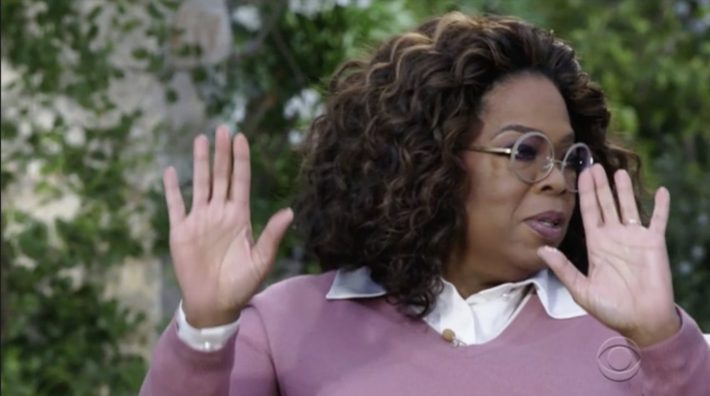 According to The Slow Factory Foundation, a non-profit dedicated to social and environmental justice, non-Black people should not spread Oprah Winfrey memes from the Prince Harry and Meghan Markle interview — because that’s supporting “digital blackface.”

“Digital blackface” is is an “online phenomenon” where white and non-Black people share images of Black people to express emotion.

“While seemingly harmless, the problem with digital blackface is that it often reinforces negative stereotypes about Black folks such as they’re aggressive, loud, sassy and simply here for your consumption and entertainment,” the post reads.

The organization added, “Performing Blackness, be it IRL or online, is not an acceptable form of expressing reaction or dissatisfaction, especially not in exchange for likes and retweets.”

“Since the #MeghanandHarry interview on Oprah, we’ve been seeing a lot of digital blackface infractions with a few of Oprah’s reaction GIFs and images going viral, but that doesn’t mean you should be using them,” the Slow Factory continued.

One popular Oprah meme shows the media mogul with a shocked expression on her face after Markle revealed to her that someone in the royal family raised concerns about baby Archie’s skin color once he was born.

Some people on social media praised the organization for raising awareness of “digital blackface.”

“Thank you for explaining this so clearly. Very helpful,” one Instagram user wrote.

“Thank you so much for this – this is something I hadn’t realized and I’m definitely going to be way more thoughtful about the gifs I choose and why,” another user wrote.

Meanwhile, others felt the Slow Factory’s messaging went too far.

“Blackface is a violent and harmful representation of black people rooted in violence. Using a gif of Oprah is NOT blackface,” one person wrote.

“Reaction pictures/gifs and memes are universal and are certainly not a part of “digital black face,” said another person. “I feel like that’s extremely divisive. People use reaction pictures of those of another race all the time and I don’t see how that’s harmful.”

The term “digital blackface” has been around for years, but writer Lauren Michele Jackson popularized it in a 2017 essay for Teen Vogue.

Where do you stand on the issue — do you believe sharing Oprah memes is a form of digital blackface? 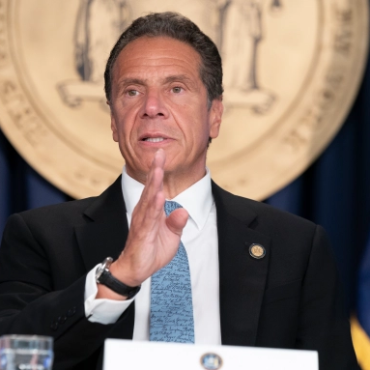 New York Gov. Andrew Cuomo is refusing to resign amid dozens of calls for his departure. via Complex: Deadline reports that in a new press briefing, he slammed these politicians for placing “opinions ahead of facts” and says he’ll keep managing his state’s affairs until the two inquiries into accusations of sexual harassment have come to an end. “People know the difference between playing politics and bowing to cancel […]