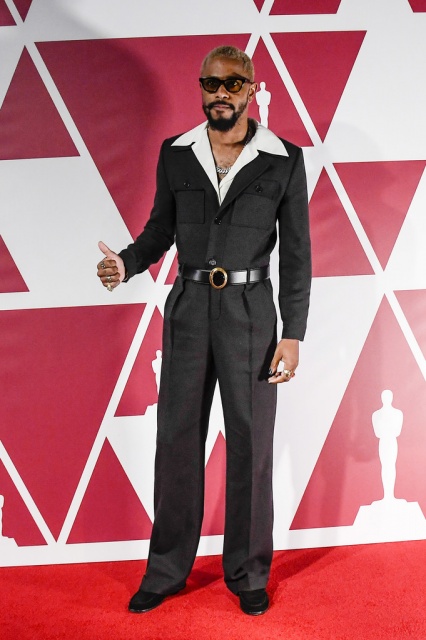 Lakeith Stanfield made sure to leave a lasting impression on the red carpet for his first Academy Awards appearance as a nominee. He’s in the running for Best Supporting Actor. Get into his casually cool ensemble at the 2021 Academy Awards inside…

Knowing Lakeith Stanfield’s personality, seeing his ensemble on the red carpet wasn’t a surprise. It fits his quirky personality and red carpet style as he usually serves up a lewk when he makes appearances.

The Judas and the Black Messiah star rolled up to a virtual screening of the Oscars in London in a custom Saint Laurent jumpsuit by Anthony Vaccerello, serving up 70s vibes and disco realness. His ensemble was a nod to Yves Saint Laurent’s early use of black suits and white collars.

Before arriving to the in-person ceremony at L.A.’s Union Station, he posted:

“Pulled up to the Oscars lookin like your uncle but since it’s a dry bar I’m going back home,” the 29-year-old actor wrote on Instagram. “Good luck to the nominees tho!”

The talented actor was in the running in the Best Supporting Actor category, up against his Black Messiah co-star Daniel Kaluuya in the category, as well as One Night in Miami’s Leslie Odom, Jr., The Trial of the Chicago 7’s Sacha Baron Cohen, and Sound of Metal’s Paul Raci. Unfortunately, Lakeith didn’t win the award. His co-star Daniel won, and Daniel made sure to shoutout his homie – highlighting his acting talents – during his acceptance speech. Sweet.

So, do we love Lakeith’s look?! 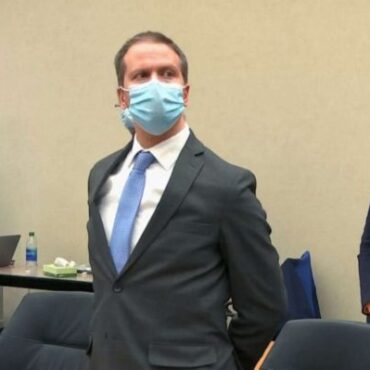 The Department of Justice is considering the possibility of charging Derek Chauvin, the man who murdered George Floyd, in connection to a 2017 incident where he is said to have knelt on a Black teenager for an entire 17 minutes. via ABC: The videos, from Sept. 4, 2017, allegedly showed Chauvin striking a Black teenager in the head so hard that the boy needed stitches, then allegedly holding the boy […]