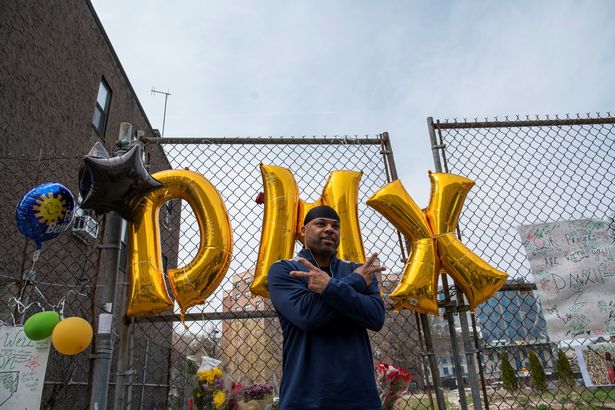 Do not donate to anyone claiming to be DMX’s family or any funds related to funeral costs — they’re all scams, according to the family.

The family also wants to make clear to not purchase ANY related merchandise — none of it’s authorized.

Another rumor that has been making the rounds in recent days involves a headline stating that Beyoncé and JAY-Z were buying DMX’s masters for a reported $10 million, and giving them to his kids for free. Swizz Beatz denied the report on Instagram, writing, “Not true king,” along with the praying hands emoji. The validity of the alleged article was immediately called into question since it mentions DMX’s 17 kids, however, he actually has 15 children.

“There have been a few rumors following our loved one, Earl Simmons’ passing that we’d like to clear up. No one has bought Earl’s masters. Additionally, we are not selling any merch or raising money for Earl’s funeral,” the family’s statement reads. “If anyone is requesting for money for his funeral please be aware the person is a scammer. We will keep the public posted on funeral/memorial service arrangements.”

DMX passed away at the age of 50 last week after suffering a heart attack possibly triggered by a drug overdose. The rapper spent his last days on life support with his family by his side and hundreds of fans gathered outside of the White Plains, N.Y. hospital where he was taken for care.

Memorial arrangements for DMX’s fans haven’t been finalized yet, but Yonkers mayor Mike Spano suggested his family use Yonkers Raceway, which could accommodate 7,500 people prior to the pandemic.

Anyone trying to scam someone’s death is pathetic — and there’s a hot place in hell for ’em.

Does Kacey Musgraves have a new man in her life? The country singer fueled dating rumors after she shared a selfie with Dr. Gerald Onuhoa, a Nashville-based doctor. via People: In the sunlit selfie, Musgraves cuddles close to Onuhoa, who wears a snapback hat and camouflage jacket. (The two also shared a similar nighttime selfie earlier this month.) In photos captured by New York Post’s Page Six, the two were also […]