DJ Khaled Is The ‘Quincy Jones Of Hip-Hop,’ According To Fat Joe [Video] 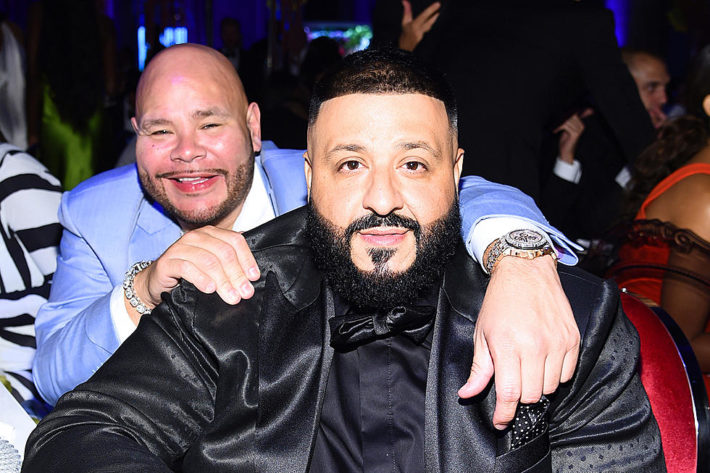 Fat Joe thinks DJ Khaled is at the top of his craft and wants Hip Hop fans to give him credit for his hard work over the years.

For just about as long as DJ Khaled has been one of the foremost figures in hip-hop and pop culture, he’s had his detractors — from critics who wonder what exactly he does to outright haters who don’t believe he actually contributes anything to the ever-expanding discography of high-profile collaborations he’s been curating all along. However, one of his most frequent collaborators, Fat Joe, became a staunch defender during a recent appearance on NORE’s Drink Champs podcast, shutting down who he calls “backseat drivers” and praising his friend with a surprising comparison.

“People take away the greatness from Khaled and they say, ‘Well he just gets a bunch of big-time rappers and puts them on the same song,’” Joe reasoned. “There’s a million DJs and producers that try that, and those ain’t hit records. And it’s been a long time since we heard Nas and Jay-Z on what to me sounds like a smash hit — that can play on the radio, [and is] streaming incredibly. So DJ Khaled really is the Quincy Jones of hip-hop right now.”

Elaborating further in the comments once the episode teaser hit Instagram, Joe addressed those outspoken nitpickers. “All these back seat drivers [and] Monday morning quarterbacks always got an opinion but can’t do it themselves. Sh*t [is] crazy to me. The term ‘Quincy jones of this time’ was used in reference to the work Khaled has put in: Years and years of hits. Obviously, there’s only one Quincy but f*ck it. Tune in tonight EXPLOSIVE lol.” He also posted his own video to Instagram addressing the controversy saying, “There’s a million guys putting a bunch of rappers together… Khaled puts out No. 1 albums, No. 1 hits, the album is incredible for me. Give the man his credit.”

It’s clear that Khaled has a few supporters in his corner ready to defend him, but for now, he’s letting the singles — which include the aforementioned “Sorry Not Sorry,” “Let It Go,” “We Going Crazy,” and more — do the talking, streaming his way to another No.1 debut.

The post DJ Khaled Is The ‘Quincy Jones Of Hip-Hop,’ According To Fat Joe [Video] appeared first on LOVEBSCOTT. 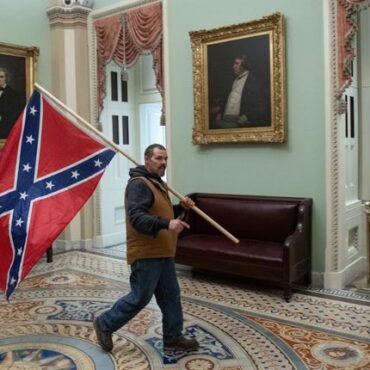 Kevin Seefried, the Man Who Stormed the Capitol With the Confederate Flag, Is Going on Family Vacation While Awaiting Trial

Kevin Seefried, the giant asshole with the even larger Confederate flag who was captured walking the halls of the Capitol during the Jan. 6 insurrection—also known as “what happens when cream chipped beef boils over”—got approval from a judge to go on a family road trip.Read more...