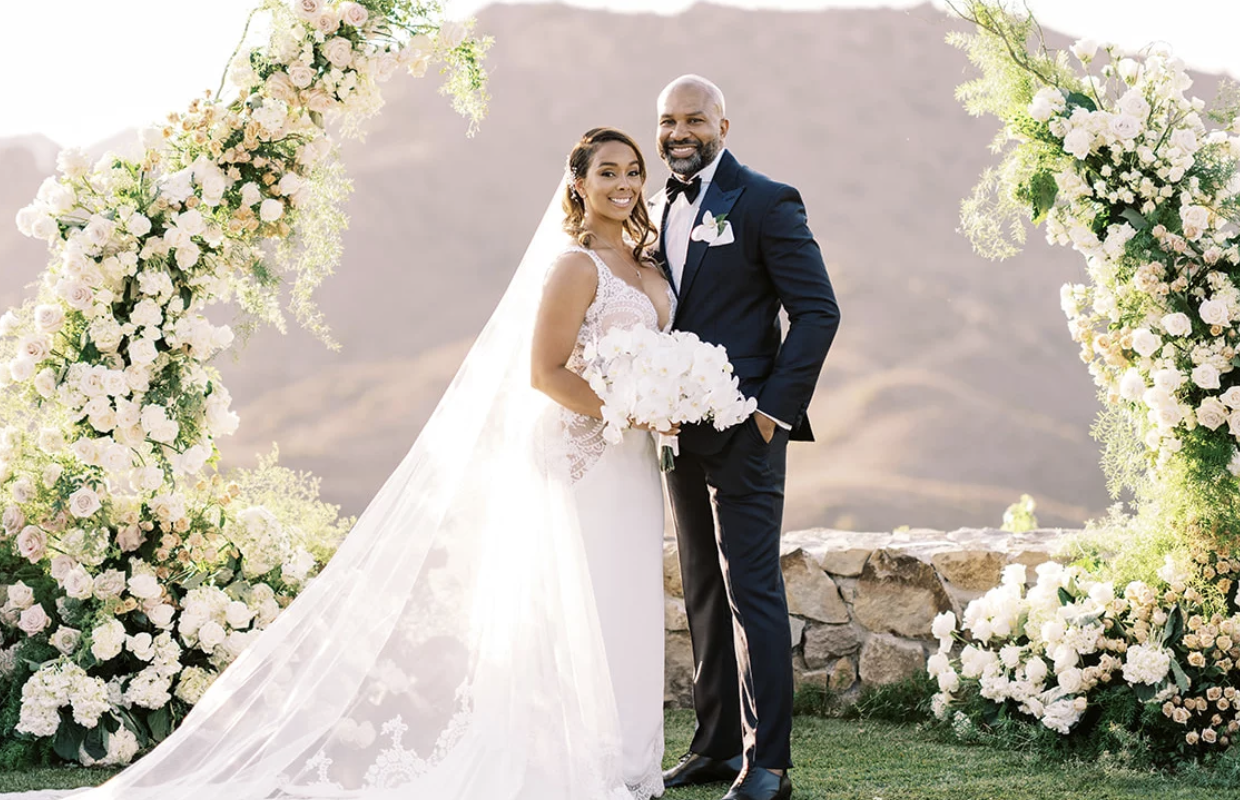 Govan and Fisher, former NBA player and current head coach for the Los Angeles Sparks, got married on Saturday at Cielo Farms in Malibu, California. The newlyweds got engaged in April 2018 after dating for three years and were forced to delay their wedding last April due to the coronavirus pandemic.

“We got engaged in 2018, and we eagerly started planning the wedding, but, unfortunately, like many, we had to cancel our big day,” Govan, 36, tells PEOPLE. “There were times we thought we should have a Zoom wedding instead of waiting but quickly realized our families being a part of the big day was important and our kids, who are just as excited as we are.”

For the big day — which was planned and designed by Kelly Patrice — Govan wore a curve-hugging gown with lace panels and beading around the waist by Monique Lhuillier. Karla Daniels created Govan’s chic up-do, while David Rodriguez was the artist behind the bride’s makeup.

The venue was decked out with specialty rentals and lighting from Premiere Party Rentals, Papillon Rentals, and Casa De Perrin, and stunning florals created by Lilla Bello. While the custom invitations were designed and produced by Wesley Sloan Designs.

Govan’s brother Eric Govan officiated the ceremony, which took place in front of a picturesque mountainscape with the couple standing underneath a stunning floral arch.

For the reception, guests dined on food from Trés LA Group’s Rob Pausmith and indulged their sweet tooths with a cake by Susie Cakes. For a caffeine boost, I Do Coffee provided a coffee bar. Partiers sipped on four different signature cocktails, representing the blended Fisher-Govan family. (Govan has two children from a previous relationship, while Fisher, 46, is a dad of four.)

“For Derek and me, our wedding has been about unity and a blending of families,” says Govan. “After the pandemic, we realized how important family really is. We could have easily eloped or filled out the paperwork and gotten it over with. But sharing this moment and event with those closest to us took priority over taking the easy route. We kept our guest list limited to those closest to us.”

And that intimate group was on hand as the couple shared their first dance to Amellarriux’s “For Real.” Music for the reception was provided by DJ Malski.

The entire evening was captured by photographer Jenny Quicksall and videographer Miguel Garcia Studios. Guests could create their own picture memories in a photo booth from MirMir.

“For both of us, this is our second marriage,” Govan tells PEOPLE. “The most exciting part about this time around is all the growth we bring to the relationship. The trials and tribulations we’ve experienced have played a huge part in who we are in our relationship today. From the start, we’ve been very honest about our expectations from our friendship to marriage.”

Adds the happy Mrs. — who will head to Thailand with Fisher in October for their honeymoon — “After almost two years of waiting here, we are — and we couldn’t be happier.”

Congrats to the happy couple. Lord knows they’ve been through a lot! 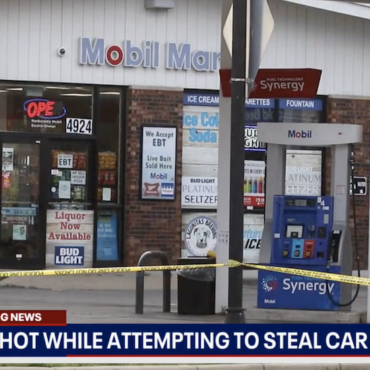 A young girl was shot while trying to steal a car at a Kenosha, Wisconsin gas station on Friday evening. via Complex: According to Fox 32, it appears that the incident occurred at a Mobile gas station that’s located just five blocks from the local police station. After pulling into the gas station, the driver got out of the car while it was still running and unattended. The girl saw […]