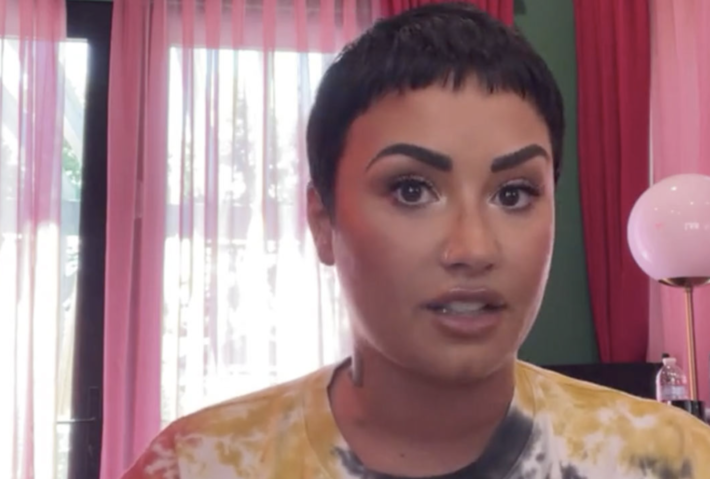 Demi Lovato thought that calling out a Los Angeles frozen yogurt store on social media for offering sugar-free options would go over well — but it did not.

Now, she’s trying to explain to fans why she made the decision to speak out about her “triggering” and “awful” experience.

On Monday, the “Dancing with the Devil” singer, 28, addressed the backlash to comments she originally made over the weekend about how she had an “extremely hard” time ordering froyo from Los Angeles-based shop The Bigg Chill due to all the sugar-free and “diet foods” they offer.

After the shop replied to Lovato, explaining that some of their items are intended for diabetics, vegans and people with Celiac disease, Lovato continued to speak out about her experience, telling the shop to “do better” and “find a way to provide an inviting environment for all people with different needs. Including eating disorders.”

In a video uploaded on her Instagram account on Monday, Lovato — who has long been open about her struggles with an eating disorder and body image — apologized for anybody she may have upset with her comments, adding that her “message has gotten misconstrued.”

“When I messaged this froyo place, originally I wanted to make a point, and I wanted to call out behaviors or branding things that didn’t sit right with me,” she said. “As someone who deals with an eating disorder and is in recovery from an eating disorder, I still to this day have a hard time walking into a froyo shop, ordering yogurt and being content with it and keeping it down.”

“I know that seems like not a huge deal to a lot of people, but to me it is,” she added

Lovato went on to explain that while she was in the store, it “wasn’t clear” to her that all of the “diet” and “health food” options were “for specific health needs.”

“I didn’t know that,” she said. “Because it wasn’t clear, I definitely jumped to conclusions and probably shouldn’t have gone about this the way that I have, but I’m willing to talk to this froyo shop to help get the messaging right.”

Opening up about why the experience had such an impact on her, Lovato shared that frozen yogurt was something she used to turn to “because it was low in calorie[s] and it just felt safe to me.”

“I know that people struggle with froyo with eating disorders,” she said. “That’s why I’m super sensitive when I walk into a froyo place and I see diet stuff.”

“This is a hard thing to live with on a daily basis,” she continued. “The thing about overcoming my addictions, my drug addictions, I can walk away from that and never touch it again for the rest of my life. I don’t ever have to do that. But I have to eat three times a day. This is something that will be with me for the rest of my life. I left that yogurt store and didn’t get the yogurt that I wanted. And then I had a hard time the rest of the weekend, to be totally transparent.”

As her video came to a close, Lovato stressed that her intention was never to come “after a small business as someone with a lot of followers.”

“I walked into a situation that didn’t sit right with me, my intuition said speak up about this, so I did. And I feel good about that,” she said. “What I don’t feel good about is some of the way it’s been interpreted and how the message has gotten misconstrued.”

Again, Lovato emphasized that she’s open to working with the frozen yogurt shop “to help align the messaging to where I feel safe going in there and I can eat the froyo that I went there for.”

“People with eating disorders should be able to go in and feel safe wherever they go to eat. That’s all I’m asking. Literally all I’m asking,” she continued. “If we can make this environment safer for everyone, including people that are in recovery from an eating disorder and just want a little froyo, if we can do that while also giving froyo to vegans and people with diabetes, let’s go.”

It’s the equivalent of a wheelchair user being upset that a place has stairs in addition to an accessibility ramp. Or someone struggling with a cigarette addiction walking into a gas station and seeing they have cigarettes — in addition to Nicorette gum. It’s a non-issue. 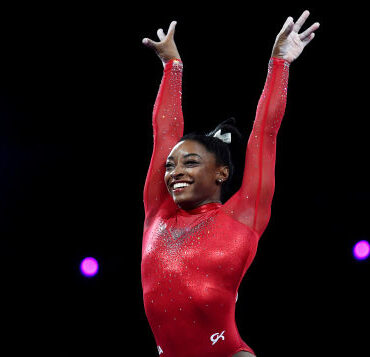 ‘I Knew I Had More to Give:’ Simone Biles on Returning to the Mat and Representing Abuse Survivors at 2021 Olympic Games

Four-time Olympic gold medalist Simone Biles is speaking out about her return to the mat for the 2021 Games.Read more...