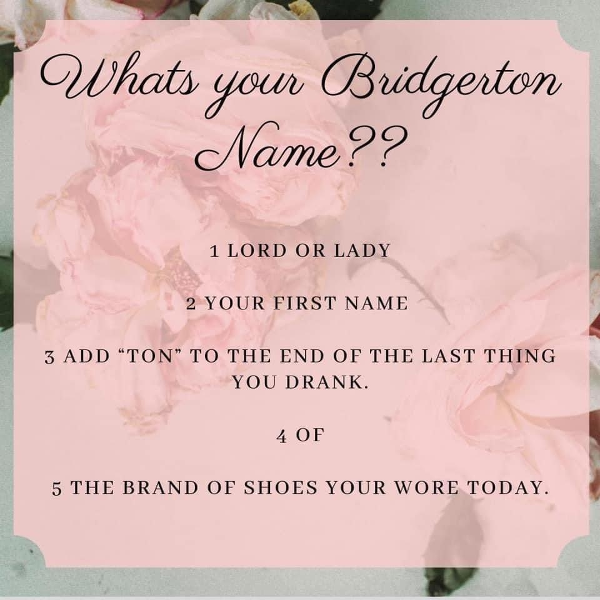 “Bridgerton” has been the talk of the town and is currently at the peak of pop culture. The Regency-era series has shattered Netflix viewership numbers like no other. More inside…

Whether you’ve watched Netflix series or not you’ve heard of “Bridgerton” before.

Your mom, sister, auntie, co-worker, boss – SOMEBODY you know watches Shonda Rhimes’ sexy, scrumptious, and deliciously dramatic drama series. In fact, millions have watched the series since it debuted Christmas 2020.

”Bridgerton” has become Netflix’ biggest series debut ever! The hit series about esteemed families of British high society and their romantic pursuits was viewed by 82 million households worldwide, a whopping 19 million more than the streaming company expected at its four-week projection.

To celebrate, Netflix tweeted a video collage of “Bridgerton” TikTok fans acting out scenes from the series (including Boyega Brides actress Danielle Pinnock), thanking fans making the series such a huge success.

Thank you for making Bridgerton our biggest series ever pic.twitter.com/Euac58hs61

Shonda also shared a post celebrating her new series’ – which has already been renewed for Season 2 – historic feat.

“I wish to be entertained.” – Queen Charlotte.

I am so moved and grateful that @shondaland has pleased Queen Charlotte and 82 million of your households around the world. Now back to work on Season 2! #biggestserieseveronNetflix #bridgerton pic.twitter.com/P7yzMgxf9Z

”I am so moved and grateful that @shondaland has pleased Queen Charlotte and 82 million of your households around the world. Now back to work on Season 2! #biggestserieseveronNetflix #bridgerton,” Shonda wrote on Twitter.

”It is with the utmost gratitude that this author shares the following news: Over 82 million households watched Shondaland’s #Bridgerton globally in its first 28 days, making our show @Netflix’s biggest series debut ever. We are most grateful for your support hit after hit,” Shonda’s production company wrote on Instagram.

Since “Bridgerton” fans can never get enough, here’s a behind-the-scenes look at how they filmed scenes at Wilton House:

Go behind the scenes with us at Wilton house! Watch @byshondaland‘s featurette over at https://t.co/y6KkcktGps pic.twitter.com/0TfAB5zh7Q

On the awards scene…

By the way, production for Season 2 will begin this Spring in the UK.

Now, with all the new Bridgerton news, you need your official royal name:

You will now be addressed as such!

Yep, A Netflix Movie About The GameStop/AMC Stock Trading Frenzy Is Already In The Works