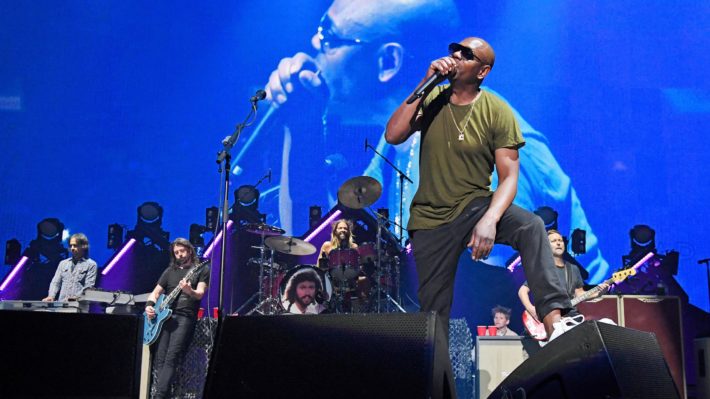 Dave Chappelle, fresh off reviving his habit of publicly nailing the Radiohead classic “Creep,” discusses the likelihood of an apology to Candace Owens in a new episode of his recently launched podcast with Talib Kweli and Yasiin Bey.

It’s been just over a year since Chappelle dropped his 8:46 special on YouTube. It was released days after George Floyd was killed, and the comedian spent a portion of that set going after the conservative commentator for trying to paint the victim of police violence as a criminal who deserved to die.

“That rotten bitch, she’s the worst,” Chappelle said on stage in front of a socially distanced crowd. “I can’t think of a worse way to make money. She’s the most articulate idiot I’ve ever seen in my fucking life.”

Now Chappelle and his co-hosts are digging even further into Owens’ role as a “mascot for colonial interests in America today,” which she has taken on in recent years despite once suing her high school for discrimination and being aided in her legal fight by the NAACP.

“So the verdict is no apology, right?” Chappelle asks after illuminating her most odious opinions. He points to an “often spoken but unwritten rule” of comedy that “you shouldn’t apologize for jokes,” calling it a “very bad precedent to set.”

“It’s like Rachel Maddow crying on the news,” he continues. “If you cry about one story, you’re going to have to cry about all these shits.” Chappelle defends his jokes about kicking Owens “in the pussy” by explaining how “cruel and dangerous” her rhetoric was at the time. While “it’s not illegal to be an asshole,” he says, he found her comments about George Floyd “particularly cruel.”

“We’ve arrived too suddenly into a culture where people can’t laugh at themselves, or want to restrain comedians. I will never be a part of that culture,” Owens tweeted at the time, adding, “@DaveChappelle—you are legend and I’d love to meet you and challenge you to say any of that to my face! All love!”

“Here’s why you were so effective in what you said about Candace Owens,” Stewart says. “Because they have held you up as an avatar of truth-telling, because you’re willing to speak your art in the way that you want to speak it.” Speaking about Owens specifically, he adds, “Her life is provocation, her brand is provocation, that’s how she makes her money.” Rather than a “genuine offer of argument and exchange of ideas,” it’s a “provocation and a troll that’s meant to increase brand recognition.”

Before moving on to a new song from the “20 years overdue” Black Star reunion album, Chappelle gets in one more joke at her expense: “By the way, Candace Owens, I’m sorry I called you ‘articulate.’”

For the full episode, which also includes Talib Kweli walking listeners through “the peculiar history of Candace Owens” and a spin of some new Black Star, click here.

The post Dave Chappelle Says He’s Not Sorry He Tore Into Candace Owens But Apologizes for Calling Her ‘Articulate’ [Video] appeared first on LOVEBSCOTT. 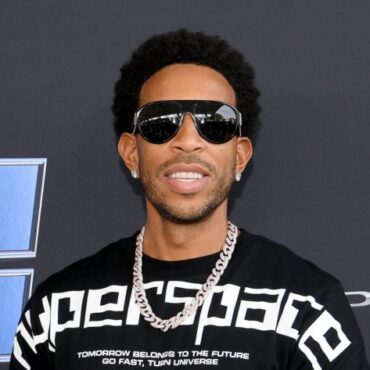 A few months ago, a video of Ludacris confidently flying a plane made its rounds on the internet, leaving people astonished with his apparent piloting prowess. However, just because he was flying a plane doesn’t mean he had his license, and now, he’s confirmed that he doesn’t yet have an official certification. via: People The three-time Grammy Award winner, 43, recently elaborated on a video he posted of himself flying […]