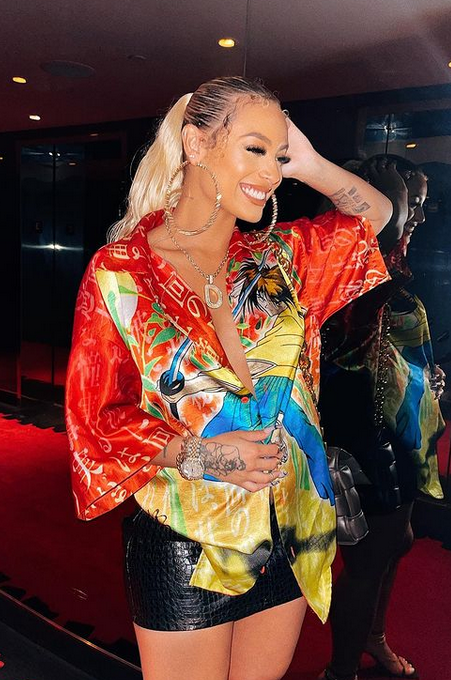 Pregnancy rumors have been swirling since March, now it’s official. DaniLeigh is pregnant. Fans are speculating who the father of Dani’s baby is. Naturally, fans think DaBaby is “DaDaddy.”

See her maternity shoot and more inside…

It’s official. DaniLeigh is having a baby.

Following months of pregnancy rumors, singer DaniLeigh has confirmed that bump is def a baby bump like we’ve been saying.

“As you grow so does my love, discipline, and focus,” she wrote in the caption of her maternity shoot. The Dominican singer showed off her growing baby bump in front of a waterfall in the Dominican Republic.

The “Yellow Bone” singer didn’t reveal who the father of her baby, but fans are understandably assuming it’s her ex-boyfriend, rapper DaBaby.

If dababy wont even buy a $68 box of candy from kids, you know he not acknowledging dani’s baby pic.twitter.com/DmFwTkEiur

Dani Leigh aka miss “yellow bone is what he want” (who’s not an actual yellow bone) is pregnant by Dababy who dropped her ass after she made that goofy song about him pic.twitter.com/a71fcWjqTI

So Dani Flea is having DaBaby baby ?

So… is Dani Leigh DaBaby BabyMama?

Pregnancy rumors first started swirling back in March when a picture of her at a meet and greet hit the Internet and went viral. The 26-year-old singer was seen wearing a red dress, which showed off what fans believed then was a growing baby bump. You can see it HERE.

A month later, Dani attended a brunch hosted by superproducer Timbaland and fans noticed her midsection looked “fuller” than usual. She also loaded some pictures on her Instagram where in one picture she has her hand placed on her stomach, further fueling pregnancy rumors. Check out the 5th slide below:

The Dominican singer and the “BOP” rapper broke up right before Valentine’s Day 2021 following that “Yellow Bone” dragging.

DaBaby has two biological children, and is also father figure to a young boy. He shares a 4-year-old daughter with his ex-Meme ) and he also considers Meme’s son from a previous relationship his child. The North Carolina rapper confirmed he had a daughter on the way in February 2020, but was adamant he didn’t cheat on Meme.

Is this baby #3 for DaBaby? Time will tell… 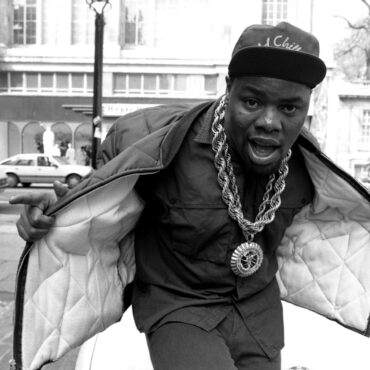 Hip-Hop Legend Biz Markie has Passed Away at Age 57

The Hip-Hop legend, “Clown Prince of Rap,” singer, DJ, record producer, actor, comedian, and writer Biz Markie has passed away at the age of 57.  A rep confirmed the “Just a Friend” rapper passed away from complications from diabetes at 6:25 PM this evening in a Baltimore hospital with his wife by his side holding his hand. The rep made a statement saying “we are grateful for the many calls […]