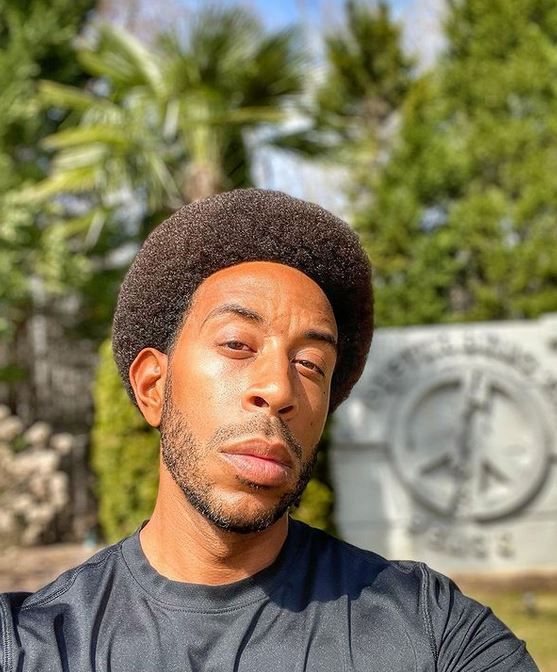 Ludacris has a new animated children’s series – along with “revolutionary children’s music” – coming to Netflix in his new animated series, “Karma’s World.” And the cute project is inspired by his daughter, Karma. More inside…

Chris “Ludacris” Bridges has a new project coming to Netflix. And he’s mixing his love for music and his daughter in the new series.

The multi-hyphenate entertainer is the creator and executive producer of “Karma’s World,” a new Netflix animated musical kid series – that’s 13 years in the making – inspired by his eldest daughter, Karma Bridges. The Hip Hop artist said he gearing up to deliver some banging music for the kids that even their parents will love.  He called it “revolutionary children’s music.”

”What I’m saying is the parents will probably like the songs even more than the children,” he shared.

The rapper explained how the series has unfolded in real life:

“It kicked off in terms of her coming into my studio and saying she wanted to rap, and I kind of kicked her out, but she was so consistent that one day I had to sit her down and have a father-daughter talk,” he said. “I was letting her know if she wanted to do music, she has to talk about what goes on in her world the same way Daddy talks about what goes on in his world.”

Luda said he thought about things we went through as a kid and he also thought about struggles his three daughters have to overcome as they mature. He said “Karma’s World” centers on a rhyming, singing 10-year-old while also addressing issues facing young girls. “Karma’s World” music address topics like self-esteem, body positivity, discrimination and leadership, but the music is still catchy.

“We just decided that she can change the world with her music, the same way, humbly speaking, that Daddy has changed the world and made a niche for himself with his music,” said Luda.

Peep a clip below:

The Fast & Furious actor shared his USA Today feature on his Instagram, writing, “THE WORLD IS ABOUT TO CHANGE FOR THE BETTER!! Thank you @usatoday for the love & first glimpse into my new animated series #KarmasWorld coming to @netflix. To see the full interview and a first look at the series click the link in my Instagram bio!#KarmasWorld #ludacris #KidsTV #Netflix #NetflixFamily #KidsMedia #KidsContent #FirstLook #SneakPeek”

Below is the full interview:

Sounds exciting. No word yet when it drops, but we’ll be sure to let you know when it does.

Raven-Symone Gears Up To Tackle Home Design Disasters In New Show, ‘What Not To Design’

Raven-Symone just landed a new gig! She’ll be hosting a new show titled “What Not Not To Design,” which is a spin-off of the long-running series “What Not To Wear.” Deets inside… Raven-Symone is gearing up to host a new show!  If sis doesn't do anything else, she KEEPS a check. The 35-year-old actress is obsessed with interior design, so it’s only right she shares her talents for a new show about redesigning houses for people who don’t have the […]