Nick Cannon is a dad again. “Wild ‘N Out” girl Alyssa Scott welcomed a baby boy not long after sharing flicks from a maternity photoshoot with Nick. Deets inside…

“I will love you for eternity 6•23•21,” she captioned pictures of herself holding her baby boy Zen. Nick was not in any of the pictures, nor was he in any of Abby’s pictures after she gave birth.

This is the FOURTH baby Nick Cannon welcomed in a year, and the third in June.

#AlyssaScott posted a Father’s Day tribute featuring #NickCannon and one of her maternity shoot pics which confirms he is in fact the father of her baby on the way. Nick also just welcomed twins with #AbbyDeLaRosa last week.

#NickCannon and #AlyssaScott pose it up in new maternity pics, shot by @nickandreww. Alyssa says she’s due soon… https://t.co/7FTYl6mudZ pic.twitter.com/Ztf3VuoiLL

Alyssa has since deleted the maternity shoot flicks from her IG.

Ati @NickCannon always shows up to the maternity shoot.#SmartEagles pic.twitter.com/EXdc6Weo28

Baby Zen is the 40-year-old’s 7th baby. He shares twin boys, Zion and Zillion, with Abby De La Rose, who were born on June 14th.

Nick has also been in a relationship with model and former video vixen Lanisha Cole throughout both of the latest pregnancies and even currently, as far as we know. She has been off and on about whether they’re together. Lanisha has yet to speak on this new alleged pregnancy news, but she’s been on social media sharing Happy 4th of July videos:

The “Masked Singer” host was also dating model Jessica White when Brittany announced her pregnancy. They broke up, and he started dating Lanisha. 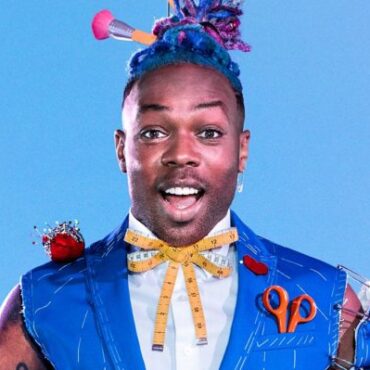 Todrick Hall’s Los Angeles Home Burglarized While He Was in London, $50K of Goods Stolen [Photo]

Todrick Hall was reportedly the victim of a home burglary where robbers made off with ‘$50K’ worth of his valuables. via: People The YouTuber, 36, told police on Saturday that at least $50,000 worth of handbags and other personal items were stolen, according to TMZ. The loss could turn out to be even more damaging, as Hall still has to account for everything missing from his possession while the LAPD […]