CURVES AHEAD: Megan & Cardi B Show OUT For Their ‘WAP’ Debut Performance At The Grammys 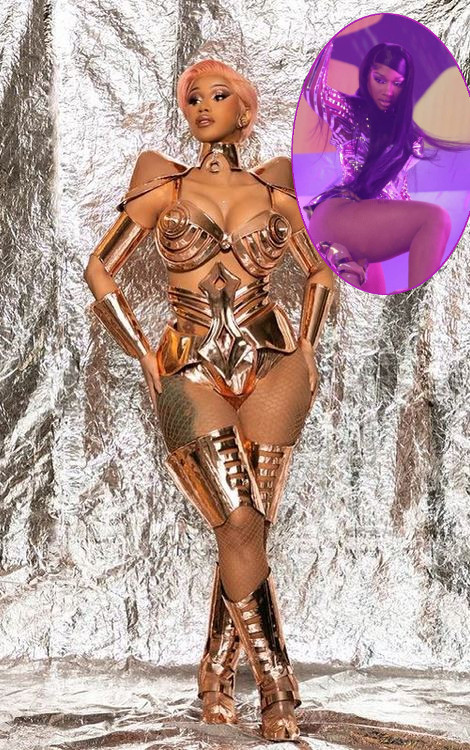 Megan Thee Stallion and Cardi B joined forces on stage for their first performance of their chart topper “WAP” at the 2021 Grammy Awards. And the Grammys never seen this much a$$ and thiccness on the stage before.  Peep their racy set inside…

Megan Thee Stallion and Cardi B teamed up to turn up the heat at the 93rd annual Academy Awards, bringing “WAP” to primetime television.

Both ladies kicked off solo performances, rapping through a few of their hit songs before coming together to perform their Billboard Hot 100 No. 1 track “WAP.” It’s the first time the ladies performed the track together.

Based on the title, you could assume the performance would be for “grown folks.” Host Trevor Noah prefaced the ladies performance with a mini-disclaimer, “If you have small children in the room, just tell them it’s a song about giving a cat a bath.”

The rap queens took fans from the stripper pole to a giant-sized bed as they busted out a few eight counts with twerks in between. The equally curvy backup dancers were killing it too. We love to see it!

Watch the full performance below:

Oh, and host Trevor Noah shared a flick of his “backup dancer duties”:

When they write my story… may this picture prove that I was a backup dancer for @iamcardib pic.twitter.com/6xr0TBM16B

Thank you bardi I can’t wait for everyone to see us kill it Tonight https://t.co/ACK5YzYmCC

The “UP” raptress’ shared her “heavy” gladiator-themed performance fit was custom-made by Rey Ortiz and she was styled by Kollin Carter.

The fashion designer talked about the makings of the “painful, heavy but sexy nightmare” Grammy ‘fit on Instagram:

It takes a village, chile.

And Cardi has a message to the haters trashing the provocative lyrics in “WAP”:

When has a school made kids read the lyrics to wap? I get it wap might be a lil vulgar but stop comparing a sensual song to books that has RACIST content! How can ya not tell the difference?I see that common sense aint that common. https://t.co/xyzbzrPZri

By the way Dr Seuss publishing company made the decisions to remove those books on their own .Black people are not the one telling these companies to do things that they think Is “progressive” black only ask for equal justice . https://t.co/F34fphVBIb

Conservatives been making viral tweets comparing WAP to the banning of some of Dr Seuss books as if there’s any correlations between the two ….Well I can DEFINITELY tell some of ya ONLY read dr Seuss books  cause ya mind lacks comprehension. https://t.co/F34fphVBIb

And that’s that on that. 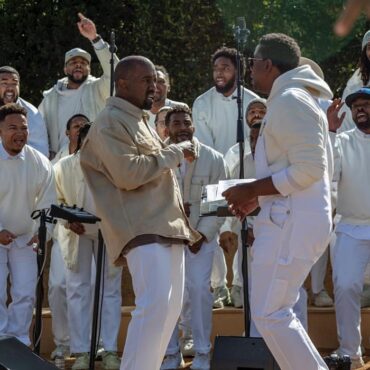 Kanye West won a Grammy Award last night, marking his 22nd win. He was nominated in the Best Contemporary Christian Music Album category for the first time and won! More inside… Kanye West was not physically present for the scaled-down 93rd annual Academy Awards, but he ended up a winner of the night. The Chi-town native – who’s currently going through a divorce from Kim Kardashian – was nominated in […]