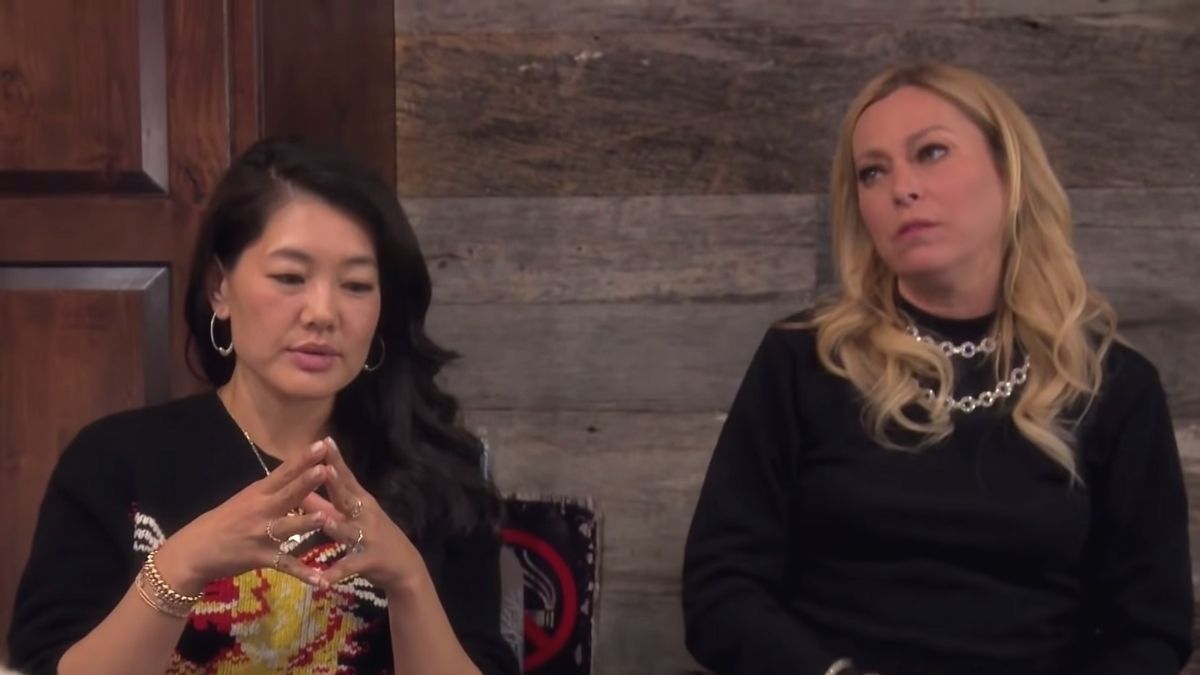 Just when you thought Sutton Stracke and Crystal Kunk Minkoff of ‘The Real Housewives of Beverly Hills’ have made amends — think again.

Wednesday’s episode of the Bravo reality series picked up where things left off last week, with Crystal, 38, and Sutton, 50, continuing to disagree about confronting racial stereotypes while speaking with costar Kyle Richards.

Sutton started tearing up and pleaded for Crystal to stop having their debate over the controversial “I don’t see color” statement, leading Crystal to eventually conclude that they could all “agree to disagree” on the matter before the trio went to bed.

The next day, Sutton pulled Crystal aside to address their heated exchange. “I don’t know quite why I reacted [the way I did]. I just didn’t want you to think that I’m not sensitive to another race or another culture,” Sutton began.

“I believe that you see everyone equally,” Crystal said, to which Sutton responded, “Yeah, of course. For me, what really set me off was when you said, ‘Are you the girl that says, “I don’t see color?”‘ That was insulting.

While trying to understand how Crystal could believe that the controversial statement was “confusing,” Sutton still argued that “it wasn’t cool” to be labeled as “that girl” — something that ultimately “struck a nerve” for her.

“I’m sorry,” Crystal said. “You know what, I get it. But I have been on the other side of racism. I’ve been attacked. ‘People see color,’ that comment actually holds people back [in] society.”

Sutton, who admitted to being “on guard” about being perceived as racist due to her Southern roots, told Crystal: “If I offended you or made you feel angry at me for crying — I don’t know, I didn’t mean to do that.”

To that, Crystal said she appreciated their honest conversation.

But while the drama appeared to subside, things took a turn when the RHOBH ladies gathered for dinner.

Sutton brought up her argument with Crystal while chatting with Erika Girardi, Lisa Rinna and Dorit Kemsley. Addressing Erika directly, Sutton asked: “Don’t you feel like as Southern girls, we always have to defend ourself? Almost prove that we’re not racist?”

Erika, 49, simply said “no” in response and Dorit, 44, subsequently suggested that the pair likely have different perspectives since Erika grew up in “multicultural” areas like Los Angeles and New York.

Sutton, however, argued that it wasn’t a fair assessment to make.

After Dorit indicated that she meant no harm by her comments, the veteran Housewife privately conversed with other cast members about what unfolded. From there, newly-minted “friend” Kathy Hilton secretly asked Dorit to do a martini chugging prank where they swapped alcohol for water. Dorit, without Kathy’s knowledge, also pulled Lisa, 57, and Erika into a similar prank.

Since the RHOBH women were sneakily texting while at the table, Sutton assumed that “something’s up.” She then told Crystal, Kathy, 62, and Garcelle Beauvais on the ride home that she “could tell there was a joke going on” and that she didn’t like not “being in” on it.

Upon realizing that Sutton wasn’t aware of what was going on, Crystal attempted to subtly kick Sutton as she whispered to her about the double-prank. Getting out of the car, Sutton got emotional about not being involved in the drink prank.

Due to Sutton’s emotional state, Garcelle bluntly asked Dorit and Erika if they were texting at the table about Sutton. When they confirmed that they weren’t, Sutton got mad at Garcelle for asking them in the first place.

“This girl has lost her mind,” Crystal said privately to Kathy. “Why is it about her?”

Confronting the group about the situation, Sutton requested that Crystal “be honest” about there being a joke going on. Garcelle noted that the newcomer had “nothing to do with it,” and then Sutton complained about Crystal kicking her in the van.

Sutton then went into the house with Kyle and said she didn’t want to be entangled in the drama since she is a “grown woman” — leading the Halloween Kills actress to say: “Then act like one.”

Later, as the group reconvened, Sutton asked for the ladies to “raise your hand” about being in on the joke. When Dorit, Lisa and Erika obliged, Sutton said, “That’s not nice.”

Garcelle then explained that the ladies who were in on the joke were all “punking each other,” and Crystal added that she only kicked Sutton to make sure the prank didn’t get ruined.

“You lost your mind about it,” said Crystal before Sutton declared that she’s “never” had a friend kick her before.

After Crystal told Sutton she was being “ridiculous,” the actress apologized and told her to “move on” from the situation. Sutton then began tearing up while explaining how she “can’t do this” and just wanted to go to bed.

In a confessional, Crystal said that Sutton “is just proving to me that she’s the kind of person that I thought she was last night.”

When she later addressed the argument on a phone call with a pal, Crystal said: “Oh, my God. Like, we went at it last night, we went at it tonight. But like, she’s a little bats— crazy.”

“She’s just really going after me. I’m like, ‘Okay, no loss for me,’” she continued. “It’s to an unhealthy level for her. It scares me. She’s, like, losing her mind.”

It looks like Sutton’s going to have a rough season. Hopefully that diamond was worth it. 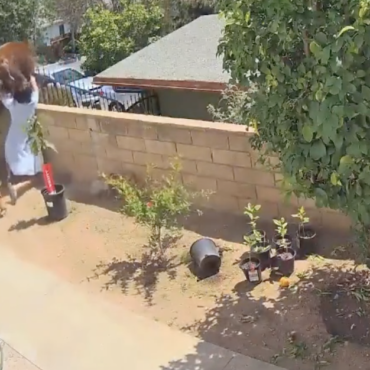 By now you’ve probably seen the video of a woman shoving a bear off of a ledge to save her dogs. 17-year-old Hailey Morinico is the brave (stupid?) woman in the clip and she’s sharing a bit more about what went down. via Complex: Morinico said she heard her dogs barking when she went over to quiet them when she made the discovery. “I go to tell them to stop and […]