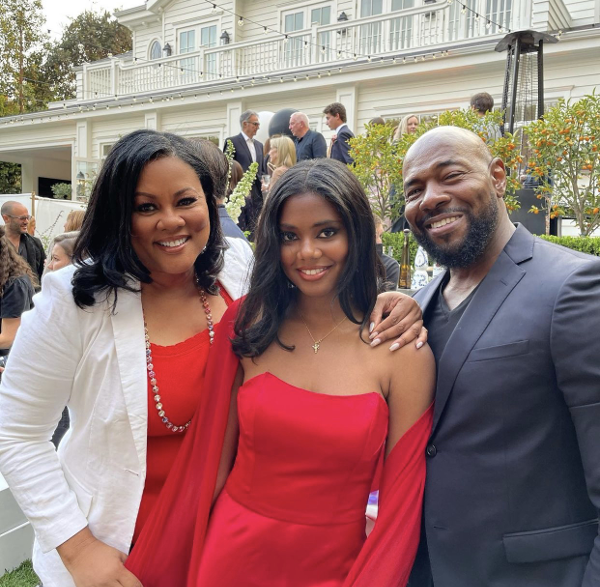 Lela Rochon and Antoine Fuqua’s daughter, Asia Rochon Fuqua, is all grown up! And she’s a replica of her gorgeous mother. Go inside to see Asia serve up vintage fab in her mother’s red hot red carpet dress from the 90s for her prom inside….

In the 90s, actress Lela Rochon was stepping on NECKS! OKAY?!

Waiting to Exhale, directed by Forest Whitaker and starring Lela Rochon, Loretta Devine, Whitney Houston and Angela Bassett, premiered at NYC’s Ziegfeld Theater in 1995 and Lela pulled up on the red carpet looking like a bag of money honey. The bomb actress served up sexy in a gorgeous red gown. The gown must have been a favorite because she put it away juuuuuust in case. And we’re sure she’s glad she did.

The Harlem Nights actress whipped out the red satin dress for her daughter Asia Rochon Fuqua to wear to prom. When she first decided to save the gown, she wasn’t sure why. Now, she knows.

”Yes I saved the dress… wasn’t sure why but now I know,” Lela captioned.

Lela and her husband Antoine Fuqua (yes, chile, they’re still together) saw their stunning daughter off to prom this weekend. And Asia’s prom look was perfection! Her date was a cutie too. Check it:

Lela literally gave birth to herself because her daughter is a spitting image of her!

This fall, Asia is headed to the University of Southern California, joining other notable celeb kids, including Natalia Bryant and Storm Reid.

In other news, it appears Lela and Antoine are still going strong after KISSGATE in Italy with Eddie Murphy’s ex-wife Nicole Murphy. In case you missed that drama, catch up HERE.

If “That’s my man, I’mma stick beside him” was a person…. 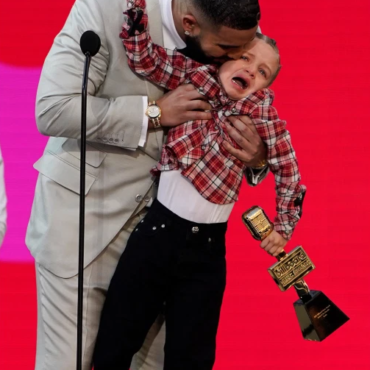 Drake was named Artist of the Decade at the Billboard Music Awards last night. And he brought out a special guest: his 3-year-old son Adonis. Watch the toddler cut up on stage inside… Drake made it a family affair as he solidified himself as a Hip Hop legend during the 2021 Billboard Music Awards! Last night, the Young Money rapper - decked out in a Tom Ford suit - received […]