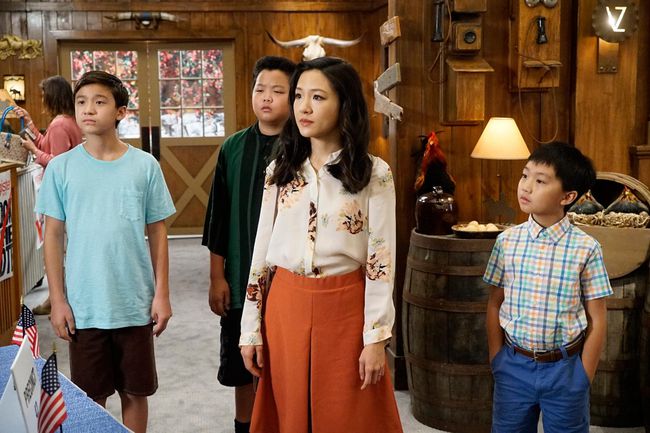 Constance Wu is speaking out about her troubling experience working on ‘Fresh Off the Boat.’

In a conversation with The Atlantic on Friday to promote her new book Making a Scene, the actress, 40, revealed that she faced “sexual harassment and intimidation” on the set of the ABC sitcom by one of the show’s producers.

Though she was uncomfortable with the situation, Wu said she did not come forward with the story at the time in order to protect the show and its impact on the Asian American community.

Reps for ABC did not immediately respond to PEOPLE’s request for comment.

“My publisher really encouraged me to write [about] it … I was like, ‘No I’m done with that chapter in my life,’” Wu recalled on stage to The Atlantic’s reporter. “And then I eventually realized it was important to talk about because I did have a pretty traumatic experience my first couple years on that show, and nobody knew about it because that show was historic for Asian Americans.”

“It was the only show on network television in over 20 years to star Asian Americans, and I did not want to sully the reputation of the one show we had representing us,” she continued. “I kept my mouth shut for a really long time about a lot of sexual harassment and intimidation that I received the first two seasons of the show.”

Once the show became “a success” on ABC, the Crazy Rich Asians star said she felt a sense of confidence to say “no” to the unidentified producer.

But that didn’t necessarily solve things, as Wu noted, “The thing is bad feelings don’t go away just because you will them to. They are inevitably going to come out somewhere.”

The Hustlers star then addressed her 2019 tweet, in which she publicly expressed her disappointment after the show’s renewal — a decision that not only led to mass criticism, but also one that led her to eventually attempt suicide.

“I made some very profane, reckless tweets that sort of ignited this whole pile-on of hatred towards me because I just had a hit movie, Crazy Rich Asians, so it looked really bad from the outside. Like, ‘Oh, she thinks she’s this big movie star,’” Wu explained. “When really, I wanted to have a fresh slate where I didn’t have to start a show with all these memories of abuse.”

“A few people knew [the harassment] was happening, and to go to work every day and see those people who knew that he was sexually harassing me, being ‘buddy-buddy’ with him, it felt like a betrayal every time,” she added. “And I don’t blame them because he could fire them too.”

Through tears, Wu continued: “I loved everybody on that crew, and I loved working on that show, but it had that history of abuse, that it started with, and even though I handled it after two years, I was looking forward to a clean slate.”

Going back to her original point from earlier, Wu noted, “Those tweets that came out were the emotions I suppressed that I thought I could will away, coming out in another way.”

She then revealed how the experience led her to take a break from her career, go to therapy and “ultimately come out better because of it.”

“Every time I talk about it, I start crying. It was really hard to hold it in for so long,” the actress added as she wiped away tears.

Wu starred in Fresh Off the Boat from 2015 to 2020 for six seasons. While complaining about its sixth season renewal in May 2019, Wu tweeted about how she was “so upset” and “literally crying.”

As a fan congratulated her on the “great news,” Wu said: “No it’s not.”

Wu later retracted her initial statement, explaining that her tweets were “on the heels of rough day & were ill timed w/ the news of the show.” She added, “Plz know, I’m so grateful for FOTB renewal. I love the cast & crew. I’m proud to be a part of it.”

The tweets ultimately sparked outrage from fans who didn’t think the rising Crazy Rich Asians was appreciative of her position on the ABC comedy, prompting Wu to leave social media for three years.

Speaking to the Los Angeles Times about her outburst months later, Wu claimed she was upset by the renewal since it prevented her from starring in a film she wanted to be a part of. “I had this moment of heat where I got upset because I had to give up a job I had been looking forward to and had been chasing for a while,” she said.

Upon returning to the platforms this past July, Wu shared a lengthy statement that addressed what happened during her time away from social media, how she had attempted suicide following the backlash and her plans to release a memoir of deeply personal essays.

“I was afraid of coming back on social media because I almost lost my life from it: 3 years ago, when I made careless tweets about the renewal of my TV show, it ignited outrage and internet shaming that got pretty severe,” she wrote in a tweet posted Jul. 14. “I felt awful about what I’d said, and when a few DMs from a fellow Asian actress told me I’d become a blight on the Asian American community, I started feeling like I didn’t even deserve to live anymore. That I was a disgrace to AsAms, and they’d be better off without me.”

Luckily, a friend found her and rushed her to the ER, which Wu called “a scary moment that made me reassess a lot in my life.”

“For the next few years, I put my career aside to focus on my mental health. AsAms don’t talk about mental health enough. While we’re quick to celebrate representation wins, there’s a lot of avoidance around the more uncomfortable issues within our community,” she explained, in part. “Even my tweets became a subject so touchy that most of my AsAm colleagues decided that was the time to avoid me or ice me out. I’ll admit it hurt a lot, but it also made me realize how important it is to reach out and care for people who are going through a hard time.”

“After a little break from Hollywood and a lot of therapy I feel OK enough to venture back on here (at least for a little bit). And even though I’m scared, I’ve decided that I owe it to the me-of-3-years-ago to be brave and share my story so that it might help someone with theirs,” she added at the end of her note.

The seemingly random tweet from Constance that caused all that commotion makes so much more sense now. You never know what people are dealing with internally.

The post Constance Wu Says She Experienced ‘Sexual Harassment and Intimidation’ by ‘Fresh Off the Boat’ Producer appeared first on LOVEBSCOTT. 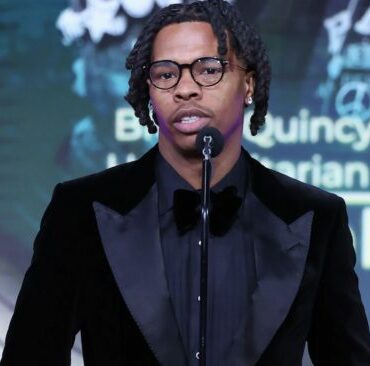 Lil Baby was honored with the Quincy Jones Humanitarian Award at Black Music Action Coalition’s second annual Music in Action Awards Gala, which took place Thursday night at the Beverly Hilton in Beverly Hills. via: Uproxx For the past three years, Baby has hosted Back To School Fest, in which he has provided children in Atlanta with backpacks and school supplies ahead of their first days of school. He has […]