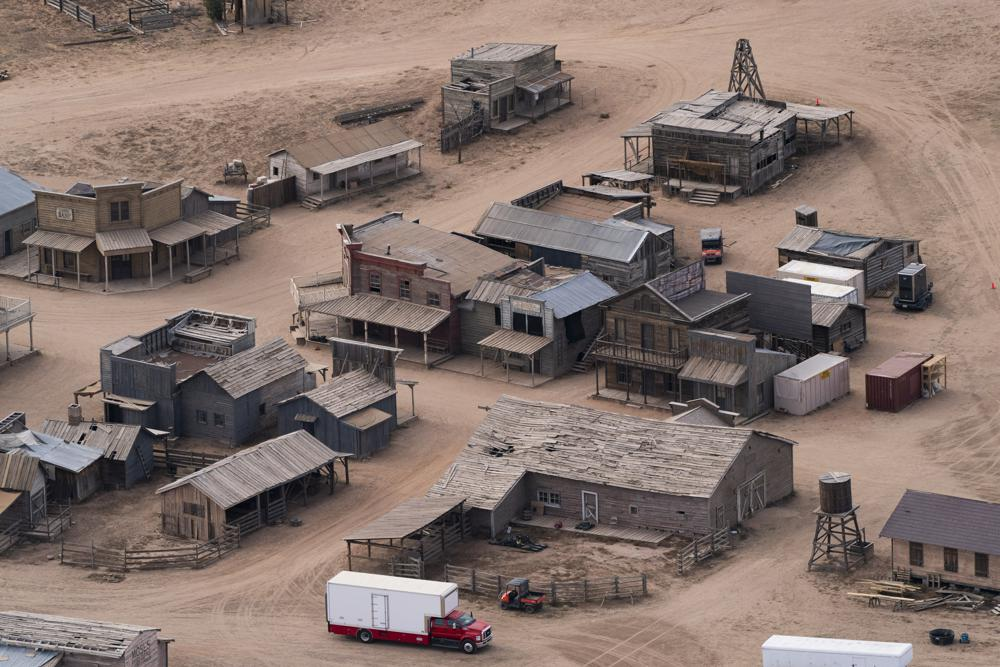 As new details continue to trickle in about the fatal shooting involving actor Alec Baldwin that happened on the set of the Western film, RUST, conspiracy theories about how it happened are running rampant online.

Find out what actress Janet Hubert said about the fatal shooting, plus details about Donald Trump Jr. selling t-shirts mocking Alec inside…

On October 21st, a fatal shooting occurred on the set of a new Western film in New Mexico.

According to reports, actor Alec Baldwin fired a “prop gun” that had live ammunition in it while rehearsing a scene inside a structure at Bonanza Creek Ranch. The fired shots ended up accidentally striking cinematographer Halyna Hutchins, 42, in the chest and the film’s director Joel Souza, 48, in the shoulder. Halyna was airlifted to a hospital in Albuquerque, where she died. Souza was taken by ambulance to a hospital in Santa Fe and was released the next day.

Right after the shooting, Alec – who is also a producer of the film – willingly went to the sheriff’s office and provided a statement to investigators. Photos of a frantic Alec in the parking lot of the police station went viral.

Now, people are speculating how live ammunition got into the “prop gun” in the first place, launching conspiracy theories.

Turns out, folks believe Alec was set up by a Trump supporter, including actress Janet Hubert.

Am I crazy, but my first thought was Baldwin was given this gun on purpose from someone to get back at him for his Trump impersonations? I have never seen prop guns sitting out on set EVER Then to photograph his pain and give it to the press! Hmmmm, so very heartless, TRUMPERS? pic.twitter.com/rLcHs7H2M1

“Am I crazy, but my first thought was Baldwin was given this gun on purpose from someone to get back at him for his Trump impersonations?,” the “Fresh Prince” alum asked on Twitter. “I have never seen prop guns sitting out on set EVERAstonished face Then to photograph his pain and give it to the press! Hmmmm, so very heartless, TRUMPERS?”

It’s no secret Alec is a liberal who publicly criticised former president Donald Trump and even mocked Trump in a parody on “Saturday Night Live.”

Janet Hubert isn’t the only person who thinks the incident could have possibly been a set up:

Did MAGA setup Alec? As retribution for playing Trump on SNL? I can ask right?

A “live round” found in the prop gun Alec Baldwin was using, and clearly had no idea was there, sounds like a setup/intentional by another party

According to a search warrant affidavit, first assistant director David Halls (who handed Alec Baldwin the gun that fired the fatal shot) told detectives that he failed to check all the rounds loaded in the weapon prior to the lethal shooting of cinematographer Halyna Hutchins.

“David advised when Hannah showed him the firearm before continuing rehearsal, he could only remember seeing three rounds. He advised he should have checked all of them but didn’t, and couldn’t recall if she spun the drum,” the affidavit said.

An earlier affidavit stated Halls shouted “cold gun” (meaning the gun did not have a blank or a live round that contained gunpowder that could explode), before handing it to Baldwin.

Investigators added the request to search the van after interviewing several members of the movie crew, including Gutierrez, who told investigators the weapons used in filming were stored in a safe inside the van or “prop truck” to which only a few people had access and the combination.

Oh, and get this…

Hours before the shooting, about six members of the camera crew walked off the set over working conditions, according to an affidavit accompanying a request for a search warrant. Crew members had complained to producers about long workdays — often exceeding 13 hours — and delayed paychecks, according to people involved in the production. Another crew had been hired, but the production faced delays, according to the affidavit.

There were at least two accidental gun discharges on the set on Oct. 16, days before the fatal shooting, according to three former members of the film’s crew. The discharges occurred inside a cabin used as a set location, and Ms. Hutchins was among the production team members inside, the former crew members said.

One of the reported points of contention was lodging – crew members said they were told their hotel rooms in Santa Fe would be paid for, only to find out that they were instead told to stay in Albuquerque, roughly 60 miles away.

The crew members, who are part the International Alliance of Theatrical Stage Employees, reported seeing non-union employees arrive to replace them Thursday as they prepared to leave the set.

An insider revealed live ammunition was left in the gun after a group of crew members had taken the firearm to go “plinking,” which is described as a hobby in which people shoot at beer cans with live ammunition, amid production of the film.

The fatal shooting is still being investigated and it’s possible criminal charges could be brought up.

The Santa Fe County district attorney said on Tuesday that she was not ruling out criminal charges in last week’s fatal shooting on a film set. The actor Alec Baldwin was rehearsing with a gun that he had been told did not contain live ammunition when it went off, killing the film’s cinematographer and wounding its director.

“We haven’t ruled out anything,” the district attorney, Mary Carmack-Altwies, said in a telephone interview. “Everything at this point, including criminal charges, is on the table.”

Ms. Carmack-Altwies said that the investigation was focusing on ballistics in an effort to determine what kind of round was in the gun that killed Halyna Hutchins, the cinematographer — and who had placed the ammunition in the gun.

“There were an enormous amount of bullets on this set, and we need to find out what kinds they were,” Ms. Carmack-Altwies said. Detectives said that they recovered three revolvers, spent casings and ammunition — in boxes, loose and in a fanny pack — while executing a search warrant on the set, according to an inventory of the items released on Monday. The inventory did not specify what kind of ammunition was found on the set.

Donald Trump Jr., the son of former president Donald Trump, is selling shirts on his website that mock the fatal shooting incident. The shirts have “guns don’t kill people, Alec Baldwin kills people” written across the front of the shirt.

TRASH. Just when you thought it wasn’t possible, the Trump Family reaches a new LOW. 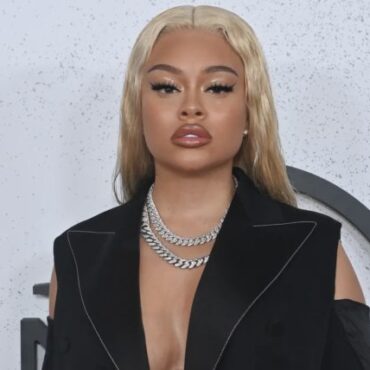 When Latto released the pop-leaning “Big Energy,” the first new single from the follow-up to her debut album Queen Of Da Souf, some fans weren’t sure what to make of her stylistic evolution. via: Revolt “This pussy plain jane, this pussy untouched/ Y’all bitches passed around bussed down, ain’t worth too much,” Latto raps. “This a skeleton AP, but me I’m thick as fuck, how the hell I’m pescatarian in […]