The self-proclaimed Queen of Rap is back! Nicki Minaj hopped on social media last night to announce the re-release of her “Beam Me Up Scotty” mixtape on the project’s 12th anniversary. Drake dropped in on her IG Live to announce their new track.

Also, that pink ICON hat she wore recently sold out. More inside…

Earlier this week, Nicki Minaj popped up on social media and teased something new coming this weekend. And it’s here.

The 37-year-old raptress hopped on Instagram Live last night to announce she is re-releasing her hit 2009 mixtape, “Beam Me Up Scotty” on streaming platforms for the first time. This year marks the 12-year anniversary of the iconic collection of tracks, and the first time she has blessed fans with its commercial release.

The re-release will include three new tracks – one of them featuring both Drake and Lil Wayne. Yep, the Young Money gang is back together again.

Decked out in a light blue Fendi jumpsuit, the “Barbie Tingz” rapper sat down to chop it up with her Barbz for the first time since her motherhood hiatus. Mrs. Petty’s Young Money labelmate Drake hopped in her comments section before she invited him to join her on Live. He hopped on and they shared some friendly banter, showering each other with praise.

Check out a few clips below:

The QUEEN raptress also talked about how her six-month-old son, who she affectionately calls Papa Bear, saying “mommy” for the first time:

Here’s the Live below:

Almost one million fans tuned in late last night when Drizzy hopped on the Live:

You can listen to Nicki’s re-released “Beam Me Up Scotty” mixtape below:

This year, Nicki will also release a new docuseries coming to HBO Max. The series is directed by six-time Emmy® nominee Michael John Warren, who made his directorial debut with Jay-Z’s “Fade to Black.”

Each of the six half-hour episodes of this untitled project will explore Nicki’s brilliantly creative mind and tell the story of her personal and professional journey. With complete honesty, Nicki will guide viewers through the most challenging and fulfilling times in her life, navigating highs, lows and misguided agendas in her stratospheric rise to fame and her journey to motherhood.

When Nicki made her return to social media earlier this week, she shared two flicks of herself wearing nothing but jewelry and pink Crocs. The pink Crocs instantly sold out and the website even crashed.

Now, the pink ICON hat she wore in different flicks (above) have sold out! Fans were quick to scoop up the $166 hat after seeing Nicki’s hot shots.

Not Nicki’s Pink “Icon” hat already sold out ! You all r not playing pic.twitter.com/1VnsD96jMt

A few of Nicki’s celeb friends, Saweetie, GHerbo & more – have been sounding off about her comeback:

The Nicki Minaj, Drake, Wayne record is amazing. What a feel-good nostalgic feeling, needed this!

By the way, Nicki is making some noise on the music charts already:

.@NICKIMINAJ‘s “Itty Bitty Piggy” has entered the top 10 on US iTunes.

.@NickiMinaj once again occupies the Top 2 spots on US iTunes! pic.twitter.com/qubjeAfeTm

The self-proclaimed Queen of Rap has returned. 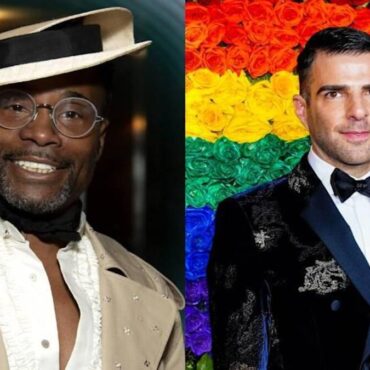 The upcoming Proud Family reboot will be officially titled The Proud Family: Louder and Prouder. What We Know: The series will feature the original cast as well as a few newcomers. This includes characters voiced by Zachary Quinto and Billy Porter. The two actors will voice the franchise’s first-ever gay couple together. The character’s names are Randall Leibovitz-Jenkins and Barry Leibovitz-Jenkins. The couple will fill the role of adoptive parents […]