Bow Wow, Trey Songz & Fabolous hosted events in Houston over the weekend and Mayor Sylvester Turner was NOT here for it. More inside…

As COVID-19 numbers continue to rise (with numbers higher than when the pandemic FIRST hit), people are still carrying on as if we’re not in the middle of a pandemic. Everyday we hear on television or the radio to wear a mask, social distance, avoid crowds, and wash our hands frequently.

Yet, celebs and even regular folks just refuse to abide by the guidelines to help lower the spread of the virus. Mary J Blige threw a party last weekend to celebrate her 50th birthday party: no masks. Rapper Blueface has been out in L.A. turning up at the strip clubs with his homies: no masks. It’s as if the guidelines don’t apply to them.

Over the weekend, Bow Wow performed at a party in Houston that was part of restaranteur and club promoter Larry Morrow’s Birthday Weekend. As a surprise to some, Shad Moss PACKED OUT the club Friday night. No one had masks on and it was too many people to gathered inside in the club to social distance. Check it:

Bow Wow got the club packed in Houston pic.twitter.com/iY83PSA5J3

It’s reported Meek Mill and J. Prince Jr. were also in the mix…maskless.

The party caught the attention of Houston Mayor Sylvester Turner and he responded to the superspreader event Bow Wow hosted. In fact, the “Growing Up Hip Hop: Atlanta” star had more events scheduled throughout the weekend, so the mayor called him out:

These events that are scheduled with @BowWowPromoTeam today in Houston are on our radar. Other bars/clubs that are operating as restaurants, beyond capacity and social distancing requirements, please expect visits. Today we report 1964 new cases and 17 more deaths. st

”These events that are scheduled with @BowWowPromoTeam today in Houston are on our radar. Other bars/clubs that are operating as restaurants, beyond capacity and social distancing requirements, please expect visits. Today we report 1964 new cases and 17 more deaths,” he tweeted.

Neither Houston nor any Texas city should be allowed to be a venue for concert promoters outside of this State because clubs/bars are allowed to reclassify as restaurants. Only legitimate restaurants should be open at this time. st

”Neither Houston nor any Texas city should be allowed to be a venue for concert promoters outside of this State because clubs/bars are allowed to reclassify as restaurants. Only legitimate restaurants should be open at this time,” he continued.

It may have been entrepreneur Larry Morrow’s “All Black Birthday Weekend” in Houston, but celebrating with a super spreader event – even in an “open” state – isn’t a right.  Especially when there are still rules to abide by.

The “CSI: Cyber” star took to social media to react to the Mayor blasting him for his superspreader events. He tried to play victim, of course. He couldn’t believe the Mayor was only blaming him when there were other celebs hosting events in Houston over the weekend.

”Someone tell the Mayor of Houston, TX I’m leaving right now. Geeeeez. He singling me out as if I was the only celeb here this weekend. This is ridiculous,” he wrote on IG Stories. He also responded via Twitter, tweeting:

”Safe to say the mayor of Houston hates my guts. I can’t believe I get the blame for a whole weekend. This is ridiculous.”

No, YOU’RE ridiculous Bow Wow. Your actions are SELFISH and RECKLESS. COVID-19 positive tests, hospitalizations and deaths are steadily rising and what do you do? You do the exact OPPOSITE of what’s being asked of everyone so we can get the hell out of this pandemic. If you’re rich enough to be flying around on private jets and riding around on yachts – both of which are shoved down the faces of your IG followers – you’re rich enough to STFD for a year and find other ways to make money than performing in person and asking people to pile into clubs to watch you as you stand more than 6 ft from the crowd the entire time – just so you can stack more coins.

Stay home if you can. Wear a mask. ↔ Stay 6 ft from others. Avoid crowds. Wash your hands.

Do them all for the best protection.
Learn more: https://t.co/tt49zOn1hf. pic.twitter.com/ieRfJnigjy

Bow Wow also responded to fans online when they started bashing him for partying during a pandemic:

Bow Wow wasn’t the only one, even though he was seemingly thirsty to respond and engage on social media about all of this for attention…

200 people outside were waiting to get in, some traveled as far as New Orleans https://t.co/FQayc56w1X

Trey Songz & Fabolous hosted “The Black Affair” at Club Spire, which got SHUT DOWN by police due to it being filled beyond capacity, according to the Houston Fire Marshal’s office.

Fire Chief Samuel Pena said the club was given the option to re-open within capacity guidelines, but management decided to close for the night. Over 200 people were waiting in line to get inside the club. SMH!

BREAKING: HFD shutdown a popular Houston nightclub this morning – hours after @SylvesterTurner labeled these clubs “community spreaders” for COVID-19. Tune into #Htownrush from 6:30 – 8am for the full update. #KHOU11 pic.twitter.com/0eFefkAgzk

“I’m still getting some disturbing pictures of people hanging out in clubs that have been recategorized as restaurants,” Houston Mayor Sylvester Turner said on Saturday. “And let me tell you, they are not restaurants.”

Turner said he will be calling on TABC to crack down on the reclassifications.

“When you look at these pictures, there’s no food on the table,” Turner said. “That is crazy. I am calling on the state to review their policies.”

He said loopholes like these are making it difficult for the city to achieve getting rid of COVID-19.

“TABC continues to conduct more than 1,000 inspections each week, which includes responding to reports of potential violations,” TABC later said in a statement. “We are aware of the videos which surfaced this weekend and have already opened our own investigation.”

Fans were dragging Trigga and Fab as well. People were clowning folks who would risk catching Coronavirus for Trey Songz, Fabolous & Bow Wow in the year of our Lord 2021:

This past weekend niggas decided to risk their lives for Fabolous, Trey Songz and Boward Woward… pic.twitter.com/ZiFDEodDoK

People going out in the middle of a pandemic for TREY SONGZ and FABOLOUS in 2021. Tuck this year in too tbh https://t.co/P6TR08XTdx

People going out in the middle of a pandemic for TREY SONGZ and FABOLOUS in 2021. Tuck this year in too tbh https://t.co/P6TR08XTdx

We are never going to escape this pandemic. https://t.co/rOhKoBNbFk

As we always say around these parts: Play stupid games, win stupid prizes. 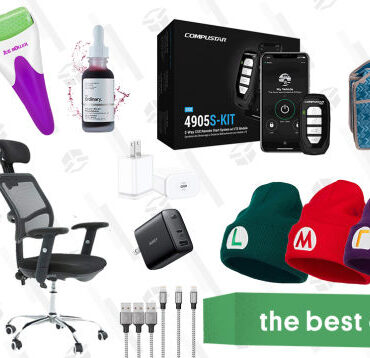