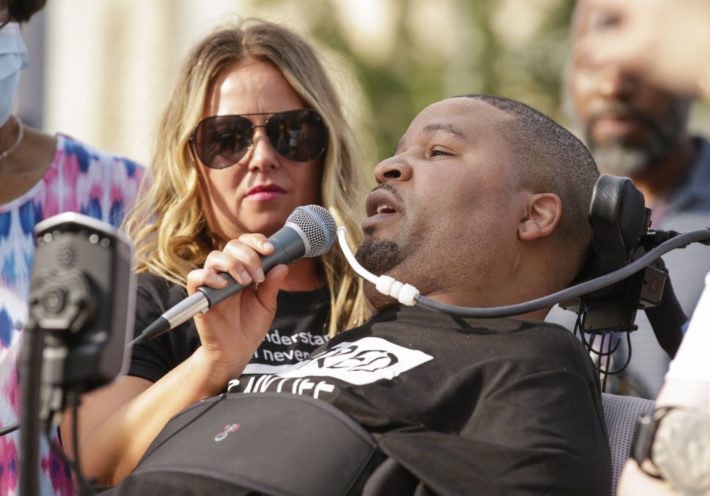 The City of Cedar Rapids, Iowa, announced on Monday that it would be paying Jerime Mitchell, a Black man who was paralyzed after a police officer shot him during a 2016 traffic stop, $8 million in a settlement.

The settlement cancels a trial that was set to begin Tuesday and sets the record for most expensive payout over police misconduct allegations in Iowa history.

The city’s insurance provider, States Insurance, said in a statement that settling out of court was the best decision they could make in this situation.

“This case has been divisive to our community and it is our hope that we can continue to enhance relationships that build trust between our community and our Police Department. We all share the desire for a safe community,” the statement read.

The settlement is pending approval by the city council.

Larry Rogers Jr., the attorney for Mitchell, said the settlement’s most important aspect was that Lucas Jones — the officer that shot Mitchell who also shot and killed another suspect in 2015 — was fired by the police department.

“With Lucas Jones’ termination, the citizens of Cedar Rapids are safer and an overly aggressive officer … should never again wear a badge,” Rogers Jr. said.

On Nov. 1, 2016, Officer Jones pulled Mitchell over, claiming that Mitchell’s license plate light was not working. Jones also smelled marijuana in the car and asked Mitchell to step out of the car so Jones could handcuff him. Mitchell resisted and the officer pushed him to the ground.

After a scuffle involving a police dog, Mitchell got back in his truck to drive away but was struck in the neck by a bullet which caused him to crash into an oncoming police vehicle.

A grand jury declined to charge Jones in this case.

The news of a settlement comes as the country anxiously awaits the verdict in the trial of former Minneapolis Police Officer Derek Chauvin who was charged with killing George Floyd last May.

It should’ve been $80 million.

The post City of Cedar Rapids to Pay $8 Million to Black Man Paralyzed By Police Officer appeared first on LOVEBSCOTT. 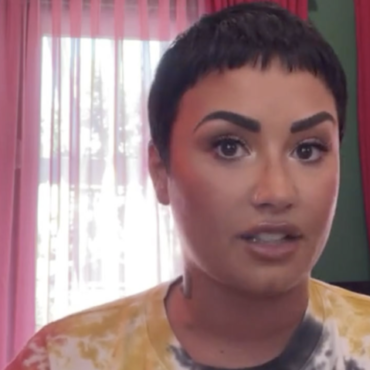 Demi Lovato thought that calling out a Los Angeles frozen yogurt store on social media for offering sugar-free options would go over well — but it did not. Now, she’s trying to explain to fans why she made the decision to speak out about her “triggering” and “awful” experience. via People: On Monday, the “Dancing with the Devil” singer, 28, addressed the backlash to comments she originally made over the […]