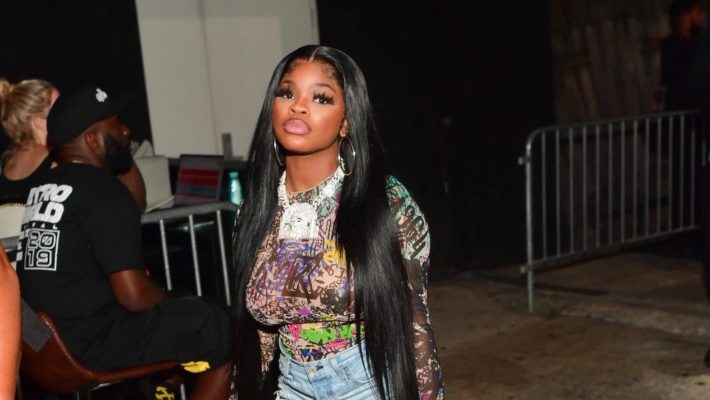 City Girls’ JT hasn’t had the best of experiences on Twitter over the past few months. On Saturday, she once again found herself in some controversy on the social media app. It came as a result of an interaction with a fan, Shaddai Randolph, who reach out to the rapper in hopes of speaking with her as she continues her fight against cancer.

The City Girls member deactivated her account amid backlash over her treatment of a fan who claims to have cancer. Screenshots shared by Pop Crave show the fan reaching out to JT, requesting just five minutes of her time. The user—Shaddai Randolph—accompanied her message with a photo of her on a hospital bed surrounded by loved ones.

“Hey JT, sorry to bother u. I know I’ve said this b4, but I’m a fan of urs and I think ur amazing and funny,” Randolph’s tweet read. “Seeing u help me keeps my spirits up when I’m in pain. I’m dying and have cancer. You said u would DM me but never did. I still would like [to] FaceTime you for 5 mins if possible. Luv u.”

After other Twitter users encouraged JT to grant the fan’s request, Randolph claimed JT had blocked her.

JT admitted to the move and explained she did so because Randolph “was writing under every one of my posts.” Randolph’s Twitter account is also deactivated as of this writing.

JT of the City Girls deactivates her Twitter account after receiving backlash for blocking a young fan that is dying of cancer. pic.twitter.com/R64TYZXK1C

JT attempted to further explain her decision in a video, claiming she blocked Randolph because she was in the middle of an argument with another woman, and needed to turn down the noise.

“She was writing under everything, and then I was in the middle of a motherfucking argument … She was under my shit, people was arguing with her, there was too much going on,” JT said. “… I would never say fuck nobody with fuckin’ cancer. Get the fuck outta here. And I deactivated Twitter because everything I say and do know, I can’t even be happy in peace.”

JT might want to invest in a social media management team.

The post City Girls’ JT Deactivates Twitter Amid Backlash Over Her Treatment of Fan With Cancer [Photos + Video] appeared first on LOVEBSCOTT.

Lil Nas X is officially a homeowner. The rapper, 21, announced on Friday that he had purchased his first home. via: AceShowbiz The Grammy-winner – who shot to fame with his viral country trap hit “Old Town Road” in 2019 – took to Instagram to give fans a sneak preview of his plush new pad, which boasts a hot tub, freestanding bathtub and minimal grey and white kitchen. He captioned […]