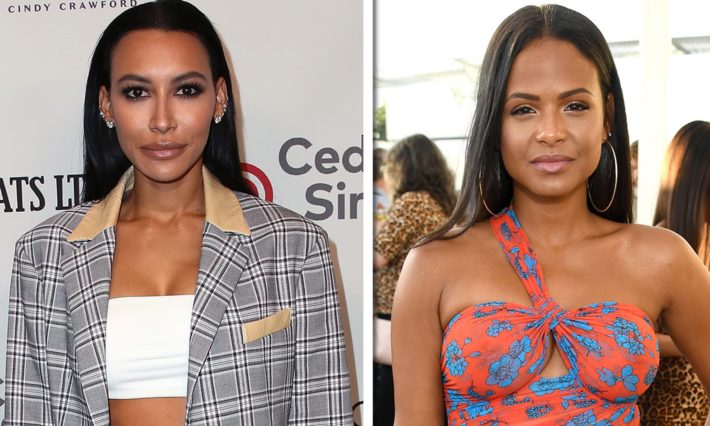 Christina Milian will be stepping in to fill the late Naya Rivera’s role in ‘Step Up.’

Starz announced on Monday, Feb. 8 that the actress has joined the cast of its reimagined Step Up series, playing the role of Collette, which was originally starring the late Glee star. “I am so excited to join the Step Up family,” Milian, 39, said in a press release. “I know I have massive shoes to fill. Naya was incredible. I hope to honor Naya, her family, friends and fans with a great performance.”

Rivera passed away in July 2020 at the age of 33 while out boating and swimming with her son Josey on California’s Lake Piru. After her body was recovered from the lake, the Ventura County Medical Examiner determined Rivera’s cause of death to be drowning and the manner of death was an accident.

“Naya’s death was a terrible loss to our world that we will, frankly, never stop mourning,” Step Upcreator and executive producer Holly Sorensen shared. “It was almost impossible to consider there could be someone so graceful and loving who could both help us honor our loss, while also bringing a deep reservoir of talent to our show, in so many areas.”

She added, “Christina is an exceptional human and a dazzling performer and we are so happy she has joined our family.”

In addition to Milian, Starz also confirmed that Ne-Yo will reprise his role as Sage Odom on the series. However, returning to set without Rivera will not be easy. “There is no replacing Naya. Let’s get that straight,” he said. “Her spirit lives on in our memories and every part of what this show is and will be. Christina has big shoes to fill and she knows it, which speaks to her poise and respect as a person and an artist.

Though he completely trusts Milian and what she’ll bring to the role. “I’m more than certain of her ability to bring an energy and light to this character that Naya’s fans as well as the rest of the world will love,” he continued. “We’ve welcomed Christina with absolute open arms and have rallied around her with love and support. I’m excited and can’t wait for the world to see this!”

Rivera appeared on the series, which first aired on YouTube, for its first two seasons. Starz has also announced that the two seasons will air across all of its platforms starting on March 5.

Maybe we’re late, but we had no idea a ‘Step Up’ series was headed to Starz.

The post Christina Milian Is Replacing the Late Naya Rivera in Starz’s ‘Step Up’ appeared first on LOVEBSCOTT.

Cassie Steele hit the “Buss It” challenge on TikTok and reminded all of us why Manny Santos was THAT girl during her run on Degrassi. via Yahoo: Last week, Steele, who played Manny Santons in Degrassi: The Next Generation, took part in the viral challenge in which she recreated one of her character’s iconic looks. In the video, which she also shared on Instagram, Steele starts off dancing in a […]