Chris Brown Joins Wizkid In London, 1st Performance Over A Decade After He Was Banned From The UK + BABY RUMORS?! 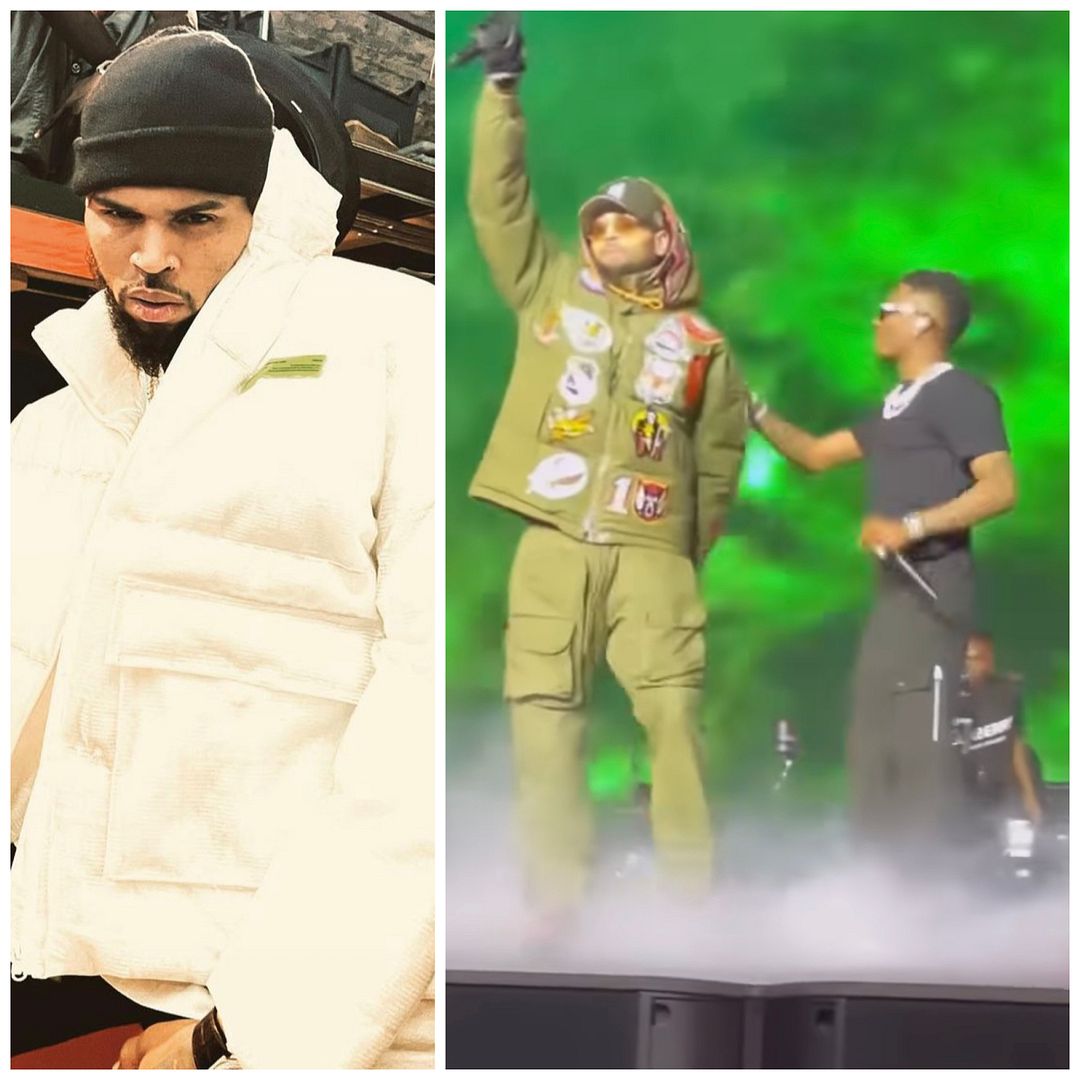 Chris Brown hit the stage in London for the first time in over a decade after he was banned from entering the UK in 2010 after he was arrested for assaulting his then-girlfriend Rihanna. Nigerian artist Wizkid brought him out for his sold-out show at the O2 Arena.

Watch it go down, plus what the streets are saying about Breezy possibly becoming a dad for a third time inside….

Breezy’s back in the UK.

Nigerian artist Wizkid made sure to surprise his fans with a special guest for his fans at his sold-out show at the O2 Arena in London as he treks along on his Made in Lagos Tour.

For the first three-night-run at the venue, the “Piece of Me” singer  surprised the crowd and brought out  Chris Brown to sing his popular hit “Go Crazy.” It’s the first time Breezy performed in the United Kingdom for at least 12 years. Last year, Breezy was spotted making his rounds in London, but this is the first time he officially hit the stage.

“This is my f***ing brother for more than 10 years,” Wizkid said to the crowd before the 32-year-old entertainer hit the stage. “This is my guy, the first guy to ever show me love internationally and sh*t, you know? Tonight this is his first time performing in London in more than 10 years. Now y’all make some noise for my f***ing brother. My real n***a! My dawg! Breezy!”

The father-of-two posted a clip from his London performance to his IG, writing:

“So FU**ing proud/thankful of/for my bro @wizkidayo for his achievement. we been homies for 10 years +. LONDON I CANT EVEN BEGIN TO THANK YOU ENOUGH FOR THE LOVE YALL HAVE SHOWED ME. Truly a moment I will forever be grateful for. #breezyseason.”

Chris was banned from entering the United Kingdom after he pleaded guilty to assaulting his then-girlfriend Rihanna in 2009. Now, it seems the ban has been lifted.

For his performance, UK designer SUARVO picked out his threads and was geeked about it:

WTF IS GOING ON?!!! I JUST made a Jacket for Chris brown & Styled him for the Wizkid SHOW!!!!

THE NIGGA POSTED IT ON HIS & PAID ME GODBLESS #CHRISBROWN #wizkidO2Day1 pic.twitter.com/ErZ1g9paam

#ChrisBrown enjoyed a night out on the town with a new chick named #DiamondBrown. But what about his rumored girlfriend #AmmikaHarris? Hmph. Deets here: https://t.co/ZlmB4snwSO or swipe up in stories https://t.co/K4hpSruP09 pic.twitter.com/8cm7pqlzSP

The Internet Streets have been rumbling with rumors that Chris Brown could possibly become a dad for the third time with another woman.

In 2019, we showed you flicks of Breezy partying it up in West Hollywood with chick named Diamond Brown, who looks A LOT like his ex-Karrueche Tran and his son’s mother/ex Ammika Harris. She was seen bringing Breezy a cake and was also seen in the passenger seat of his glow-in-the-dark 2019 Lamborghini Huracan.

Now, Diamond – who calls herself a model – is pregnant and fans believe it’s Breezy’s baby!

It appears she celebrated her baby’s impending arrival with a shower in Los Angeles earlier this month:

Fans have been in her comments congratulating her AND Chris on their new bundle of joy: 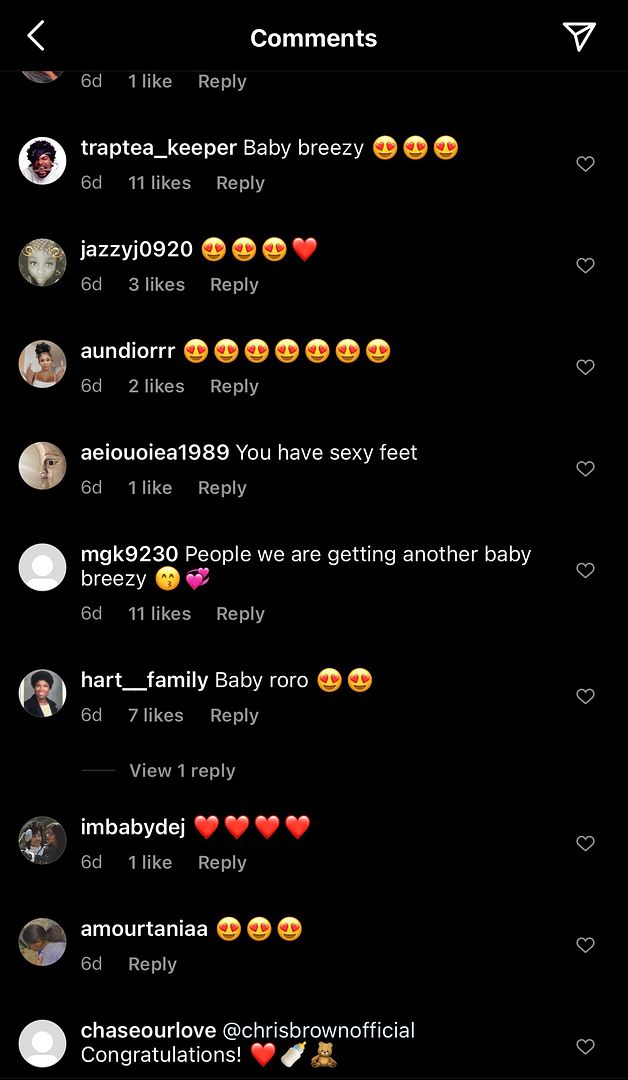 We don’t have any evidence to confirm Chris is the father. It’s believed her due date is in January, so we may (or may not) find out for sure when the baby gets here. 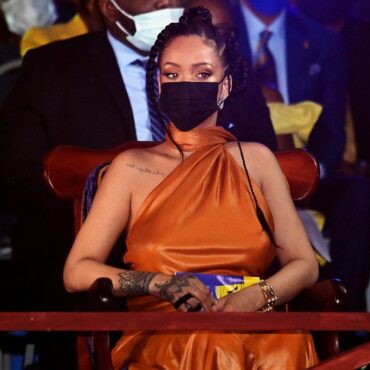 She is now Her Excellency, Ambassador and National Hero Robyn Rihanna Fenty. And she’ll be addressed as such. As Barbados cut ties with the British Royal Family - ditching Queen Elizabeth II as head of state - the first order of business was to give Rihanna her flowers, which she rightfully deserves. Deets inside…   That Rihanna reign just won’t let up…literally! The Bajan beauty’s homeland just gave one of […]