The girlfriends and mothers of Kansas City Chiefs’ players were popping off on the referees on social media as the Tampa Bay Buccaneers were beating the Chiefs during Super Bowl LV. Read what the wrote inside….

After the Chiefs took a 3-0 early lead, it was all Brady and the Bucs after that, solidifying the Chiefs wouldn’t be repeating a back-to-back Super Bowl win. Adding salt to the wound, the Chiefs never even scored a touchdown during the game. Sheesh!

Needless to say, the girlfriends and mothers of Chiefs players were NOT happy about it. So, they aired out their frustrations on social media. The ladies were not pleased with the way the refs were calling the plays.

Kayla Nicole – the longtime girlfriend of Chiefs tight end Travis Kelce – ripped into the refs while watching the game in the players’ family suite during the Big Game.

If yall wanted to see the Chiefs vs the refs just say that.

”If yall wanted to see the Chiefs vs. the refs just say that.”

Then, she hopped on Instagram, posting the definition of holding while shading Tom Brady.

“Holding: the illegal restraining of another player who is not in possession of the ball. Holding is prohibited in most football leagues, unless you’re playing against Tom Brady,” she captioned a collage of pictures of herself at the game.

She then changed her caption to “Go Team” on IG and posted a congratulatory message (with shade) to the Buccs on Twitter.

Congrats to the @Buccaneers.
Tough game to watch but y’all got it.

“Congrats to the @Buccaneers. Tough game to watch but y’all got it,” she tweeted.

Kayla wasn’t the only one close to a Chiefs plater poppin’ off:

Randi Mahomes – the mother of Chiefs QB Patrick Mahomes – was also blasting the refs over the way they were officiating the game. She even fired a shot at Tom Brady’s supermodel wife, Gisele Bundchen.

”If you have to have the ref on your team is that really winning!!! @giseleofficial lol,” she tweeted.

Oop. Mom wasn’t holding back on her petty.

Mama Mahomes also called out ESPN for “making fun” of her son:

Love our chiefs!! Heartbroken to see how @espn @SportsCenter tried making fun of my son. But i know his heart and love for his team and chiefs nation! Thank you chiefs fans.. don’t forget these are someone’s sons tv #godisgreaterthenmyhighsandmylows

After the game was over, Randi then seemed to have a change of heart about the Brady fam when she met up with his parents. She also retweeted Patrick’s congratulatory post to the Buccs. Swipe below:

While losing always sucks, we’re sure Patrick’s half billion NFL contract (the biggest in pro-sports history) helps soften the blow.

Do you think they were doing too much or simply rooting for their loved ones?

Oh…and look who was one big happy family on the field:

Yep, that’s them. Chiefs player Antonio Brown and his kids’ mom Chelsie Kyriss. After all of their domestic violence drama, the couple welcomed a baby last summer. 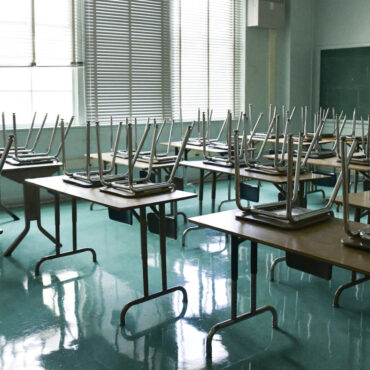 A charter school in Utah is receiving backlash after allowing parents to have their children opt-out of Black History Month. What We Know: Maria Montessori Academy in North Ogden, Utah, has opened a debate on whether or not parents have the option to excuse their children from lessons on Black history. According to the school’s director, Micah Hirokawa, a ‘few’ families had requested not to participate in any curriculum related […]