Chet Hanks‘ “White Boy Summer” hasn’t even officially kicked off yet and he’s already wrapped up in some drama. Just recently, Chet’s ex-girlfriend Kiana Parker filed a restraining order against him after an alleged altercation that apparently left Chet with a wound on his head. More inside…

Chet Hanks – the 30-year-old son of Tom Hanks and Rita Wilson – is always stirring up drama on social media, but he has also been involved in some beyond questionable activity behind the scenes as well.

Recently, Chet had the Internet in a tizzy when he declared “White Boy Summer” was taking over next season.

“It’s everybody’s summer. This is all inclusive. This is everybody,” Chet said in between filming scenes for the movie. “For me, for me, since I’m a white boy, it’s gonna be a white boy summer. You know what I mean?”

While his social media presence seemingly gives off positivity and good vibes, some drama between himself and his ex-girlfriend Kiana Parker.

A video of an alleged altercation between Chet and his ex-Kiana leaked online. In the clip, Chet shows off blood gushing from his head after accusing Kiana of threatening him with a knife. The incident reportedly happened on January 8th at Chet’s home in Sugarland, TX. Peep the clip above.

TMZ has deets on what led up to the altercation:

TMZ has obtained video of what Chet says is the end of an altercation between him and his ex, Kiana Parker, that turned violent back on January 8 at Chet’s place in Sugarland, TX. Chet turns the camera on Kiana when she appears to swipe at him as she holds a pot, with a bloodied Chet reappearing in the next frame, saying she charged at him with the knife … something Kiana denies.

Chet’s not the only one to claim violence … Kiana got a restraining order against Chet in January, alleging he roughed her up on multiple occasions between Oct. 2020 and Jan. 2021.

In the restraining order, Kiana accused him of calling her a “ghetto black b*tch” and said no one would believe her against him because he’s “Chet Hanks and I wasn’t sh*t.”

He also allegedly threatened to “blow” his and hers “brains out” if she left him.

Peep the documentation below:

Imagine caping for this man! I pray that his Black daughter is protected from his bullshit pic.twitter.com/Wty6NRGyHg

More deets about their physical altercations below:

During one incident, while the couple was in New Orleans for Chet to shoot “Your Honor,” Kiana claims he became enraged when she said she was going to leave their room at the Windsor Court hotel to get food … grabbing her wrists and arms and flinging her around to keep her in the room. Chet denies the allegations and says he never even knew she went to court for a TRO.

She says tables were knocked over and he chucked a bottle at her … even claiming he chased her down the hallway in his boxers. She also alleges he told her that no one would believe her, because she was “just a ghetto Black bitch” and he was “Chet Hanks.”

Of course, Chet is singing a different tune.

For his part … Chet recently filed a lawsuit against Kiana over January’s bloody face incident. He says it started when he broke things off with Kiana after learning she’d allegedly been stealing from him, racking up thousands of dollars on his credit cards … and making off with a ton of his property too.

Chet goes on to claim Kiana showed up that day with three men, one of whom he says flashed a gun at him. He’s suing her for assault and battery, theft and return of the money she allegedly stole from him.

As for Kiana’s version of the January 8 incident … she says in docs she came by Chet’s place to get her stuff with movers in tow. She says Chet was antagonizing her, and he grabbed a knife in a menacing way. That’s when she says she grabbed a pot in self-defense and swung it … making a run for it shortly thereafter. She claims he chased her out to the street, where she says he attacked her right there in the open … until others came to her aid.

The attorney representing Kiana – D’Angelo Lowe – tried to serve Chet with the restraining order, but hasn’t been successful. Kianna’s attorney also said she’s under a doctor’s care at the moment.

By the way, Chet has a young daughter with another woman named Tiffany.

This is getting ugly…

This will likely put a damper on his new “Black Queen Summer” merch he just released: 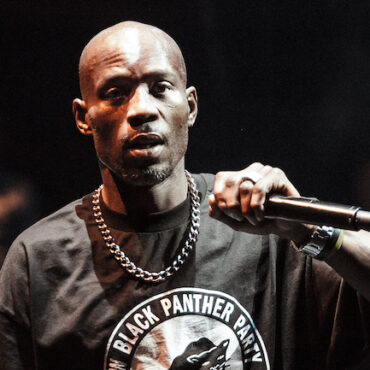 BREAKING: DMX Reportedly In Grave Condition After Suffering An Overdose

In disheartening news, DMX has reportedly suffered from an overdose, and the prognosis is not good, this according to breaking reports.  Full details inside.   Rapper/Actor DMX has been hospitalized after an apparent drug overdose at his home last night in White Plains, NY. According to TMZ, the 50-year-old is currently in critical care as some sources state he is in a vegetative state with only "some brain activity", and […]