Chad Wheeler’s girlfriend spoke out in court to share how fearful she is of the NFL lineman. And with good reason. Details about what she said in court and his Hawaii travel request inside…

The (former?) girlfriend of ex-Seattle Seahawks lineman Chad Wheeler is concerned for her safety after she was brutally attacked to point of unconsciousness.

On January 23rd, Chad Wheeler was arrested on suspicion of domestic violence following a violent, physical altercation with his girlfriend. The woman’s full name hasn’t been revealed – only her first name Alleah, which he revealed in his public “apology.”

The woman was savagely beaten, which resulted in Chad allegedly dislocating her arm, after he demanded she “bow” to him. When she didn’t he went into a rage, throwing her on the bed before he allegedly choked her until she lost consciousness.

Police detailed an insane struggle to arrest the 6-foot-7, 310-pound footballer in the police report. It took three police officers piled on his back and a taser to take him down. Oddly enough, none of the officers “feared for their lives” enough to use their service weapon. Some aren’t so lucky.

Chad Wheeler of the @Seahawks tried to kill his girlfriend because she wouldn’t bow to him. He was even surprised at her survival.

If you’re not outraged, you’re part of the problem. @NFL handle this swiftly & decisively. pic.twitter.com/R2IF1HwMow

The former Giants player was released on $400,000 bail following the incident and was scheduled back in court the following Monday. The Seahawks issued a statement to announce he was axed from the team’s roster. Chad followed up with an apology, blaming his actions on a “manic episode.”

During his court appearance, he pleaded not guilty to all three of the charges brought against him, which include first-degree domestic violence assault, domestic violence unlawful imprisonment, and resisting arrest by King County Prosecutors. The fact attempted murder charges weren’t brought up speaks VOLUMES.

Showing incredible strength and courage, Chad’s girlfriend appeared for the hearing and asked the judge to put him behind bars because she doesn’t feel “safe.”

“I want you to know that I believe that as long as (Wheeler) is not in custody, I am not safe,” the victim said in a statement read in court, according to KOMO News.

“Chad never called the police (after the assault) even though he thought I was dead. Now, Chad is out of custody staying in a hotel watching this play out on social media. This current status places my safety at risk, and I do not believe that a protective order or a condition of release is sufficient to keep me safe.”

The woman appeared in court with her arm in a sling, but did not address the court directly and had a victim’s advocate read the prepared statement on her behalf.

It’s reported the victim asked if Chad was released, that he stay with family in Los Angeles under close monitoring. Sadly, the judge didn’t honor her request. Chad’s lawyers requested that he be permitted to await trial at his Hawaii residence, but the judge denied. Thankfully.

The judge ruled that Chad would be released with a GPS ankle monitor on house arrest, where he’s required to stay within King, Pierce and Snohomish counties.

The trial is set to begin April 6th. Let’s keep our fingers crossed that justice will be served in this case. 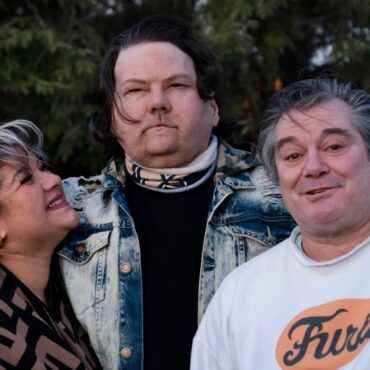