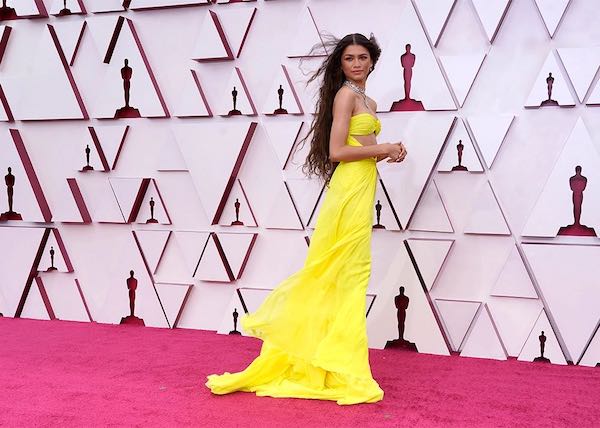 Zendaya made a magical entrance on the red carpet at the 2021 Academy Awards in custom Valentino and Bulgari jewels. The category was mermaid couture and fashion killer surely served just that! More inside… 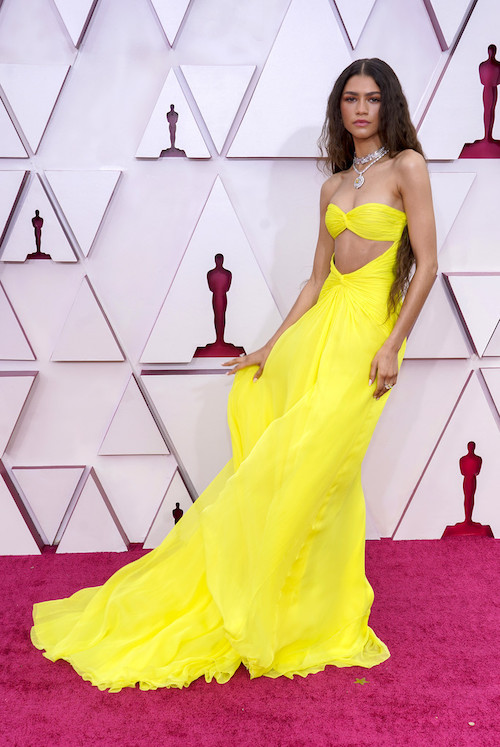 The Malcolm & Marie actress delivered a fashionable moment on the red carpet at the 93rd Annual Academy Awards that was held Union Station in Los Angeles.

The “Euphoria” actress commanded everyone’s attention when she rolled up on the red carpet before presenting. The 24-year-old actress slayed in a custom canary yellow Valentino gown that featured a stomach cut-out (a trend of the night), which she paired with peep-toe Jimmy Choo platform heels and a yellow face mask she removed before posing it up for the cameras.

It was giving very much mermaid couture, especially with the gust of wind that made her dress and hair float in the air. 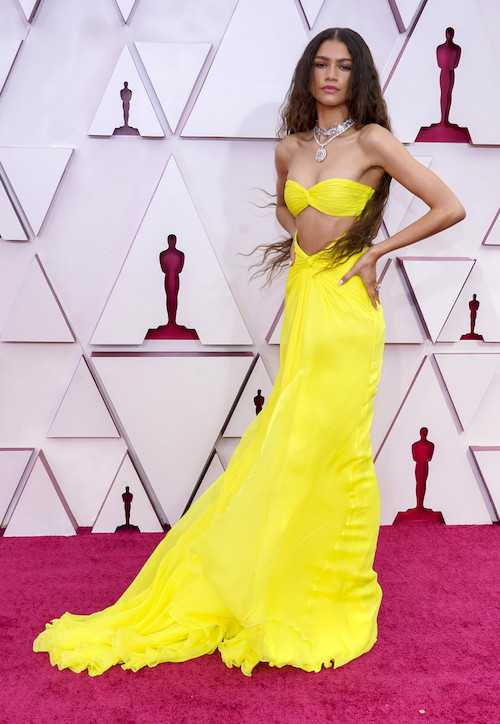 “The Bulgari jewelry takes the look to a whole place that we weren’t expecting,” Zendaya’s stylist, Law Roach, told PEOPLE. “The jewelry is the star of the look. It feels cool, modern, young and really quite beautiful.”

“It’s a really glamorous, boho chic look,” he continued. “She’s a fashion girl and after so many looks together, we have this unquestionable trust. We like to have fun with fashion and create looks that people will talk about.” 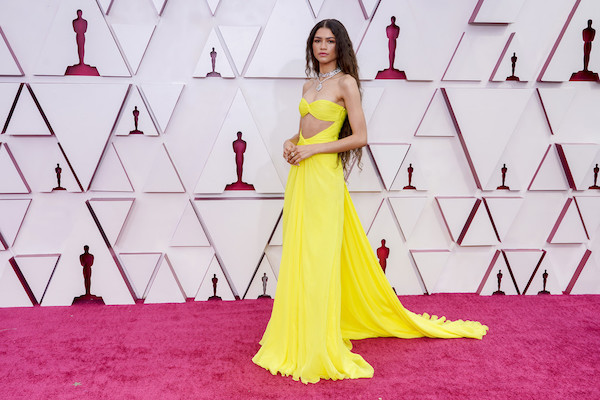 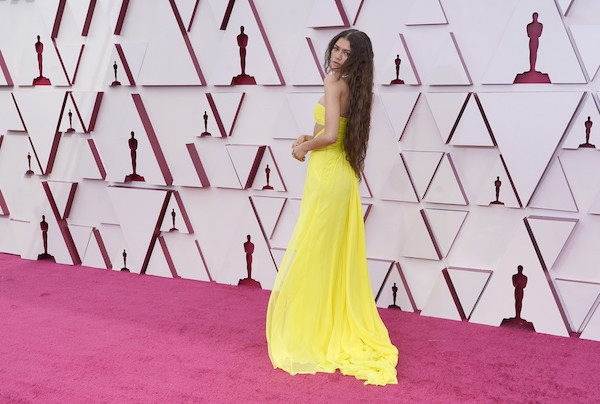 Since all eyes were on the jewelry and dress, makeup artist Sheika Daley wanted to give the actress a “clean, fresh” beauty look. “The makeup look was very boho chic. The dress color was so bold we wanted to keep the makeup neutral with a lot of flesh tones,” Daley said of the Lancôme ambassadress’ look. 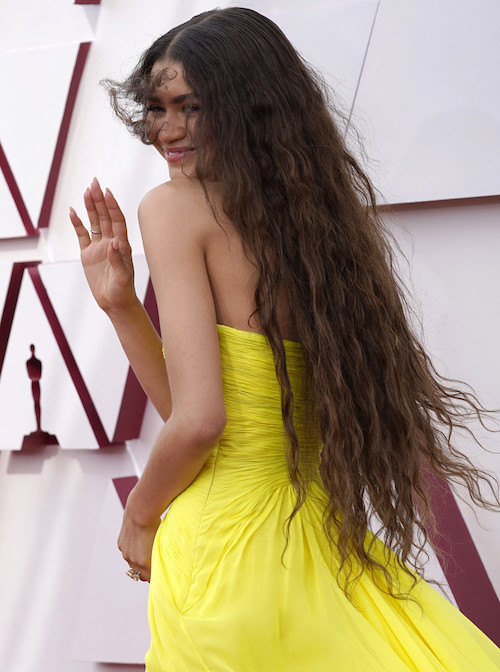 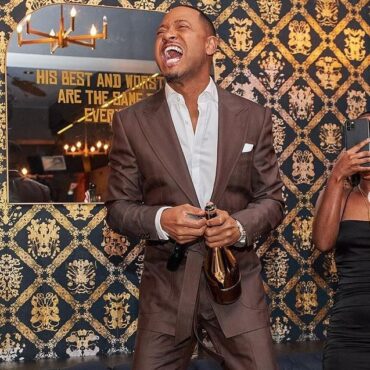