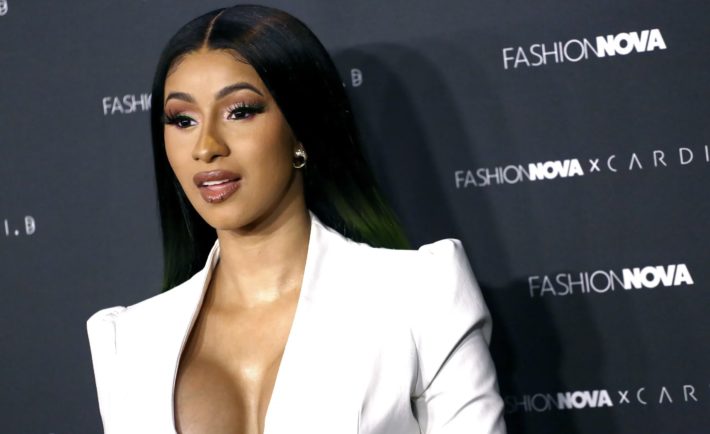 Near the end of November, Cardi B was ordered to share her medical records with a judge after filing a defamation case against YouTube vlogger Latasha Kebe also known as Tasha K a few years ago.

According to court documents obtained by Radar, a federal court judge reviewed the rapper’s medical records behind closed doors. He had ordered the Center for Women’s Pelvic Health at UCLA to produce all of Cardi’s records within its possession related solely to testing for Herpes and HPV.

“The Court has received and reviewed the records and finds that they are not helpful to Defendant,” the court order noted. The judge then ordered the documents to be sealed.

He said both parties will be allowed to use the results during the upcoming trial. The two were set to face off last month but the trial was pushed to January 5, 2022, after Cardi claimed she had a “family emergency.”

The medical records proving Cardi did not have Herpes is a huge win for the Bodak Yellow rapper. She is suing Tasha for claims she made on her YouTube channel. In a series of videos, Tasha claimed Cardi had worked as a prostitute, had Herpes, and liked to take hard drugs.

Cardi says the statements are lies and caused harm to her reputation. Tasha countersued claiming Cardi had instructed her fans to harass her online. She said things got so crazy she had to move out due to threats.

Recently, the judge dismissed all of Tasha’s claims against Cardi due to a lack of evidence. He also decided against granting Cardi summary judgment and set a trial date.

In his order, the judge said he wanted the jury to make a determination if Cardi had been defamed. He said Tasha had presented videos to the court allegedly showing, “Plaintiff has at least admitted to being a prostitute and as to her use of drugs.”

The judge brought up a second video produced by Tasha in which, “it appears that Plaintiff is discussing engaging in sexual acts for money. In that same video, Plaintiff discusses her use of drugs and about having to “pop pills” sometimes when necessary.”

Cardi is set to have a busy start of 2022. She is also facing off with a man named Kevin Brophy Jr. He accuses her of using his photo on her mixtape cover without permission. The cover in question shows Cardi in the back of a limo with a heavily tattoed man performing oral sex on her.

Cardi denies wrongdoing and calls the lawsuit a classic shakedown.

We will continue to keep you all updated on the Cardi B and Tasha K’s legal battle.

Nick Cannon is honoring his late infant son with a new tattoo. via: Page Six During an episode of his eponymous talk show on Friday, the “Masked Singer” host revealed he got a tattoo of his late son Zen, who died of brain cancer on Sunday at 5 months old. “I’ve seen so much love ‘yall, more love than I’ve probably ever experienced,” he said, thanking the audience before starting his “Pic of the Day” segment and holding up an […]