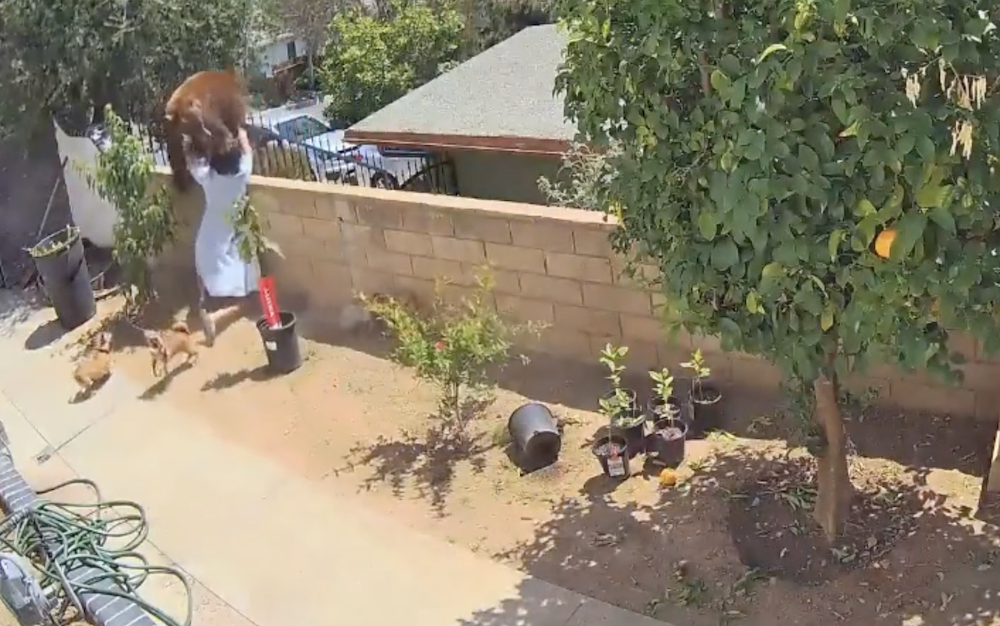 By now you’ve probably seen the video of a woman shoving a bear off of a ledge to save her dogs.

17-year-old Hailey Morinico is the brave (stupid?) woman in the clip and she’s sharing a bit more about what went down.

Morinico said she heard her dogs barking when she went over to quiet them when she made the discovery. “I go to tell them to stop and when I go over there to see what they’re barking at, I’m like, That’s a funny-looking dog,” she said, per BuzzFeed News. She said she felt compelled to help after noticing the bear picking up the smallest dog of the group.

“I go over to the bear, I look it in the eyes, and the first thing I think to do is push it. Push a bear. Push an apex predator, she said. As the video shows, Morinico didn’t push the bear hard, but just enough to make the animal lose its balance, and buy her enough precious time to wrangle her dogs, and avoid the bear’s possible retaliation.

Luckily, Morinico only sustained a scraped knee and a sprained finger.

“I felt a mixture of shock and a little proud of her because of how brave she is,” her cousin Brenda Lopez Rincon, who posted the video, told BuzzFeed News. “We immediately told her to NEVER do that again.”

Lopez Rincon said she was shocked at the sight of Morinico’s heroics because she “normally wouldn’t hurt a fly,” but took the circumstance into consideration, adding, “She loves those dogs very much!”

If you haven’t seen the video, check it out below.

The post California Teen Speaks About Viral Clip of Her Protecting Dogs From Bear [Video] appeared first on LOVEBSCOTT. 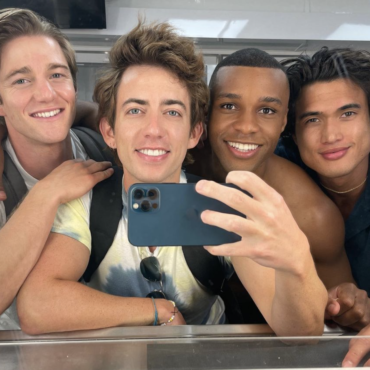 Ryan Murphy has announced the first few of actors that will be appearing in his highly-anticipated ‘American Horror Stories’ series. via Just Jared: On Wednesday (June 2), Ryan took to Instagram to announce four actors, who he’s calling “The Fantastic Four,” that will be appearing in the American Horror Story spinoff series. All four actors have appeared in previous TV shows and movies from Ryan. Last summer, it was announced that […]