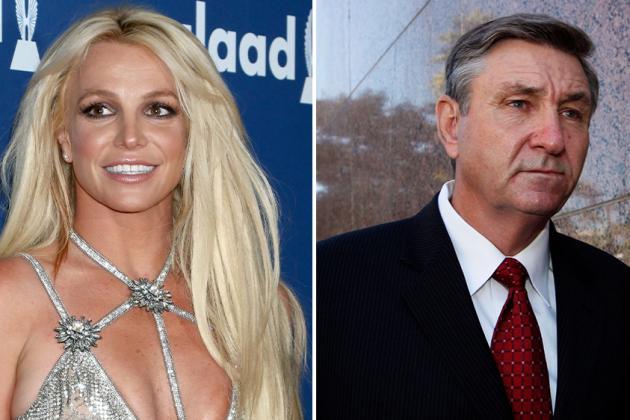 Britney Spears’ father, Jamie Spears, has agreed to step down from his daughter’s conservatorship.

The turn of events is a massive win for the international pop star, who has been under a conservatorship for 13 years, ever since Spears placed his famous daughter under the court-ordered arrangement in 2008 when she suffered a very public breakdown.

But, in the 13 years since, Spears has been fit enough to perform, tour, hold a Las Vegas residency and earn hundreds of millions of dollars.

Her father’s decision to step down is being praised as a “major victory” by the singer’s new attorney, Mathew Rosengart, who says he intends to investigate Spears’ conduct over the past 13 years, and plans to depose him under oath.

On Thursday, Spears’ father filed in Los Angeles Superior Court his response to the singer’s petition for his suspension, announcing his decision to step down. He said he would cooperate with the court on a transition, but did not give a timetable for his resignation.

His filing also stated that he needed to wrap up certain matters before he could hand over the reins. “When these matters are resolved, Mr. Spears will be in a position to step aside,” the court doc reads. “But there are no urgent circumstances justifying Mr. Spears’ immediate suspension.”

Spears’ attorney cites the “public battle with his daughter” as his reasoning for stepping down, but states that there are “no actual grounds for suspending or removing” him.

Variety has reached out to Spears’ attorney, Vivian Thoreen, for further comment.

“There are, in fact, no actual grounds for suspending or removing Mr. Spears as the Conservator of the Estate. … And it is highly debatable whether a change in conservator at this time would be in Ms. Spears’ best interests,” her father’s court doc, filed on Thursday, states.

“Nevertheless, even as Mr. Spears is the unremitting target of unjustified attacks, he does not believe that a public battle with his daughter over his continuing service as her conservator would be in her best interests,” the filing continues. “So even though he must contest this unjustified Petition for his removal, Mr. Spears intends to work with the Court and his daughter’s new attorney to prepare for an orderly transition to a new conservator. As the Court has likely surmised, before Ms. Spears’ new attorney arrived, Mr. Spears had already been working on such a transition with Ms. Spears’ former court-appointed counsel, Sam Ingham.”

“This is a major victory for Britney Spears and another step toward justice,” the pop star’s attorney, Rosengart, says in a statement obtained by Variety.

“I announced in Court on July 14 that, after 13 years of the status quo, it was time for Mr. Spears to be suspended or removed as conservator and that my firm and I would move aggressively and expeditiously for that outcome,” Rosengart adds. “Twelve days later, my firm filed a Petition for Mr. Spears’s suspension and removal based on strong, insurmountable legal grounds, which were unequivocally supported by the law and all parties involved, including Jodi Montgomery, Britney Spears, and her medical team.”

The singer’s legal team states that while Spears stepping down is a major win for their client, they are still unhappy by her father’s “attacks.”

“We are pleased that Mr. Spears and his lawyer have today conceded in a filing that he must be removed. We are disappointed, however, by their ongoing shameful and reprehensible attacks on Ms. Spears and others,” Rosengart’s statement says.

“We look forward to continuing our vigorous investigation into the conduct of Mr. Spears, and others, over the past 13 years, while he reaped millions of dollars from his daughter’s estate, and I look forward to taking Mr. Spears’s sworn deposition in the near future,” Rosengart adds.

His statement concludes: “In the interim, rather than making false accusations and taking cheap shots at his own daughter, Mr. Spears should remain silent and step aside immediately.”

This summer, Rosengart had publicly called for Spears’ father to resign, but prior to him stepping aside today, he had emphasized that he would not voluntarily resign.

Spears’ father became sole conservator in 2019 after attorney Andrew Wallet resigned from the co-conservatorship. In September 2019, he temporarily relinquished his powers and Jodi Montgomery became the conservator of her person, meaning she is responsible for Spears’ medical and personal well-being. Spears’ father has remained the sole conservator of her estate, managing all of her finances and making a hefty sum of of her annual multi-million-dollar earnings, given that Spears has continued to record music and perform regularly, while under conservatorship.

Just in the past two months, there has been more movement in Spears’ situation than there’s been in more than a decade: aside from being granted her own attorney in Rosengart, her court-appointed attorney, Samuel D. Ingham III, resigned; Spears’ manager of 25 years, Larry Rudolph, quit; and wealth management firm Bessemer Trust pulled out as co-conservator.

In recent filings in his effort to remove or suspend Spears’ father, Rosengart has claimed that he has “dissipated” her multi-million-dollar fortune. He also also alleged that he would not allow his 39-year-old daughter to go on vacation to Hawaii with her “own, hard-earned money.” Spears’ father denied these accusations, and has previously denied any and all wrongdoing, stating that his “sole motivation has been his unconditional love for his daughter and a fierce desire to protect her from those trying to take advantage of her.”

The singer has addressed the court with explosive allegations, such as her father and conservators not allowing her to remove her IUD birth control, despite her desire to get married and have another baby. She has also claimed that her father would not let her drive in a car with her boyfriend, visit friends who live close by, or choose what she wants to eat or drink on any given day.

“Instead of trying to investigate my behavior or my capacity, I want my dad investigated,” Spears told Judge Brenda Penny last month. “This conservatorship is literally allowing my dad to rule my life … that is abuse, and we all know it.”

Many legal experts, who are not affiliated with Spears’ case, have suggested that the elder Spears should remove himself from the conservatorship. A non-family member is typically preferred by the court in conservatorship cases.

Sources close to the singer had previously told Variety that the first step would be to remove her father, before any effort to terminate the conservatorship altogether. Now that her father has voluntarily stepped aside, it remains to be seen whether the star’s legal team will push to end the conservatorship.

Spears has said that she wants to be let out of her conservatorship, altogether, without evaluation. Legal experts have told Variety that scenario is highly unlikely, as part of the process to terminate a conservatorship — in any case — includes proper medical evaluation.

Without Spears’ father involved in her conservatorship case, the goal would be for the singer’s conservators to work together with the eventual goal of safely getting her out of the court-ordered arrangement. As an attorney for Montgomery recently said: “We all need to focus on one thing, and one thing only — the health, well-being and best interests of Britney Spears.”

That’s one step towards Britney’s freedom — but there’s clearly a long way to go.

The post Britney Spears’ Father Jamie Spears Agrees to Step Down as Her Conservator After 13 Years appeared first on LOVEBSCOTT. 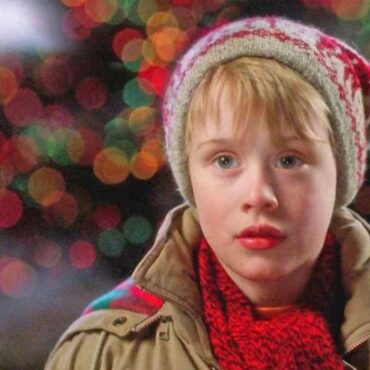 ‘Home Alone’ has been born again. via NYDN: Disney+ has announced that the “Home Alone” franchise is adding a sixth film, titled “Home Sweet Home Alone,” just in time for the holiday season. The new installment will premiere Friday, Nov. 12. According to the official synopsis, Archie Yates (“Jojo Rabbit”), 12, will star as Max Mercer, “a mischievous and resourceful young boy who has been left behind while his family […]