BREAKING: DMX Reportedly In Grave Condition After Suffering An Overdose 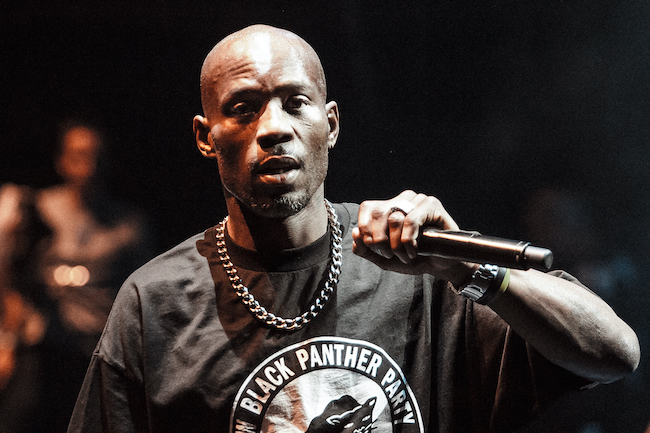 In disheartening news, DMX has reportedly suffered from an overdose, and the prognosis is not good, this according to breaking reports.  Full details inside.

Rapper/Actor DMX has been hospitalized after an apparent drug overdose at his home last night in White Plains, NY. According to TMZ, the 50-year-old is currently in critical care as some sources state he is in a vegetative state with only “some brain activity”, and “he may not make it”.

Sources close to the rapper tell TMZ, the OD occurred at his home at around 11 PM. Our sources say the overdose triggered a heart attack. DMX was rushed to a hospital in White Plains, New York and is in the critical care unit. We’re told he has “some brain activity.”

Another source says he’s in a “vegetative state” and doctors have cautioned he may not make it.

This is incredibly sad to hear.

X, who is a father to 15 children and has been engaged to his fiancé Desiree Lindstrom for about 2 years, has battled with drug addiction for several years. Most recently, the Ruff Ryders legend checked himself into rehab in 2019 after a year long prison stint for tax evasion.  But X was seemingly on an upswing recently with having things under control, and often appear to be a happy family man on social media.  And he stays ready with a word from the gospel:

Last July, DMX joined Verzuz to “battle” his long time homie Snoop, and it was definitely one for the books. The Verzuz was the highest viewed battle at that time with over 600K people tuning in.

We send our prayers to DMX and his loved ones, and we will continue to update as the story develops.

Comedian Michael Rapaport speaks out about the Instagram drama he’s involved in with NBA player Kevin Durant. Also, KD reacts to the drama publicly for the first time before the NBA fined him $50,000 for the heated social media exchange. Everything inside… Consequences from that heated social media feud between NBA player Kevin Durant and comedian Michael Rapaport have come. The NBA has decided to fine the Brooklyn Nets baller $50,000 for language he used in a private direct message […]