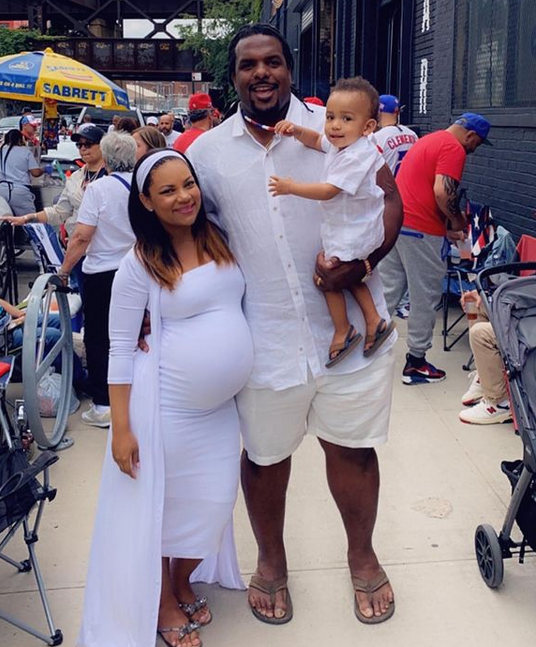 We see you BRAVO! Adding more black women into the all-white “Real Housewives” casts amid allegations of racism. Aikisha Holly Colon – wife of retired NFLer Willie Colon – will be joining the ladies on “Real Housewives of New Jersey.” And so is the wife of former NFL star Tiki Barber. More inside…

Folks have been ringing the alarm about BRAVO needing to add diversity to its all-white “Real Housewives” casts. And now, they’re doing just that.

Word on the curb is that Aikisha Holly Colon will be joining the ladies on Season 12 of “Real Housewives of New Jersey.”

Aikisha is married to retired NFL player Willie Colon, she’s a Clark Atlanta alum, she’s also and a member of Delta Sigma Theta Sorority, Inc. Aikisha and her husband Willie share a son together and they’re currently awaiting the arrival of their baby girl.

Aikisha – a native of Jackson, Mississippi – is also the co-founder of her husband’s Willie Colon Foundation, which aims to better their “community through education, economics, wellness and sports.” She graduated with a Bachelor of Arts in Mass Media Arts with a concentration in Radio/TV/Film, so she’s bringing a degree to the table unlike most of her co-stars.

After graduating college, she worked at WSB-TV Atlanta’s ABC affiliate. She also was on Atlanta’s first internet radio network Beehive FM where she was a host on The MidDay Show. Aikisha is the Vice President of her family’s nonprofit organization The Holly Foundation and she is also the founder of Sisters With Dreams, an organization dedicated to young girls ages 11-17.

With baby #2 on the way, we’re sure she’ll give “RHONJ” fans a front row seat during her birth and life after welcoming their new bundle of joy.

Traci Lynn Johnson – the wife of former NFL star Tiki Barber – is also said to be joining the upcoming season of “RHONJ.”

Sources told Page Six Traci has been filming with the “RHONJ” cast at various events and also revealed the show has filmed at her home as well. Def sounds like she’ll be joining the mix.

It’s also alleged her husband Tiki will make appearances on the show IF Traci makes the cut.

Y’all know BRAVO is late to the party always when it comes to learning there’s black people in cities outside of D.C. and Atlanta. However, they are seemingly trying to add more diversity to the new casts.

Fans of the “Real Housewives” franchise have been vocal online about adding diversity to their casts. Looks like they’re listening. Diversity shouldn’t come at the expense of the mental health of women of color, though.  We hope Bravo stops allowing racist foolishness to go down unchecked like it has in the other cities who have been adding diversity. 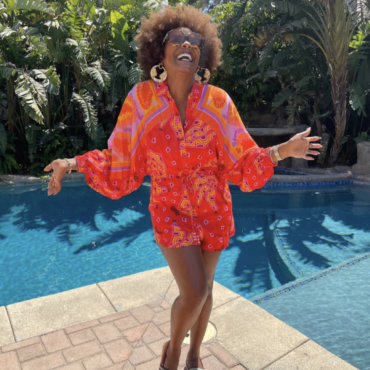 Our favorite vegan influencer Tabitha Brown is set to release her own "sunshine" all purpose seasoning because THAT'S HER BUSINESS. And we're going to buy it all up when it goes on sale "like so, like that." Find out when you can get your hands on a bottle inside...   *squeals* Our girl Tabitha Brown is making major moves and we LOVE to see it. And soon eat it! After […]