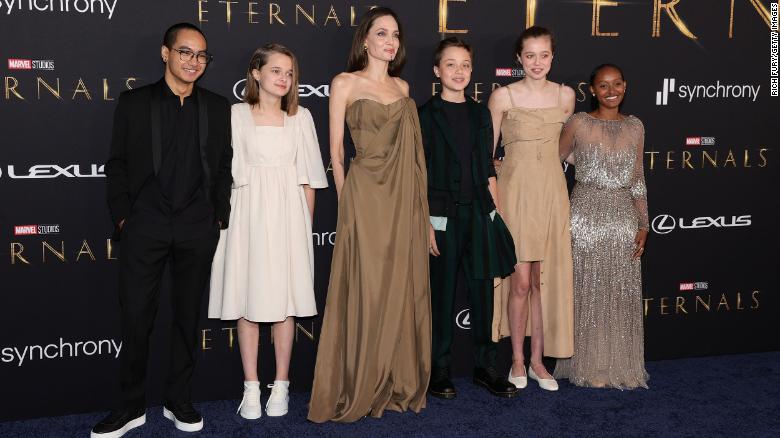 Angelia Jolie brought her children to the premiere of her new Marvel flick, ‘Eternals,’ and may have inadvertently exposed them to COVID-19.

Brad Pitt is NOT happy — reportedly.

Sources spoke exclusively to Hollywood Life who shared that while the actor felt like it was a risky choice, he doesn’t actually feel that Jolie can be held responsible. This is a far cry from the insensitive man that the superhero actress has pushed out of her life.

“Brad may have his issues with Angie, but he in no way would ever reason to think that she would actively put her kids in harm,” claims the source. It was reported earlier this week by Variety that there was a potential COVID-19 outbreak at the highly anticipated premiere.

“Though herself, the Eternals cast, and maybe even their kids were exposed to Covid, that is just the world we live in, and these things are going to happen.”

Thankfully, the actor is being realistic about the situation the entire world is in right now. A second source confirmed it he has confidence in Angie to parent their kids safely.

“Brad realizes his kids don’t live in a bubble, and these things are going to happen. Brad knows that Angie is fiercely protective over the kids, as is he, and that she would do everything in her power to keep them safe throughout the pandemic.”

Jolie showed up at the event on Oct. 18 with Maddox, 20, Zahara, 16, Shiloh, 15, Vivienne, 13, and Knox, 13. Each of her daughters was wearing a dress that their mom had already adorned at a previous red-carpet event.

“My kids are all mixed with vintage, and in my old Oscars dress,” said Jolie. “We did all vintage and upcycled my old stuff.”

Zahara stood out wearing her mom’s 2014 Elie Saab couture Oscar dress. she sparkled in the dress, just like her mom did back in 2014. She noticeably synced the waist a bit to make it the perfect fit for her.

As for her sister’s, Shiloh wore a beige dress and Vivienne wore a cute cream number. The premiere was special for Jolie who will likely be in the Marvel universe for the next few years depending on how her character’s storyline plays out.

While there were several confirmed COVID-19 cases at the event, it is unclear if Jolie and her children have been suffering any symptoms of the brutal virus. However, the source claims that Pitt is confident that his ex and his children will be fine.

“Brad just hopes that of course no one has it and hopes they are doing everything to isolate and take care of it in all the proper ways needed. He would never put that on her as a means of contention as Brad is not a jerk.”

The two are still wrapped up in a messy custody battle but sources for Pitt have maintained that he and Jolie are trying to keep their kids as far away from it as possible… okay.

It’s unfortunate, but these things happen. 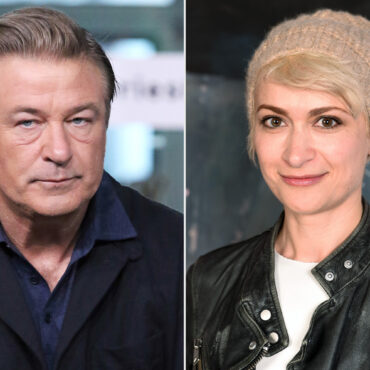 Alec Baldwin shot and killed a woman — cinematographer Halyna Huthcis — on accident while filming his new movie ‘Rust,’ so he’s “canceling other projects” to deal with the tragedy. via People: A source tells PEOPLE that Baldwin, 63, is looking “to take some time to himself and re-center himself,” as he has during difficult times in the past. “This was pretty devastating,” the source says. “This is how he […]