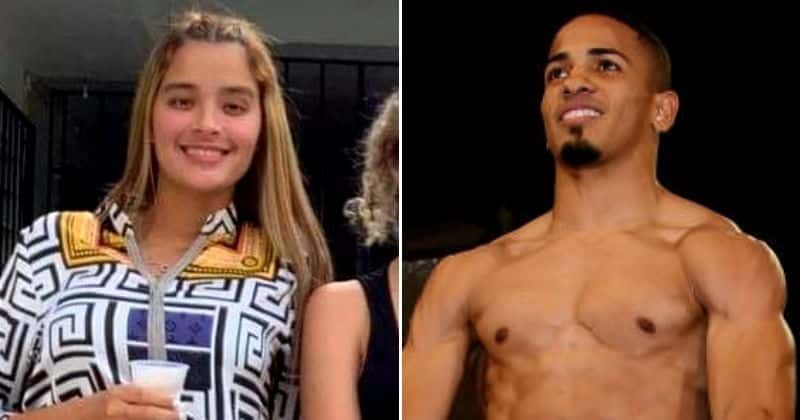 Puerto Rican boxer, Félix Verdejo Sánchez ,turned himself over to law enforcement officials Sunday evening and is facing charges of killing his pregnant girlfriend, Keishla Rodríguez Ortiz, whose body washed up in a lagoon on Saturday.

According to reports, Keishla was killed after she allegedly told Félix and his wife that she was expecting his child.

According to a federal complaint, Mr. Verdejo, a lightweight boxer who represented Puerto Rico at the 2012 Olympic Games in London, is accused of punching the woman, injecting her with “substances,” tying her body to a block and throwing her from a bridge into the water.

The woman, Keishla Rodríguez Ortiz, disappeared on Friday. Her body was found on Saturday and was identified through dental records, the Institute of Forensic Science in Puerto Rico said on Sunday. The police said in a missing person’s report that Ms. Rodríguez Ortiz had last spoken with her mother about 7 a.m. local time on Thursday.

The authorities quickly identified Mr. Verdejo, 27, as a person of interest in Ms. Rodríguez Ortiz’s disappearance. He was seen on Friday walking out of the San Juan Criminal Investigation Corps headquarters, according to reports in the Puerto Rican news media. Capt. Luis Díaz Muñoz of the criminal investigation corps told the newspaper El Nuevo Día that Mr. Verdejo was not cooperating with investigators.

In the complaint, the Federal Bureau of Investigation relied on information from a witness whom the agency describes as a person “with firsthand, personal knowledge” of what took place.

Mr. Verdejo, according to this account, contacted the witness “and requested his help to terminate the pregnancy,” the complaint said. The witness cooperated.

Mr. Verdejo and Ms. Rodríguez Ortiz met on Thursday morning in Mr. Verdejo’s black Durango S.U.V. At one point while inside the vehicle, Mr. Verdejo punched her in the face “and she was injected with a syringe filled with substances,” which were not specified in the complaint. Then, Mr. Verdejo and the witness tied her hands and feet with wire. They also tied a block to her, according to the complaint, and loaded her body into the vehicle she had driven to meet Mr. Verdejo.

The two men abandoned Ms. Rodríguez Ortiz’s vehicle, which was found a day later. Law enforcement officials were able to use cellphone data to piece together where Ms. Rodríguez Ortiz had traveled and with whom she had spoken before she disappeared, according to the complaint.

The information from Ms. Rodríguez Ortiz’s phone led law enforcement officials to Mr. Verdejo, and the bridge, the complaint said. Surveillance video from the bridge shows a dark S.U.V. similar to Mr. Verdejo’s parking on the emergency lane of the bridge. It also shows “visible movement of at least one individual on the side of the vehicle.”

Mr. Verdejo was in custody on Sunday evening and is expected to make his initial court appearance on Monday, according to a spokeswoman for the F.B.I.

It was not immediately clear on Sunday evening if Mr. Verdejo had a lawyer. He could not be reached for comment.

Mr. Verdejo’s boxing record is 27-2, with 17 knockouts, according to Top Rank, a boxing promotion company in Las Vegas. Top Rank, which lists Mr. Verdejo as one of its fighters, did not respond to a request for comment on Sunday.

“The thoughts and prayers of Top Rank are with the family and friends of Keishla Marlen Rodríguez Ortiz, and with the people of Puerto Rico in this moment of mourning,” the company said in a statement on Saturday night. “We are profoundly disturbed by the news and will continue to monitor the evolution of the case as it progresses.”

Ms. Rodríguez Ortiz’s mother, Keila Ortiz Rivera, told El Nuevo Día that when she last spoke with her daughter on Thursday morning, Ms. Rodríguez Ortiz told her that Mr. Verdejo was on his way to meet her to look at the results of a pregnancy test she had taken.

“I told her ‘Be careful’ because he had threatened her not to have the baby, that he had his family, that he is a boxer, that he is a public figure,” Ms. Ortiz Rivera told El Nuevo Día.

Ms. Ortiz Rivera said she received a call at about 9:30 a.m. from her other daughter, who told her that Ms. Rodríguez Ortiz’s boss had called to say she had not shown up for work.

“For me, that was super strange because she is very responsible about her job,” Ms. Ortiz Rivera said.

Ms. Ortiz Rivera said she called Mr. Verdejo to ask about her daughter, and he said he did not know where she was.

“You’re lying to me — that’s the first lie,” Ortiz Rivera recalled telling him. “She talked to me a little while ago, and told me that you were going to her house when you were done working out.”

Keishla’s family and loved ones are in our prayers. 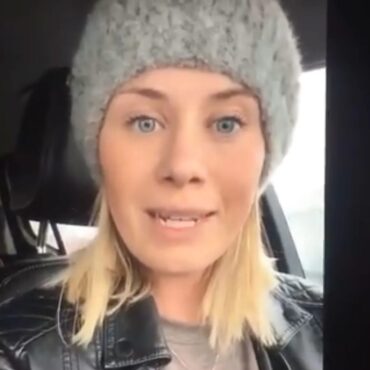 Another white woman lied to the entire internet — and the police — and now she’s facing charges. Specifically, Katie Sorensen, a ‘mom influencer’ told a story about an attempted kidnapping at a Bay Area Michaels store back in December, and she’s been charged with giving police false information. She’s facing two misdemeanor charges — one for lying to a police dispatcher and another for lying to a police officer. via Complex: […]