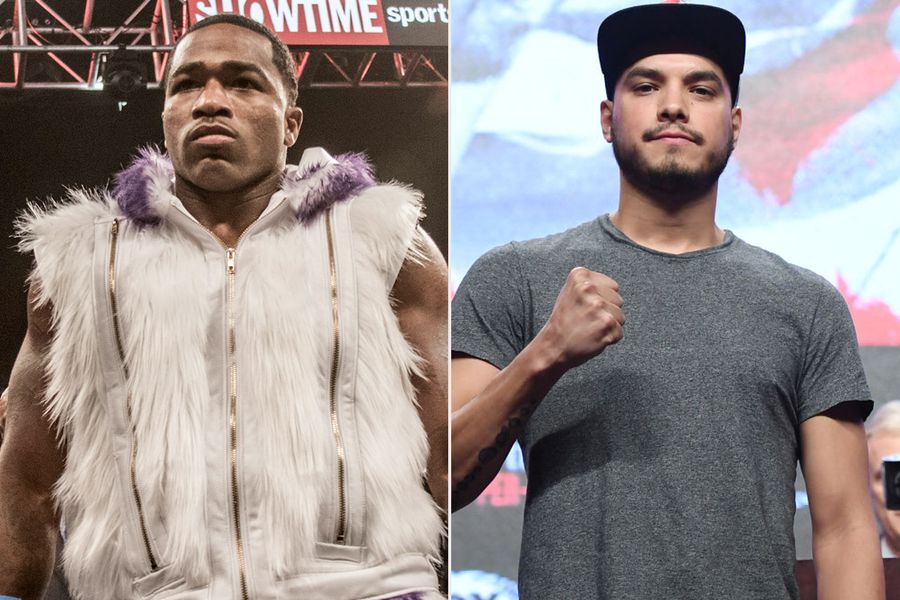 Boxer Adrien Broner is taking a step back from Boxing in order to put his mental health first.

Less than a week before he was scheduled to fight against Omar Figueroa Jr. in Hollywood, Florida, Broner announced his withdrawal from the match, citing issues with his mental health.

In an Instagram post shared on Monday, the 33-year-old athlete wrote, “Man I’m going thru a lot at this moment in my life but I ain’t go give up I set some more goals and I ain’t stopping until I finish what I started but sorry to say this but I’m not fighting #August 20th.”

Broner — who has held 4 world championship titles in 4 weight classes — explained in the caption that “#MentalHealth is real.”

“I’m not about to play inside the ring I’ve watched a lot of people die playing with they [their] boxing career and that is something I won’t do,” he continued. ” Just pray for me I love the sport of boxing to[o] much to not give my all and I feel Like I came up short before because my mind wasn’t 100% there and I be dam[ned] if I make that mistake again.”

Additionally, Broner noted that he needs “to make some changes for the better instead of worrying about other people[‘s] feelings and pleasing them.”

“When In all reality I have nothing to prove to nobody,” he added. “I’m a 4 time world champion in 4 different weight classes and if I never lace up a pair of gloves again I feel like it’s safe to say I will be inducted into the #BoxingHallOfFame.”

As he concluded the post, Broner said he has to take a step back and “overcome this obstacle before I go put my life on the line inside the square circle again.”

“I know I’m far from being finished with the sport SEE YALL SOON #Respectfully?? ?@showtimeboxing,” he shared.

After losing to Manny Pacquiao in January 2019, Broner returned to the ring in February 2021 when he defeated Jovanie Santiago following a two-year hiatus. He was slated to compete with Figueroa Jr., 32, on August 20 for Showtime Championship Boxing at Seminole Hard Rock Hotel & Casino in Florida.

Following the announcement, Figueroa Jr. demanded that Broner provide evidence that he is indeed seeking professional help for his mental health issue.

“Not saying you DON’T suffer from mental health issues as WE CAN ALL tell you do, just don’t use it as an excuse NOW, after you’ve been undisciplined and not taking this fight/training camp seriously!” he wrote in part on his Instagram post. “If it really IS mental health, PLEASE SHOW US THE PROOF THAT YOU WENT AND SOUGHT PROFESSIONAL HELP. You love to post all your sh-t on social media, why not let us in on your ‘mental health recovery’?”

“You don’t get to undermine mine and countless others’ journey and struggles [with] mental health because of your undisciplined/childish dumba–,” Figueroa Jr. added.

Hours after learning about the news of Broner pulling out from the match, Showtime issued a press release announcing a former 140 lbs. Champion Sergey Lipinets will be replacing him in the fight against Figueroa Jr.

The program is set to air Saturday at 9 p.m. E.T on Showtime.

The post Boxer Adrien Broner Pulls Out from Fight Against Omar Figueroa Jr. to Take Care of His Mental Health appeared first on LOVEBSCOTT.

Ariana Biermann opted not to take a breathalyzer test after she was arrested for suspicion of driving under the influence of alcohol. via People: According to a police report obtained by PEOPLE, the Real Housewives of Atlanta alum, 20, was driving a black Mercedes G-Wagon when she was involved in a collision with another car around 1 a.m. on Sunday morning in Atlanta. She was then arrested and cited with […]