Bow Wow and Omarion have announced the new dates for “The Millennium Tour 2021.”

On Friday, the artists took to social media to announce dates for the 2021 United States trek. Bow Wow and Omarion will headline the event, which will include appearances by Ashanti, Soulja Boy, Pretty Ricky, the Ying Yang Twins, and more.

“We got unfinished business to handle!” wrote Bow Wow, who is gearing up for his fast-approaching Verzuz battle with Soulja Boy “…. WE OWE YOU GUYS. This what you been waiting on… lets go! We back outside!!!!!”

The Millennium Tour 2020 was supposed to kick off in Louisville, Kentucky, last February, but was postponed due to concerns over the pandemic. Most of the acts who were set to appear in last year’s tour have signed on for the 2021 trek. And, no, the other members of B2K, who headlined the 2019 tour, are not involved this time around.

The tour will begin Oct. 1 at Los Angeles’ The Forum, and will include stops in Oakland, Detroit, Atlanta, New Orleans, and Miami, before wrapping up on Nov. 26 at the MGM Grand Garden Arena in Las Vegas. You can check out the full list of dates below. Tickets for the event will go on sale at 10 a.m. June 26.

Check out the new dates for “The Millennium Tour 2021” below. 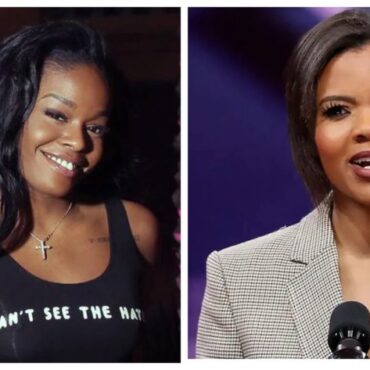 Love her or hate her, sometimes Azealia Banks is the only woman for the job at hand. Sometimes she’s off on her own planet, trying to discredit Megan Thee Stallion’s shooting claims, or literally boiling her dead cat, but sometimes she’s right on the money. And today’s job at hand? Speaking truth to Candace Owens. via: Revolt On Thursday (June 17), Owens tweeted, “Juneteenth is soooo lame. Democrats really need […]