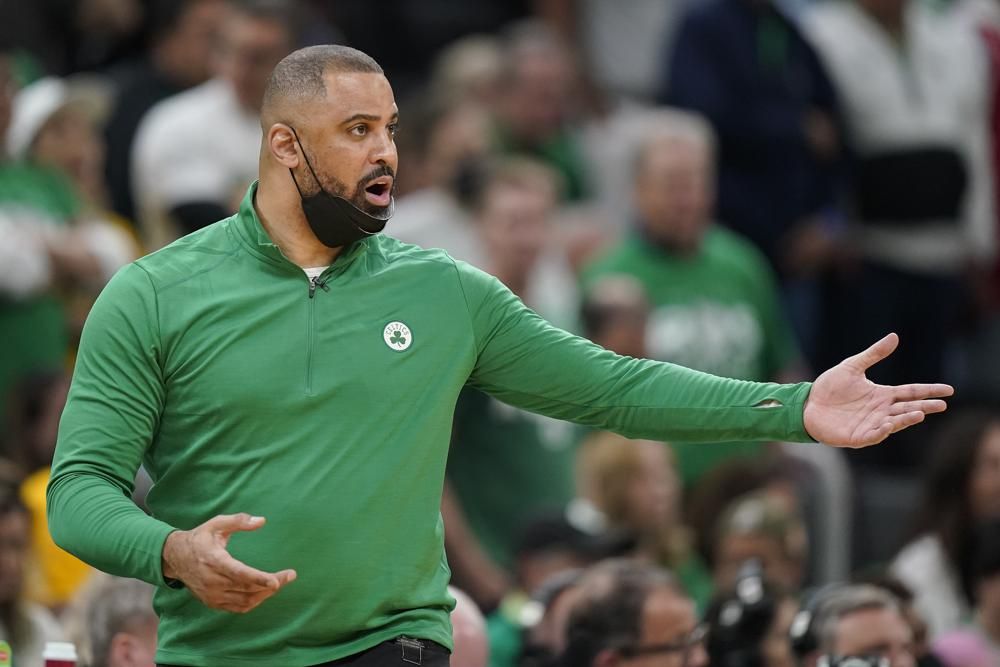 The Boston Celtics organization is reportedly planning to discipline its head coach Ime Udoka – Nia Long’s fiancé – due to an “improper” and consensual relationship with a female member of the team’s staff, which is a violation of the franchise’s code of conduct. It’s been reported he could face a suspension for the entire 2022-2023 season. Sheesh. Details inside…

Talk about fumbling the bag (and possibly your woman)!

An intimate relationship with someone other than his fiancee could cost Boston Celtics head coach Ime Udoka big time!

According to sources, Celtics head coach Ime Udoka engaged in an “improper and consensual” relationship with a female member of the team’s staff. Apparently, his actions are considered to be a violation of the organization’s guidelines, according to ESPN and The Atlantic.

And get this, Ime could reportedly be suspended for the entire 2022-2023 season after he was hired as head coach of the team in June 2021. As of now, his job is not considered to be in jeopardy. If he does get suspended for the upcoming season, it’ll be a major blow to the team since they could possibly be contenders for an NBA title this season. During Ime’s coach debut year, the team almost won a championship last season.

Thankful for him. Together we learn, we love, we create. I hope all of you had a fantastic day of reflection and quality time with loved ones. #happythanksgivng pic.twitter.com/FnQVzNeCXe

If you didn’t know, Ime has been engaged to Hollywood actress Nia Long since June 2015. The couple’s engagement came after they welcomed a son, Kez, in November 2011.

In June 2015, Nia told TMZ Sports that she and Ime are “taking their time” with wedding plans. When asked if they knew when the wedding would be, she responded, “No, we don’t know yet. We are taking our time.”

In May 2022, a video of Nia dancing went viral when Ime and the Celtics were headed to the NBA Finals after beating the Miami Heat in Game 7 of the NBA’s Eastern Conference Championship.

Just recently, Nia limited her comments on IG. She last posted a picture of her and Ime’s son, holding up a sign about his first day of fifth grade:

No word from Nia about the scandal.

Meanwhile, Twitter has been cutting up ever since deets about Ime’s “improper relationship” surfaced:

Cheating on Nia Long is not something a sane man does. Ime Udoka must’ve gotten CTE from coaching Al Horford

Stephen A Smith is fired up about the Ime Udoka news pic.twitter.com/rgcT1luTEw

Nigga done lost Nia Long, the finals, his side hoe and potential the bag?!? Naw this a historical fumble moment we witnessing

NFL free agent Robert Griffin III chimed in, saying people should be more upset that former NFL QB Brett Favre stole welfare funds from some of the poorest people in the United States:

If you are more upset about Ime Udoka and the Celtics situation than Brett Favre STEALING MILLIONS IN WELFARE MONEY FROM THE POOREST PEOPLE IN OUR COUNTRY IN MISSISSIPPI then you are part of the problem. 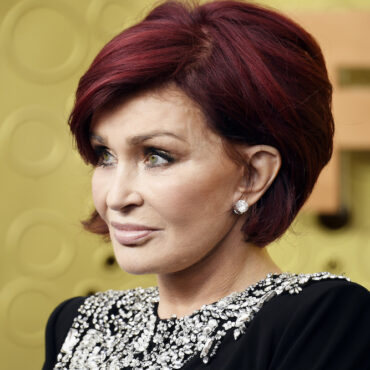 Sharon Osbourne says she believes a CBS executive arranged for her former co-hosts on “The Talk” to put her through a traumatic on-air ordeal to punish her for being disloyal to the network. via Page Six: The Brit says that execs at the network were overjoyed with Oprah Winfrey’s blockbuster March 2021 interview with Meghan Markle and Prince Harry which aired on CBS — and she claimed that head of […]