Blueface and his homies decided to hit up a strip club last night and the rapper shared video of everything that went down inside. Let’s just say they broke every COVID-19 protocol that’s in place. See for yourself inside….

Coronavirus numbers have been rising all over the nation. Yet, some Americans simply just don’t care and are continuing to do whatever they want even though their actions could potentially harm (or even kill) someone else.

Last night, the “Thotiana” rapper – who is rumored to be dating Benzino’s daughter Coi Leray – made his way to a strip club with his homies to party it up with DOZENS of people.

It’s unclear where the party went down. But he lives in L.A., who has been in shut down mode where this certainly is against any rules.

However, there was NO social distancing and no one was wearing masks. Folks on social media said he rented out the strip club so maybe he thought that was a form of being safe? We don’t know. What we do know is the party was definitely a superspreader event and folks will likely be hopping on social media next week posting “announcments” about catching COVID.

Get a front row peek at all the shenanigans that went down in the strip club last night below:

I created a link for everyone https://t.co/JaPN3MNqSq

That dude who pulled his pants down? Gross.

Twitter users are appalled that he’s being so careless and selfish:

DID YOUSE SEE THE STRIP CLUB BLUEFACE WENT TO A FEW HOURS AGO?! BRUV IM-… THATS HOW YOU GET RONA

Blueface wildin out here going to a strip club during a pandemic??? pic.twitter.com/HWBVrqyJ8E

not blueface @ a strip club during a pandemic

Watching Blueface IG story realizing there will be no end to this panoramic #blueface pic.twitter.com/bKSfSdvDBo

People when they get finish watching Blueface’s IG story knowing that we are going to be in a pandemic forever pic.twitter.com/Rf0llS3LVv

He attended the strip club a few days ago as well, with his artist by his side. They were in L.A.:

The United States reportedly recorded over 4,000 deaths in a day due to COVID-19, which is the highest one-day total since the pandemic began last year. According to NBC News, there was also a record number of cases – 268,883 – showing that the national outlook is worsening by the day.

Also, there’s a NEW mutant variant of the disease – first identified in the UK – which has shown to be MORE infectious. It has been detected across the country, including in Pennsylvania, Texas and Connecticut.

Stay safe everyone! Despite what celebs are doing, keep social distancing and wearing masks so we can get this virus under control. 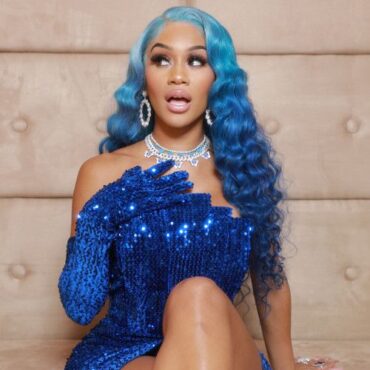 Before Saweetie could officially release her “Best Friend” video that features Doja Cat, Roc Nation group Ceraadi called her out over conceptual similarities. See the comparison and tell us what you think inside…. Saweetie’s new song “Best Friend” featuring Doja Cat is bringing even more drama. Last month, Saweetie called out her label – Warner Records – for prematurely releasing “Best Friend” to streaming services before she could do the […]