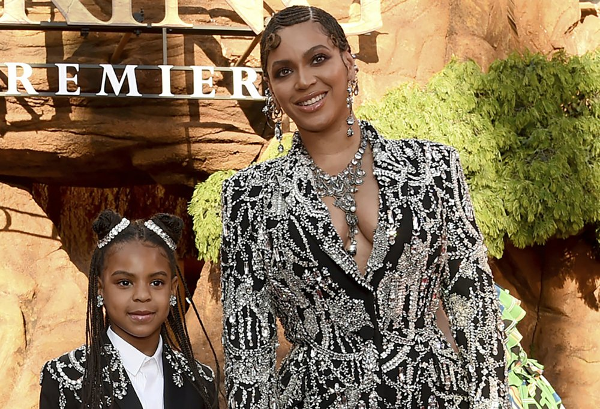 HERstory was made at the 2021 Grammy Awards by one famous 9-year-old. Blue Ivy Carter won her first Grammy Award for her part in Beyoncé’s “Brown Skin Girl” featuring WizKid. She’s now the second youngest winner in Grammy history. Celebrate inside…

Our niece is growing up y’all! And she’s making HERstory at the tender age of 9.

Blue Ivy Carter hasn’t even reached a decade of life and she’s already accomplishing more in life than most adults. She has won her first Grammy Award, making her the second-youngest person to ever take home a Grammy.

On the track, Blue is credited as a featured artist and songwriter.

As we all know, she appears in the music video and sings the song’s outro. Now, she’s sharing a Grammy win with her mother and collaborator WizKid.

Blue Ivy can now add her Grammy award with her collection of BET, NAACP and Soul Train trophies that she previously won for her work on the track. Congrats, Blue!

It’s a big family flex all around!

Megan Thee Stallion just won her first Grammy and made history! The Houston Hottie and fellow Houston baddie Beyoncé won the Best Rap Performance award and it’s the first time an all-female collaboration received the award. More inside… Women’s History Month just got sweeter! The ladies are taking over this year’s Grammys Awards. Houston ladies to be exact. Megan Thee Stallion just copped her very first Grammy Award and she shares it with none other than her idol, Beyoncé. The […]