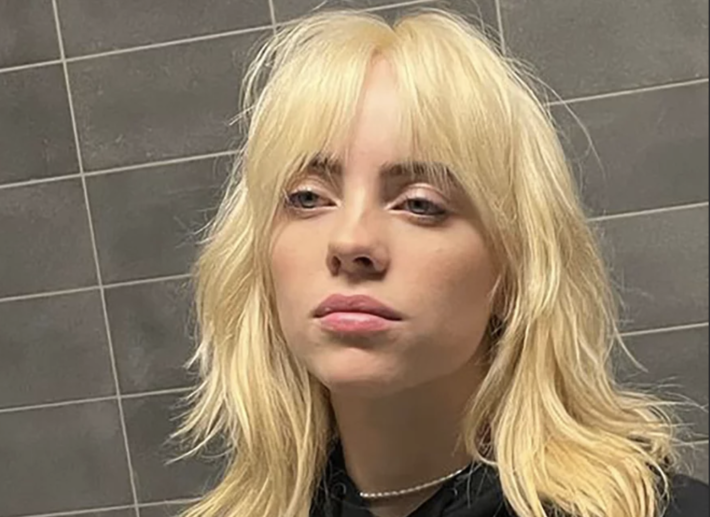 Billie Eilish shocked fans last month when she revealed that her signature black and green hairstyle was out and new blonde tresses were in.

In a Q&A with fans on Instagram, Billie shared that the entire bleaching process took six weeks to complete. 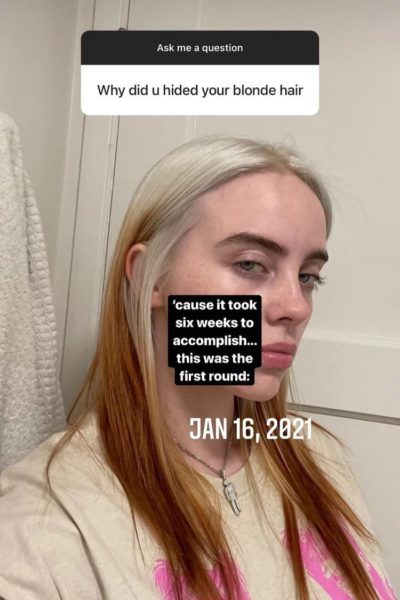 “‘Cause it took six weeks to accomplish,” the star wrote alongside a photo taken on January 16, after the “first round” of the hair dying process. The image showed Eilish rocking a two-toned look: a platinum blonde on top that faded into a more red-leaning hue.

Eilish also said that even after all of the work that went into getting her light blonde color, her hair is “so healthy.”

“I wasn’t expecting that at all,” she explained, adding, “It’s actually healthier than it’s been in a longgggggg time.”

Eilish’s hairstylist previously shed some light on the hair transformation, writing in a since-deleted post that she had been gradually lightening the singer’s jet black locks — leading fans to believe Eilish was wearing a wig when she performed at the Grammys just days before the big reveal.

“The process is real when you’re doing it right. 6 weeks to get all the black of of her ends without damaging it, along with her following my strict haircare regime. We actually loved all the stages of lifting the color too but the end result is [fire emoji],” Lissa Renn wrote last month alongside a few photos of Eilish throughout the hair transformation process.

At the time, Eilish seemingly confirmed the fan theories on TikTok, posting a video that appeared to show her lifting up a black and green wig.

In recent months, the seven-time Grammy winner has been switching between all-over ink black and her signature black with neon green roots. She previously rocked a light teal color at the beginning of 2019, as well as an indigo blue before that.

Eilish made the big reveal shortly after asking fans to guess what color she would pick next. “did you guess correctly?” she captioned the clip.

Six weeks? Now, THAT is what we call dedication.

The post Billie Eilish Says She’s Been Hiding Her Blonde Hair for Months: ‘It Took Six Weeks to Accomplish’ appeared first on LOVEBSCOTT. 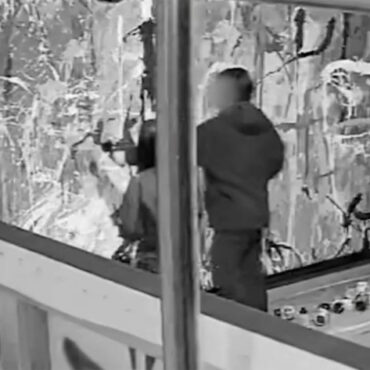 A South Korean couple accidentally ruined a half-million dollar American artwork when they painted over it. via NYP: “They thought they were allowed to do that as participatory art and made a mistake,” said Kang Wook, head of the exhibition at Seoul’s Lotte World Mall, where the accidental vandalism took place, Reuters reported. The damaged 95-by-275-inch untitled piece was painted by Paris-based artist JonOne, a k a Harlem-born John Andrew […]