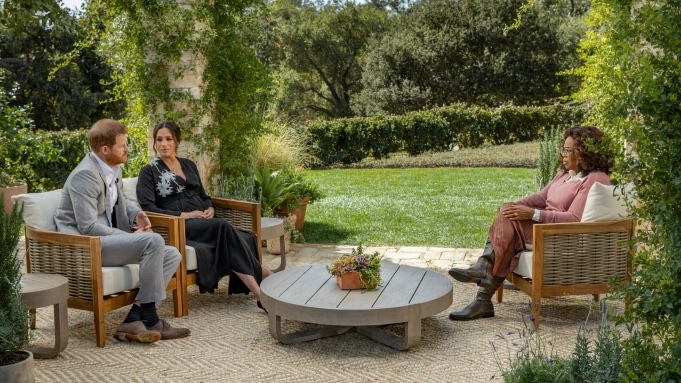 It’s been over a year since Prince Harry and Meghan Markle, the Duke and Duchess of Sussex, announced they were stepping back from their royal duties and relocation to America. But it wasn’t until Sunday that they gave their first big interview, which they granted to no less than Oprah. And a lot was revealed.

Meghan Markle and Prince Harry revealed Sunday that they are having a baby girl — and then they’re through with having kids.

Meghan Markle revealed Sunday night that members of the royal family discussed with Prince Harry how dark their son’s skin might be.

Meghan Markle addressed widespread reports that she “made Kate cry” over her flower-girl dresses during preparations for the 2018 wedding, saying: “The reverse happened.

Meghan Markle: I Had Suicidal Thoughts, ‘Just Didn’t Want to be Alive Anymore’

Meghan Markle said Sunday she contemplated suicide amid the pressure of dealing with life as a royal and her treatment at the hands of the British media.

By interview’s end, though, she showed off her strength. “I’ve lost my father, I lost a baby, I nearly lost my name, there’s the loss of identity,” Markle told Winfrey. “But I’m still standing, and my hope for people in the takeaway from this, is to know that there’s another side — to know that life is worth living.” 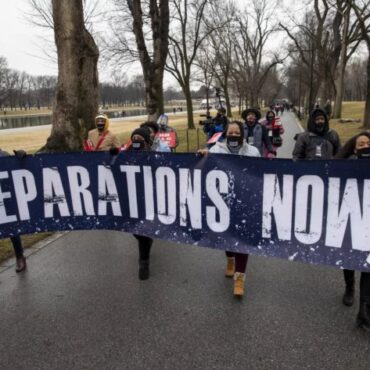 Evanston, Illinois, is the first city in the country to establish reparations with a commitment of $10M over the next decade. Eligible Black residents will receive reparations up to $25K as part of a commitment from the city. via: Revolt As the national quest to grant reparations to the ancestors of slaves continues in the form of H.R. 40, a city in Illinois will begin to distribute payments to its […]