Bhad Bhabie Claims She Was ‘Abused, Malnourished’ At Utah Facility For Troubled Teens

Rapper Bhad Bhabie is publicly blasting a Utah treatment center that she was checked into as a child with claims that she was abused and malnourished while staying at the facility.

The rapper, real name Danielle Bregoli, is speaking out about the situation following another young girl who went public claiming she was sexual assaulted while inside the same facility.

“Turn about ranch treatment facility punished this young lady Hannah for reporting that one of their staff members assaulted her. Keep in mind when your at this program you can NOT have any contact at all with your parents nor able to use a phone this girl couldn’t even call the police if she tried. There’s been a Murder at this facility, reports of torture, and now a report of sexual abuse and dr. Phil still continues to send troubled children here even after knowing this stuff has happened at this facility. This makes my blood boil. I went through being malnourished, abused, and having to do hard labor and being there while someone was murdered,” she began.

According to reports, back in 2016, a 17-year-old patient allegedly beat a 61-year-old ranch staff member to death with a metal bar.

Danielle continued, “I came back with more trauma than I went there with. I was sent to this place to get help. Hannah went to this place to get help what she got was the complete opposite (the facility) needs to be SHUT DOWN IMMEDIATELY and staff should receive consequences for how they treat helpless children. THESE CHILDREN ARE HELPESS THEY CANT CONTACT THEIR PARENTS. They can’t tell them what’s going on the ranch takes advantage of that.”

As you know, Bregoli was sent to the facility by ‘Dr. Phil’ producers after making her famous ‘cash me outside’ appearance on the talk show. The influencer went on to create the ‘Bhad Bhabie’ alter ego and launched a successful rap career.

She continued, “If children don’t listen to them they don’t even let them use a proper restroom or eat real food they separate them from the other children, force them to sit at a desk facing a wall, make them do hard labor, use a porta-potty, eat peanut butter sandwiches and cold ramen, sit it below freezing temperatures, pick weeds and put together over 20 piles of horse manure with a wheelbarrow. How is punishing children supposed to help them become better!!??”

According to reports, Danielle is supporting Hannah Archuleta who is now suing the facility after she was sent to the ranch following an appearance on the Dr. Phil Show. The girl, who is represented by Gloria Allred, claims she was sexually assaulted by a male staff member ten days after she arrived.

We reached out to the facility, so far no comment.

At least she’s using her platform to bring about some change.

The post Bhad Bhabie Claims She Was ‘Abused, Malnourished’ At Utah Facility For Troubled Teens appeared first on LOVEBSCOTT. 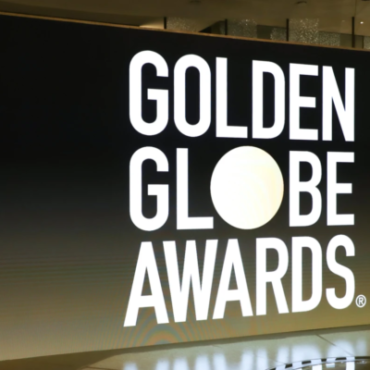 Here Are the 2021 Golden Globes Winners

Did you catch the 2021 Golden Globes? If you didn’t — no need to worry. You didn’t miss any super-noteworthy moments AND you can catch a list of the night’s big winners below. A running list of the 2021 Golden Globes winners will be updated throughout the night below. Best Motion Picture — Drama The FatherMankNomadlandPromising Young WomanThe Trial of the Chicago 7 Best Motion Picture — Musical or Comedy Borat Subsequent […]