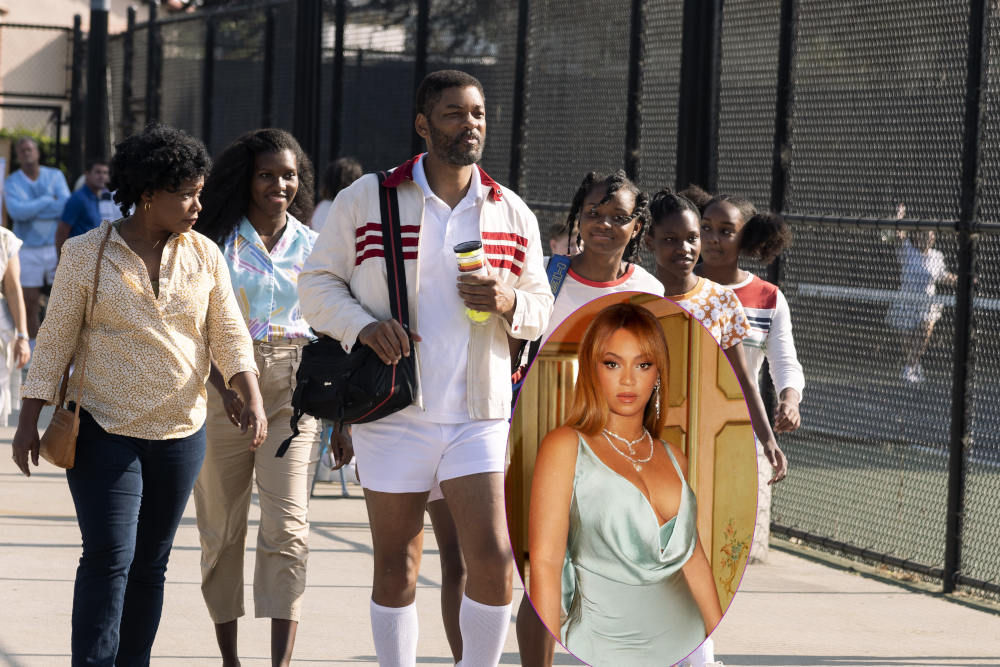 BEYHIVE! New music from Beyoncé is coming soon. The Grammy winner teases her new track “Be Alive” in the newest trailer for King Richard. Take a listen, plus find out how Mrs. Carter got involved with the film and more inside…

Now we know why Beyoncé has been EXTRA active on social media lately: She has new music and a new collaboration dropping! And we’re glad because we’re thirsty for some new Bey vocals and new Ivy Park ‘fits.

The newest trailer for King Richard just dropped and it features a powerful ballad titled “Be Alive” from none other than the queen herself, Beyoncé. King Richard follows the journey of Richard Williams, the father of tennis stars Venus & Serena Williams, as he molds his daughters into the best tennis players we’ve ever seen. Both Venus & Serena signed on as executive producers of the film.

“Can’t nobody knock it if they try,” Beyoncé sings as viewers watch Richard (played by Will Smith) coach his young tennis stars Venus (Saniyya Sidney) and Serena (Demi Singleton) while he’s criticized about his training methods.

“Do you know how much we have pride?/How hard we have to try?,” Bey sings.

Will Smith, who plays the lead role of Richard Williams, shared how The Williams sisters inspired the singer to contribute a song after a screening of the film.

“The marriage of a movie and a song is a kind of magic that’s unmatched in entertainment,” he shared. “I was so happy when Beyoncé called.”

Sweet! Does this mean a new album is in the works as well? We’re keeping our fingers crossed.

The Hollywood titan shared the new trailer on social media, prefacing the clip with a video of himself alongside Venus & Serena:

I’m SO excited for you to watch the new trailer for #KingRichard starring Will Smith and featuring the song “Be Alive” by @Beyonce. It’s in theaters and streaming exclusively on @HBOMax November 19. pic.twitter.com/pILYvbJsbw

“I’m SO excited for you to watch the new trailer for #KingRichard starring Will Smith and featuring the song “Be Alive” by @Beyonce. It’s in theaters and streaming exclusively on @HBOMax November 19,” Serena tweeted.

Other members of the star cast include Aunjanue Ellis, Tony Goldwyn and Dylan McDermott.

Check out the trailer below:

Will King Richard be the project that earns Will Smith his first Oscar? We shall see….

King Richard, directed by Reinaldo Marcus Green, will arrive in both theaters and on HBO Max on November 19th. We are READY.

Beyoncé and Jay-Z will reportedly attend the 2021 Rock & Roll Hall of Fame Induction ceremony held at Rocket Mortgage FieldHouse on October 30th. Jay-Z is one of this year’s inductees.

Greg Harris – CEO and President of the Rock and Roll Hall of Fame and Museum – confirmed The Carters will be in attendance.

“I can tell you they are scheduled to be at the event,” Harris told Cleveland.com. “It’s going to be remarkable.”

Right now, details about who will induct Hov and whether or not the Hip Hop icon will perform are still unknown.

The Rock Hall announced earlier this week that Taylor Swift will induct Carole King. Swift will also perform in honor of King, as will Jennifer Hudson in a separate performance.

Actress and superfan Drew Barrymore will induct The Go-Go’s, who plan to perform three songs. Lionel Richie will handle the honors for Ahmet Ertegun Award winner Clarence Avant. There have also been reports that Dr. Dre will induct LL Cool J. However, the Rock Hall has yet to confirm those details.

We’re always here for a Bey & Jay performance…IF that’s what’s on the table.

We love the inclusivity. 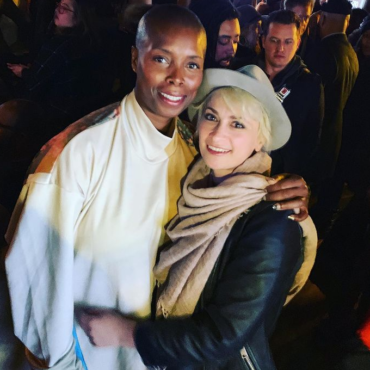 In very tragic news, a crew member was accidentially killed after actor Alec Baldwin discharged a prop firearm on the set of the movie, Rust, which was being filmed in New Mexico. Director Sidra Smith (twin sister of Tasha Smith) mourns the death of the slain crew member, director of photography Halyna Hutchins. Meanwhile, actress Reagan Gomez questions how this even happened. The devestating details are inside... Hollywood is in […]