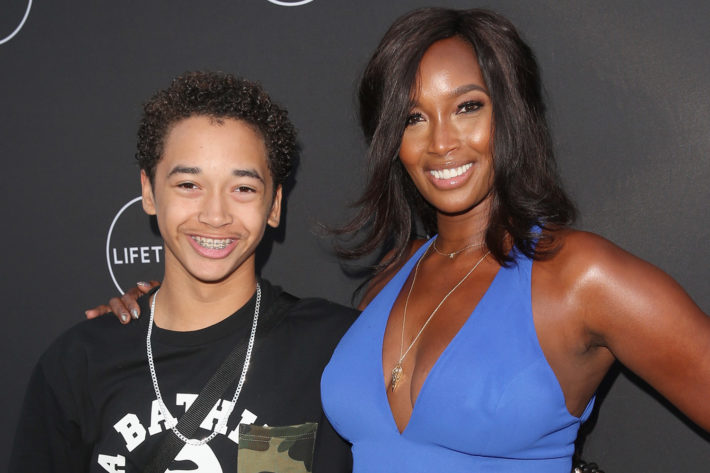 Beverly Peele has revealed that she initially had a difficult time bonding with her son Trey, whom she says she shares with former fashion executive Peter Nygard, after Peter allegedly sexually assaulted her.

“My son and I are very close. I told him that, ‘It was hard for me to take you into my arms,’ and things like that,” Peele, 45, shared on the Tamron Hall Show. “Everything I say my son already knows, so it’s not anything that he’s hearing for the first time. He’s such a strong boy, or a young man, I should say. I’m very, very thankful for him.”

She added, “The best thing I got out of Peter Nygard was my son.”

Peele alleged she didn’t find out Nygard, 79, was her son’s father until he was born, because she was married to Jeffrey Alexander.

The model then said she struggled with the discovery that she had a child with Nygard.

“I did not want to breastfeed. I didn’t want to put the baby’s smell on me,” she said. “I hate saying that but it’s the truth and it’s because it’s what Peter Nygard did to me … and the way everything went down.”

Peele also talked about the alleged sexual assault in the discovery+ documentary Unseamly: The Investigation of Peter Nygard, which examines the stories of several women who have accused the jailed fashion executive of sexual assault and sex trafficking.

“My client vigorously denies the allegation by Beverly Peele and fully expects to be vindicated in court if it gets to that,” Prober tells PEOPLE.

Finnish-Canadian former fashion executive was arrested in December in Canada after being indicted in the U.S. on nine federal counts relating to racketeering, sex trafficking and more.

He was taken into custody in Winnipeg amid allegations that he had engaged in inappropriate, illegal conduct with both “adult and minor-aged female victims” within a 25-year span, from 1995 to 2020, the United States Attorney’s Office for the Southern District of New York said.

The indictment — which was filed on Nov. 23 — alleged that Nygard, 79, and others who worked with him drugged and sexually assaulted some victims for the “sexual gratification” of himself and “his friends and business associates.”

Nygard is further being accused of targeting minors and women from “disadvantaged economic backgrounds” who’d suffered abuse in the past.

The alleged actions took place in the United States, Canada and the Bahamas, the indictment states.

At the time, Prober said his client “vehemently denies these allegations and fully expects to be vindicated in court.”

It is unclear if Nygard has entered a plea at this time.

Sadly, Beverly’s experience isn’t uncommon among women who have had children with their (alleged) abusers. We hope that Beverly sharing her story will offer some comfort to other women and let them know they aren’t alone.

The post Beverly Peele Says She Had Trouble Bonding with Son After Her Alleged Sexual Assault by His Father Peter Nygard appeared first on LOVEBSCOTT. 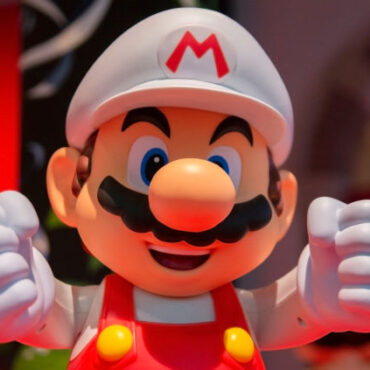 Today is March 10, which means it’s a Mar10 Day! To celebrate the plumber with the meanest mustache in the game, Nintendo has reduced the price of some straight-up bangers by 35 percent.Read more...