Ben Simmons Puts NJ Mansion On The Market For $5M, Hours After He Was Thrown Out Of 76ers Practice & Suspended 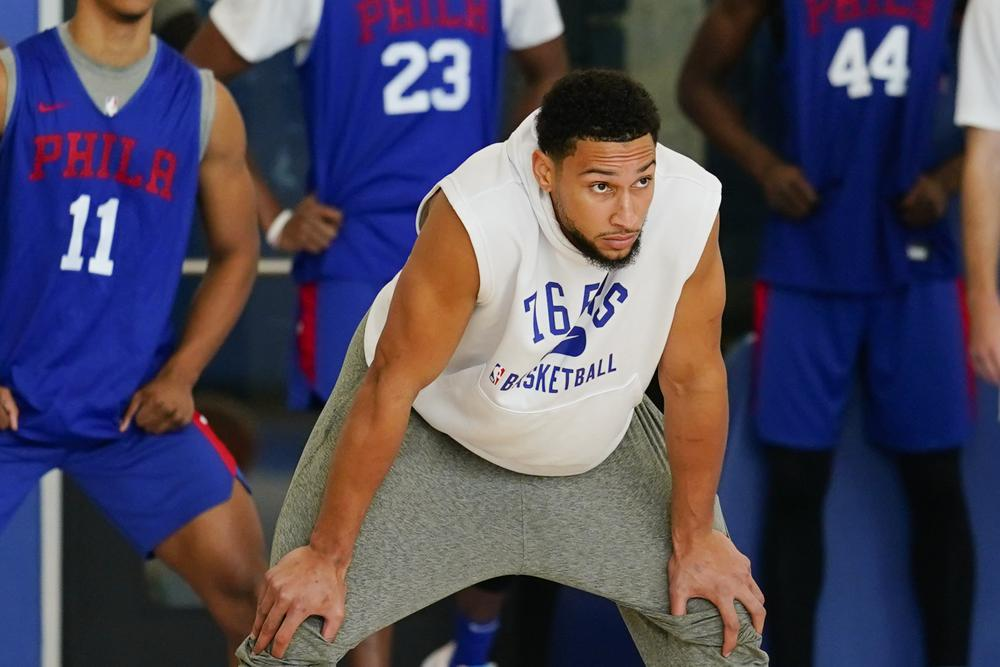 Ben Simmons wants out and there’s drama! The 76ers point guard put his New Jersey mansion for sale hours after he was kicked out of the Philadelphia 76ers practice and suspended by head coach Doc Rivers. Find out what’s going on inside…

Ben Simmons is NOT happy in Philly!

The 25-year-old NBA star doesn’t want to play or practice with the Philadelphia 76ers anymore. So, head coach Doc Rivers kicked the All-Star player out of practice and suspended him for the season opener. Sheesh!

Ben apparently put on a childish display during practice, which landed him the boot. According to sources, he refused to fully participate during Tuesday’s practice. He was asked to participate in defense drills – twice – and refused.  A day before, he was spotted lingering outside a team huddle and he hardly said anything to his teammates as he sat alone in a corner.

Today was Ben Simmons’ second practice back with his #Sixers teammates. The team says he will speak with the media tomorrow. pic.twitter.com/cC6nALtEry

“I just thought he was a distraction today,” Doc Rivers said Tuesday after practice. “I didn’t think he wanted to do what everybody else was doing. It was early. It wasn’t a big deal. I just told him he should leave. We went on with practice.”

It’s getting ugly. Play stupid games, win stupid prizes. Ben lost checks for being kicked out of practice and suspended for the season opener. Hmph.

After the boot from practice, he was suspended from playing in the Sixers season opener against the New Orleans Pelicans yesterday (Oct. 20th). By the way, the Sixers defeated the Pelicans, 117-97.

Well, the drama didn’t end there.

“Simmo the Savage” in green neon in Ben Simmons Moorestown home, just listed for sale this afternoon for $5M. Ben Simmons house just a yard over from next street where Terrell Owens lived when he was sent home from training camp&then worked out in front of media @FOX29philly pic.twitter.com/MTUaRfmqDP

The asking price is $5 million. Previously, the home sold for less than half its current asking price, $2,275,000, in Nov. 2019.  So he could jiust be taking advantage of the crazy housing market and windfalls for sellers right now, seeing that he also sold his Ritz Carlton apartment weeks ago as well.

Ben Simmons listed his apartment at the Ritz-Carlton in Philadelphia for $3 million earlier this month.

Now, he has also listed his New Jersey home for $5 million.

The 10,500-sq-ft home is 20 miles from the arena and includes a gaming room, movie room, and fish tank. pic.twitter.com/aQD1CWta0S

According to the Trulia listing, Simmons’ home is located at the end of a cul-de-sac and features amenities such as a fireplace, custom cabinetry, white oak hardwood floors along with a wet and dry bar. The home also has an “oversized” movie room, a “massive” fish tank and a private gaming room with its own full-service bar, bathroom and candy room. Simmons kept the home relatively free of personal touches, aside from a custom neon sign featuring his gamertag (Simmo the Savage) and a hallway with framed magazine covers and his jerseys.

If anything is clear, it’s the fact Ben does NOT want to be in Philly and he’s doing whatever is necessary to get out. Over the summer when there were trade talks involving him, Ben coughed up $17.5 million on a brand-new super luxe modern farmhouse-style mansion just outside Los Angeles in Hidden Hills.

It’s no secret Ben has been trying to get traded from the Sixers. He skipped out on the team’s training camp and the first two preseason games. However, he returned to Philly after raking up some hefty fines from the league. Not only that, he missed some game checks as well, so he likely came back for the bag.

“I’m not here to babysit,” Embiid said. “I’d be willing to babysit if someone wants to listen, but that’s not my job. That’s out of my control. As a team, we’re going to be fine.

The Sixers organization is already erasing him from the team’s promo:

Sports analyst Stephen A. Smith weighed in on Ben’s deteriorating relationship with the Sixers:

MY reaction to Ben Simmons! pic.twitter.com/6UMbtpyoEW 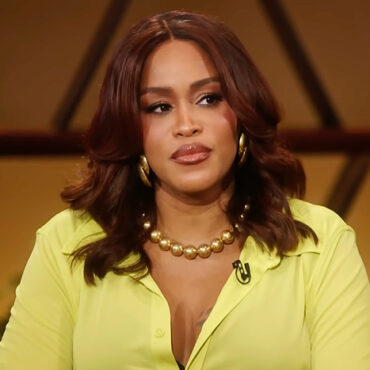 It’s been years since Eve dropped a solo project, but her pulse remains on hip hop culture. During a recent interview with Trevor Noah, the veteran female rapper shared her thoughts on the current state of hip hop, particularly her dissatisfaction with some of today’s artists. via: Rap-Up “There’s a lot of clones,” she told Trevor Noah. “I feel like back in the day, uniqueness was celebrated and I think […]