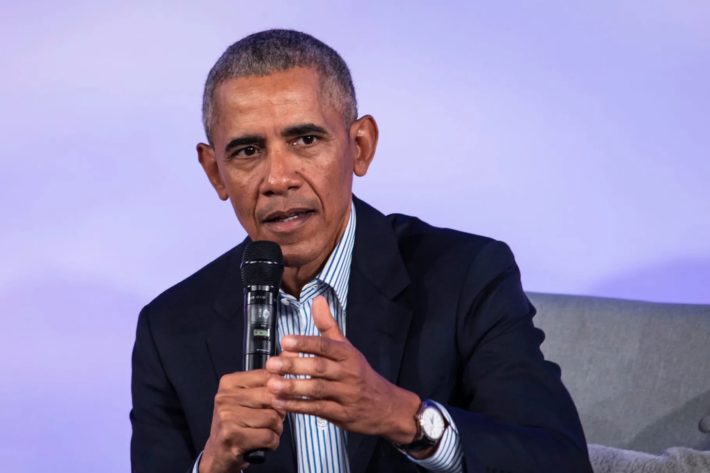 Barack Obama has joined the increasing calls for stronger gun control measures in wake of a mass shooting that left nearly a dozen people dead.

Barack Obama is calling for stricter gun control laws following the mass shootings in Colorado and Georgia. On Tuesday afternoon (March 23), the former president addressed the “random, senseless acts” in Atlanta and Boulder, and expressed his condolences to the families of the victims. He also praised the courage of Officer Eric Talley, who passed away while responding to the violence, which he says has produced both feelings of grief and outrage in many Americans.

“In so many ways, our lives may soon start to return to normal after a long, difficult year filled with so much loss,” Obama wrote in his formal statement.

“But in a normal life, we should be able to buy groceries without fear. We should be able to go to school, or go out with our friends or worship together without mentally planning our escape if someone shows up with a gun … We should. But in America, we can’t.”

Obama said that the fight against the gun violence epidemic is long overdue and noted that, “It will take time to root out the disaffection, racism and misogyny that fuels so many of these senseless acts.”

“But we can make it harder for those with hate in their hearts to buy weapons of war,” he continued. “We can overcome opposition by cowardly politicians and the pressure of a gun lobby that opposes any limit on the ability of anyone to assemble an arsenal. We can, and we must.”

Obama’s statement comes in the wake of the Boulder shooting that saw 10 grocery shoppers killed at the hands of 21-year-old suspect Ahmad Al Aliwi Alissa. It’s the second time within days that the former president brought attention to the country’s need for stricter gun laws.

A once-in-a-century pandemic cannot be the only thing that slows mass shootings in this country. It’s time for leaders everywhere to listen to the American people when they say enough is enough. pic.twitter.com/7MEJ87Is3E

The Boulder incident marked the U.S.’s second deadly mass shooting within a week. Last Tuesday, a gunman opened fire at multiple spas in the Atlanta area, killing eight people—six of whom were of Asian descent. The deadly attacks have revived calls for gun reform among Democratic leaders, including President Joe Biden.

Saweetie covers the April 2021 issue of Cosmopolitan where she opens up about suffering from post-traumatic stress disorder following that cringey HOT 97 interview back in 2018. Find out she bounced back, plus how she’s using her early career fails as fuel for her glow up, "pretty privilege," and more inside…           View this post on Instagram                       A post shared by TheYBF (@theybf_daily)   BAD […]