Barack Obama and Ava DuVernay are taking their talents to Spotify for their own podcasts, respectively. Find out what our forever president and fab directress has cooking up inside…

Forever President Barack Obama will be teaming up with legendary musician Bruce Springsteen for some legend talk about music, fatherhood, sports, life experiences, how they’re dealing with today’s issues and more in their new podcast series, “Renegades: Born in the USA.”

In the trailer Obama posted on his Twitter account, POTUS and Bruce meet up at the singer’s recording studio at his New Jersey home. The twosome opened up about their childhoods where Obama revealed his father left him at the age of 2 and returned when he was 10, but was only there for a month. With his father being absent for the majority of his life, President O said there was no way for him to feel a connection with him because he felt like a stranger.

Last year, I sat down with my good friend Bruce @Springsteen for a long and meaningful conversation that touched on so much of what we’re all dealing with these days. I’m excited to share it with you over the next few weeks: https://t.co/sQACD08AWx pic.twitter.com/biMoxCLhAG

On the surface, Barack and Bruce may not seem like they have a lot in common. Despite their very different backgrounds, the 59-year-old politician and the 71-year-old musician found common ground in the idea of America and this is what they explore in the new podcast.

Peep the trailer above.

”Renegades: Born in the USA” is the second podcast series to come out of POTUS and First Lady Michelle Obama’s 2019 deal with Spotify. The inaugural series, “The Michelle Obama Podcast,” was hosted by FLOTUS and was launched via Higher Ground production last July.

The first two episodes of “Renegades: Born in the USA” is currently streaming on Spotify.

Spotify is also working with Barack & Michelle’s Higher Ground production company on another podcast, “Tell Them I Am,” which compiles stories from Muslim voices and will debut throughout Ramadan.

As for another new Spotify podcast…

Ava DuVernay has also hopped in the Spotify podcast game.

After inking a multi-year deal with the streaming service in January, the “When They See Us” director’s first podcast will be an unscripted series about high profile cases of police brutality centered on the Law Enforcement Accountability Project (LEAP), which Ava launched last year.

“For Elijah and Breonna and George and Sandra and Philando and too many more. We can’t allow police who kill to disappear, unknown. It’s called qualified immunity and it’s a dark place. LEAP FILES will try keep a light on those dark places,” she wrote on Instagram.

Each episode will explore a new case of police brutality and explore the “blue wall of silence” that surrounds officers that are accused of murdering unarmed black civilians, zeroing in on the lack of repercussions and accountability despite fatal wrongdoing.

“One of the things that defines artists is our curiosity — always wanting to learn more, reach further,” said Ava. “And so this is a non-scripted project called The LEAP Files. We analyze high-profile cases that have been in the news as it relates to police brutality against black people. This podcast pulls back the curtain.”

Variety shared more deets about what’s set to come down the pipeline via Ava’s deal with Spotify:

Spotify and DuVernay will develop and produce exclusive original audio programming through Array, DuVernay’s multiplatform arts and social impact collective, in concert with Spotify’s Gimlet studio. The scripted and unscripted narrative podcasts will “amplify a variety of voices and perspectives,” according to Spotify. The slate will be overseen by Array Filmworks president Sarah Bremner.

Bring it on! We love a good podcast around these parts. 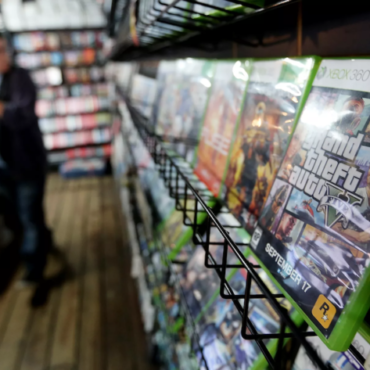 Good Luck With That: Illinois Legislator Aims to Prohibit Sales of ‘All Violent Video Games’

It’s 2021 and people are still trying to regulate the sales of violent video games — claiming there’s a connection between the games and real-world violence. via Complex: As spotted by Polygon’s Nicole Carpenter on Tuesday, an Illinois legislator is aiming to prohibit the sale of “all violent video games.” Documents, per the gaming news site, were filed by Rep. Marcus C. Evans Jr. last week as part of a […]