BANNED FROM FIRST GAME? Houston Rockets & NBA Reviewing Video Of A Maskless James Harden Partying At A Strip Club To Determine If He Violated COVID-19 Protocol 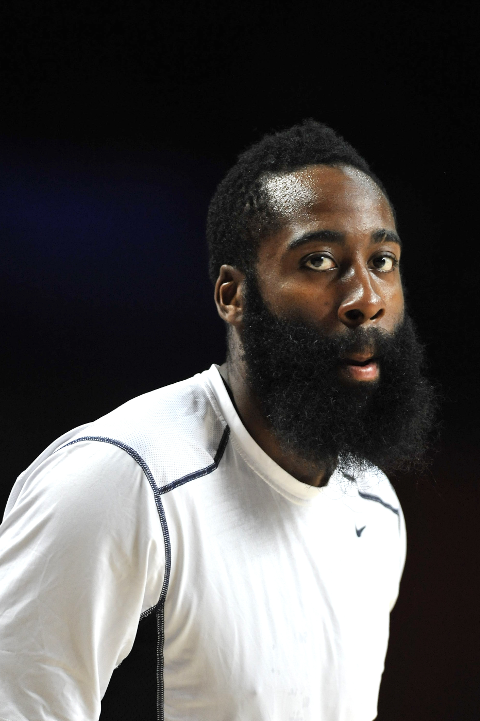 UH-OH! James Harden may miss the Houston Rockets’ season opener tonight because of a video allegedly showing him partying at the strip club recently. More inside…

The All-Star baller – who tested positive for COVID-19 over the summer – is being investigated after a video of him maskless at a strip club surfaced. Now, the NBA is looking to see if he violated the league’s COVID-19 protocols. We guess him pulling up at Lil Baby’s birthday bash with hundreds of maskless people a few weeks ago was OK…..

Peep the video in question below:

The NBA’s COVID-19 protocols prohibit players from going to bars, lounges or clubs and from participating in social gatherings of more than 15 people.

According to the health and safety protocols, failure or refusal to comply could subject a player to disciplinary action by the NBA or his team, including a warning, fine and/or suspension, as well as being required to participate in an education or training session. Repeat offenders may be subject to enhanced discipline.

Harden, who has requested to be traded, violated the league’s COVID-19 protocols during his brief holdout at the beginning of training camp when he attended rapper Lil Baby’s birthday party in Atlanta and frequented Las Vegas clubs. The league required Harden to have six consecutive days of negative coronavirus tests before clearing him to practice with the Rockets.

Sources told ESPN that Harden had COVID-19 during the summer before the NBA season restart, which is why he was late reporting to the league’s Walt Disney World bubble. Players who have recovered from the coronavirus are still required to follow the league’s health and safety protocols.

Source: Rockets are working with NBA office to review video of James Harden at a strip club. If the video circulating on social media is verified to be recent, it is a violation of league’s COVID protocols, which would put Harden’s availability for tonight’s opener in jeopardy.

Right now, the Rockets and the NBA are working together to review the video in question, according to ESPN’s Tim MacMahon.

“If the video circulating on social media is verified to be recent, it is a violation of league’s COVID protocols, which would put Harden’s availability for tonight’s opener in jeopardy,” MacMahon wrote.

Under NBA rules for the 2020-21 season, players found to be in violation of the league’s COVID-19 protocols “may be subject to a proportionate adjustment to pay for any games missed during the period that the player is in quarantine and undergoing testing due to engaging in such activities and/or conduct.”

James Harden took to social media to defend his actions. He said he only went out to support a friend and that it was NOT at a strip club:

The Rockets face the Oklahoma City Thunder for their season opener tonight. We’ll see if James Harden will hit the court.

There are reports that James Harden got into a heated exchange with one of his teammates during practice recently, which resulted in James throwing the basketball at his teammate.

Shams Charania of The Athletic reports:

For instance, The Athletic learned that Harden has had multiple verbal confrontations with teammates in practice on Sunday and Monday, and one confrontation included Harden throwing a basketball at a teammate on Monday.

Sources say Harden and rookie Jae’Sean Tate had a heated exchange during Monday’s practice, culminating in Harden throwing the ball in Tate’s direction. The ball did not hit Tate. Interactions like these between teammates during practice can be part of a normal, competitive environment. Harden, however, is known by those in the organization as a laid-back and calm personality —especially as superstars go — and some around the franchise are viewing this as rising to an uncharacteristic level of frustration given his ongoing situation.

Barack Obama did what all good dads should do: He taught his daughters how to play Spades during quarantine. Turns out, he also schooled Malia’s boyfriend on how to play the game as well since he was on lockdown with The Obamas. More about their quarantine life, plus deets on Sasha Obama putting her dad on to new music inside…. The Obama household has been pretty LIT during quarantine. Since the COVID-19 pandemic has everyone holed up in the house, […]