BACK TO WORK: Here’s The First Look At Halle Bailey As Ariel For Disney’s Live-Action ‘The Little Mermaid’

For the first time, Halle Bailey is seen Ariel as she prepares to wow us all in Disney’s upcoming live-action remake of The Little Mermaid. See the beach shots, plus more details about the film inside…

Production for Disney’s live-action remake of The Little Mermaid was put on pause due to the COVID-19 pandemic. With restrictions lifting across the globe due to vaccine numbers rising, The Little Mermaid cast and crew are back to work in Italy.

Singer Halle Bailey – from the super talented R&B duo Chloe & Halle – was chosen to play Ariel, the role every young “It Girl” in Hollywood was vying for a few years ago. This this will mark the “Grown-ish” star’s feature film debut and we’re excited to see her flex her acting AND singing skills in an iconic role many of us loved as kids.

In the pictures, Halle is seen wearing a wetsuit and a mermaid tail while on the beach with her co-star Jonah Hauer-King (who will play Prince Eric), leading fans to believe the cast is currently in rehearsals. It appears the actors could have been portraying the scene when Ariel and Prince Eric first met on the beach.

First Look at Halle Bailey and Jonah Hauer-King on the set of ‘The Little Mermaid’ in Italy. https://t.co/hQQ8JHst8L

It’s worth noting CGI may be used for costumes in certain scenes of the movie, however, that hasn’t been confirmed by Disney.

Joining Halle are Daveed Diggs as the voice of Sebastian, Awkwafina as the voice of Scuttle, Jacob Tremblay as the voice of Flounder, Melissa McCarthy as Ursula, Javier Bardem as King Triton, Jonah Hauer-King as Prince Eric, and Emily Coates as an unknown character. There’s speculation Emily will play Vanessa – the human form version of Ursula.

The Little Mermaid remake will incorporate original songs from the 1989 animated hit as well as new tunes from original composer Alan Menken and “Hamilton” creator Lin-Manuel Miranda. Miranda is also producing the film along with the film’s director Rob Marshall, Marc Platt and John DeLuca.

We don’t have an official premiere date, but when we do, we will surely let you know! We can’t WAIT to hear Halle’s vocals on “Part of Your World,” if the song makes the cut for the remake.

In between filming, the 21-year-old singer/actress has been feasting on some good eats while serving lewks: 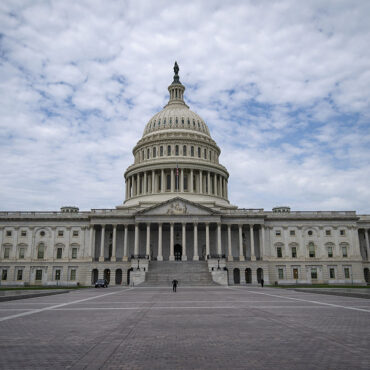 A bipartisan group of 10 Senators have been engaged in negotiations with President Biden to create an infrastructure bill. After negotiations ceased this Tuesday, the group announced they have a tentative plan to propose in the coming weeks. What We Know: The plan includes $579 billion in new spending, which would add up to $1.2 trillion over eight years. Senators said in a statement that the proposal would be paid […]