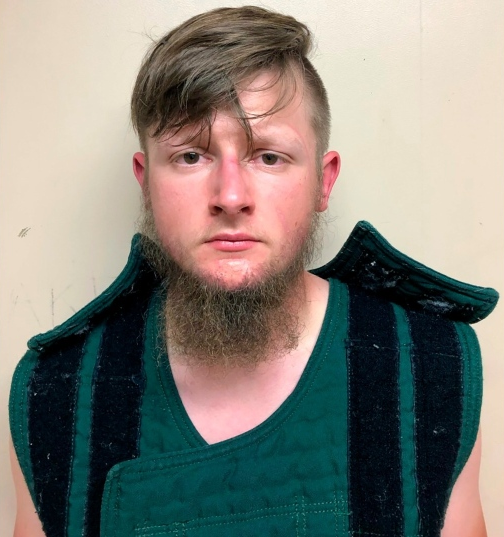 All of the names of the eight victims killed during an Atlanta spa shooting spree have been released. Six of the eight victims were of Asian descent. The shooter – Robert Aaron Long – was arrested (without incident) and charged with eight counts of murder. A racial motive still hasn’t been ruled out. More inside…

Details about the heinous Atlanta-area spa/massage parlor shootings are trickling in.

On the night of Tuesday, March 16th, a lone gunman walked into three Atlanta spas where he shot and killed eight people. A 21-year-old white man – named Robert Aaron Long – was arrested WITHOUT incident (mind you, he was armed) and charged with 8 counts of murder after a manhunt. The alleged murderer was stopped by police after his parents alerted law enforcement that they believed their son might be the suspect. The police were able to track him via his phone.

By the way, we’ve noticed several official reports that left out a picture of his mugshot. We all know if his skin complexion were a different hue, his picture would have been plastered everywhere. Literally. Also, the police were able to apprehend the shooter (who was ARMED) without incident. This is AmeriKKKa.

Robert Aaron Long has reportedly been charged with eight counts of murder and one count of aggravated assault in connection with the shootings. He’s being held without bond.

According to reports, the shooting spree started around 5pm Tuesday evening. Four people were shot and killed in Cherokee County in Acworth, GA. Less than an hour later, four women were killed in two spa shootings in Atlanta in Fulton County.

Delaina Ashley Yaun, 33 – Ms Yaun and her husband had gone to Young’s Asian Massage for a couples massage, according to an online fundraiser set up for the family’s funeral costs. Her husband, who was in another room during the attack, was unharmed. The couple had only recently been married.

Xiaojie Tan, 49 – Xiaojie owned two businesses, including Young’s Asian Spa where the first shooting occurred, according to city business records.She is also listed as the business owner for Wang’s Feet and Body Massage in Kennesaw, Georgia. According to NBC News, she was also a licensed massage therapist.

Daoyou Feng, 44 – Little is known about Ms Feng, who only started working for Ms Tan at Young’s Massage in the past few months, a customer told the New York Times.

Paul Andre Michels, 54 – Kikiana Whidby told CBS News that Mr Michels was godfather to her son. “I’m mad, it couldn’t have happened to a nicer guy,” she told the station. She said that Mr Michels had been out of work for some time, and had been doing maintenance work for Young’s Asian Spa when the shooting occurred. He built his last shelf there on Tuesday, the day of the shooting, she said.

Hyun Jung Grant, 51- Ms Grant’s son told the Daily Beast she worked at the Gold Spa, where she was killed. Randy Park said he learned about her death from a witness to the attack.

Mr Park, 23, said that his mother worked hard as a single mother to two sons, and had been a schoolteacher in South Korea before coming to the US for “regular immigrant reasons”. Mr Park said he is trying retrieve his mother’s body for a funeral after relatives from South Korea were unable to come help.

Soon C Park, 74; Suncha Kim, 69; Yong A Yue, 63 – On Friday, the Fulton County Medical Examiner identified the rest of the victims of Tuesday’s attack. All three women were killed by gunshot. It is unclear which spa they were in or what brought them there.

Elcias R Hernandez-Ortiz, 30 – An online fundraiser for Mr Hernandez-Ortiz, the only victim to survive the attacks, says that he is intensive care after being shot in the forehead, lungs and stomach at Young’s Asian Spa.

Six of the people killed were of Asian descent. Authorities are not ruling out the possibility of a racial motive, but they claim its too early to declare it a hate crime. At the very least, some people have called his actions a hate crime as mostly women were killed.

The alleged killer reportedly told investigators he had a sexual addiction and saw the businesses as “a temptation he needed to eliminate.” He took responsibility for the shootings, “but he does claim it was not racially motivated,” said Captain Jay Baker, (former) spokesperson of the Cherokee County Sheriff’s office.

“He apparently has an issue, what he considers a sex addiction, and sees these locations as something that allows him to go to these places, and it’s a temptation for him that he wanted to eliminate,” Baker told reporters.

During a news conference, Baker said that Robert Aaron Long “was pretty much fed up and kind of at the end of his rope” and that Tuesday “was a really bad day for him, and this is what he did.”

A really bad day? Enough to take innocent lives? Nah, bruh. We’re not surprised though. He apparently posted some xenophobia Facebook posts prior to the shootings.

“Place your order while they last,” Baker wrote above the photo of two T-shirts that said, “Covid 19 IMPORTED VIRUS FROM CHY-NA.”

Captain Baker has since been removed from the case.

Cherokee County Communications Director Erika Neldner announced in a statement that she would be handling media inquiries related to Cherokee County Sheriff’s Office’s investigation into the shootings.

News of the spa shootings raise even more concern about the safety of Asian-Americans as hate crimes against them have increased amid the COVID-19 pandemic, leaving many Asians to feel unsafe.

“Some in the Asian American and Pacific Islander community don’t want to talk publicly about their fear,” said Vanny Mann, a Cambodian American who owns Queen Beauty Salon in Chicago.

We’ve noticed the online chatter about the shootings where some black people have been riding hard with the “stop Asian hate” posts, while others have been popping off about defending Asians because they feel the Asian community doesn’t support black people. Where do you stand?!

A judge gave Vanessa Bryant permission to release the names of the police officers who allegedly shared graphic pictures of Kobe & Gianna “Gigi” Bryant’s remains from the helicopter crash scene. One officer allegedly boasted about working on the investigation and shared photos of their remains at a bar! Details inside… Earlier this month, a federal judge ruled Kobe Bryant’s widow, Vanessa Bryant, can obtain the names of four Los Angeles County sheriff’s deputies who allegedly shared graphic photos of […]