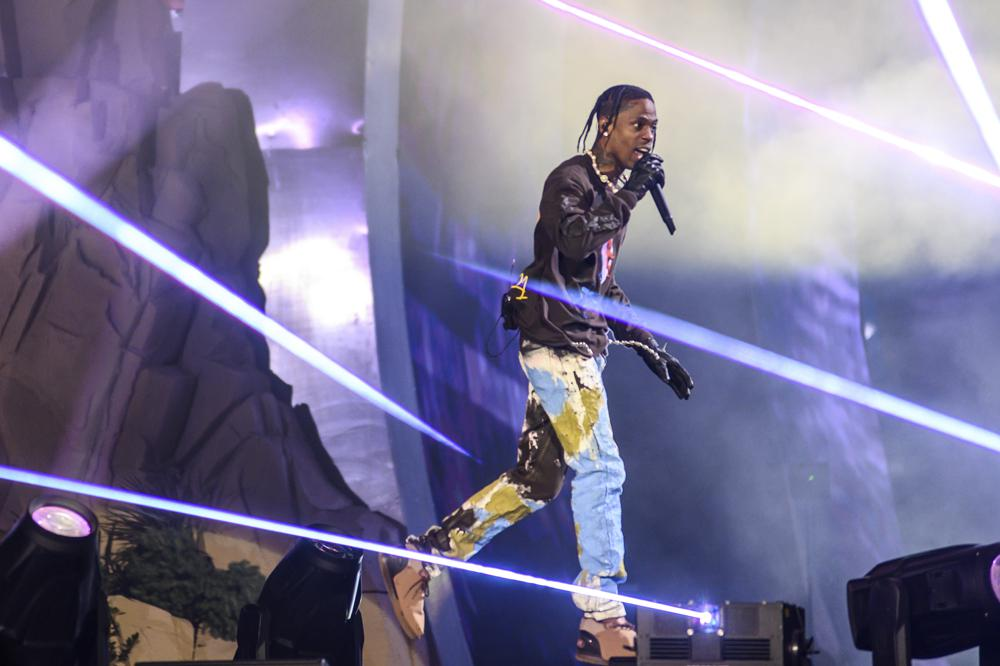 Attorneys Ben Crump and Alex Hillard have filed over 90 lawsuits on behalf of 200 Astroworld Festival attendees.

Now, the total number of lawsuits have reached over 200, including last week’s filings. The lawsuits were filed amid the legal controversy surrounding the music festival that left nine people dead. A 22-year-old college student died from her injuries, bringing the death toll to nine.

Meanwhile, Travis’ lawyers and spokesperson, Stephanie Rawlings-Blake (former mayor of Baltimore) are defending the rapper as he stays holed up in his Houston mansion. Everything inside…

More lawsuits are filing in after the mass casualty event at Travis Scott’s Astroworld Festival last Friday night (Nov. 5th). Tragic chaos took over much of the crowd that was over 50,000 strong when the “SICKO MODE” rapper and his special guest Drake hit the stage.

Initially, there were eight reported deaths, but just a few days ago, another Asrtroworld concertgoer lost their life after she was critically injured when fans rushed the stage at NRG Stadium. 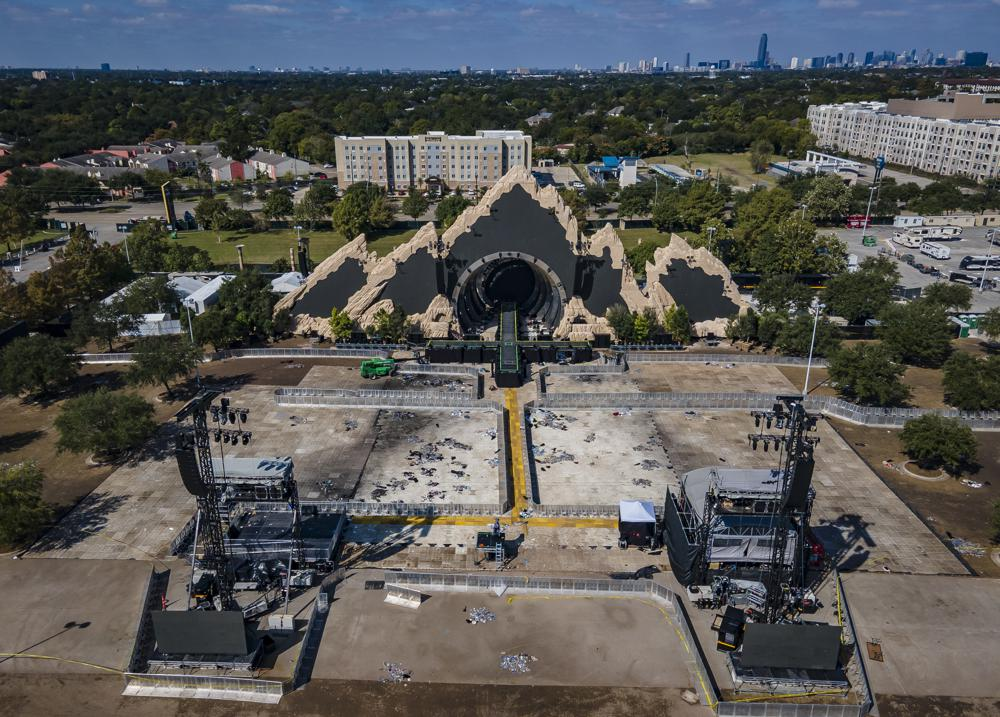 22-year-old Bharti Shahani, who was set to graduate from Texas A&M University in the Spring, died Wednesday night (Nov. 10th), according to attorney James Lassiter, after spending several days on a ventilator in the ICU.

Her family reps confirm neither Travis Scott nor any member of his team has reached out to them.

It was her first ever concert.

Sadly, it was the college student’s first time ever attending a concert and it cost the young woman her life. It’s reported Travis has reached out to her family to offer his condelences.

Bharti’s family spoke out about the tragedy of losing their loved one:

Bharti Shahani, 22, was identified as the 9th victim of the Astroworld concert. Shahani “lost her battle” from injuries sustained at the music festival Nov. 10, according to the family’s attorney.

Previously, Travis’ team announced he would pay for the funerals of all the people who died at the event. All of the concertgoers who died were between the ages of 14 and 27. Tons of concergoers were also injured, including a 9-year-old boy who is in a medically induced coma, according to his family.

The number of lawsuits stemming from last week’s music festival is rapidly growing.

Attorney Ben Crump and other Houston area attorneys are announcing that they will be filing more than 90 lawsuits on behalf of Astroworld Festival victims.

“They never knew something that was supposed to be a great memory for them…would be the worst nightmare of their life” pic.twitter.com/x53r0w2EPo

Last week, Ben Crump filed a lawsuit on behalf of the family of a 9-year-old boy who still remains in critical condition.

NBC News reports event promoters and organizers, including Live Nation and the festival’s headlining artist Travis Scott, are listed as defendants. The lawsuits allege that victims experienced various physical and mental injuries at the festival.

Watch some of the survivors tell reporters about their terrfying, near-death experience during the chaos below:

90 more lawsuits were filed today against Live Nation and Travis Scott.
“I remember being crushed from every side by human bodies all around me,” one of the survivors said outside the courthouse. pic.twitter.com/zX32eN2qNC

“Nobody should ever die from going to a concert, so this lawsuit is not justice about getting justice for them, but it’s about making sure that the promoters and the organizers know that you can not allow this to ever happen in the future,” Ben Crump said during a Friday press conference.

“If Travis Scott is accountable, he absolutely should be held accountable,” he continued. “But don’t forget that Live Nation does these every day, all day, (in) every part of the world. So if we want the change to make sure people are going to be safe, we got to be talking to the person who is the parent corporation, the industry leader. That’s the only way you get change.”

Many of the plaintiffs in the 90+ person lawsuit are suing because they said they were trampled and suffered emotional trauma, mental anguish, back pain and other physical injuries. They have accused the plaintiffs of negligence, and the fact Travis and his team have a history of encourging concert goers to “rage” and telling security to allow for chaos doesn’t help.

According to Deadline, the total number of lawsuits filed after last week’s tragic events is above 200, with more to come.

Stephanie Rawlings-Blake said Travis is “absolutely devastated by what took place” and that the “Antidote” rapper wasn’t aware of the “mass casualty event” until hours after the concert.

“Thirty minutes after the emergency, Travis had no idea what was going on until well later,” she told “CBS Mornings.”

Photo shows the officers snapping pics of Travis’ performance after it was allegedly declared a ‘mass casualty event.’ https://t.co/2NlQ5xV4fl

Houston cops were captured taking pictures and videos while Travis performed 25 minutes after the event was considered a “mass casualty event.” Stephanie Rawlings-Blake argued that if the cops didn’t know the severity of the event, how would Travis?

Still, Houston PD maintains they declared the even a “mass casualty event” less than an hour into the show.

According to Stephanie, Travis was not made aware of what happened until he was notified by his team hours later about the mass casualty incident a significant amount of time after he arrived. After the concert, Travis and friends went to Dave & Busters to celebrate the festival he’s taken so much pride in doing over the years. She denied he knowingly was partying as the tragedy unfolded.

“While a lot of people are trying to place the blame, Travis is taking responsibility for moving forward and trying to make sure this never happens again to anyone’s child,” Rawlings-Blake said.

“He has not stopped grieving for these families. He knows that he is who is because of his fans, his love for his fans is so deep,” she said. “I was struck when I was speaking to him, how deeply he was hurting, because of what happened to the people he loves, in the city he loves.”

She said Travis didn’t have the “authority to stop the concert” and that the only two people who could stopped it were the executive producer and the concert producer. Neither of those positions had names attached to them in the contract.

“Someone has to say where are the breakdowns, where was the communication breakdown, the public safety breakdown,” she said. “This notion that Travis had the ability to stop the concert is ludicrous.”

The Houston Fire Department, Houston Police Department, the FBI and other agencies are actively investigating the incident.

EXCLUSIVE: Travis Scott is seen for the first time since Astroworld disaster https://t.co/Da5Ukqj6m2

Travis was spotted for the first time since the tragedy, pacing back and forth outside of his $14 million Houston mansion. His legal team was also seen chatting with the rapper outside. The Houston rapper is keeping a low profile, canceling his Vegas performance this weekend. There’s an online petition calling to have him removed from the Coachella lineup next Spring.

Also, a woman has been protesting outside of Travis’ Houston mansion:

The 30-year-old rapper and dad has a history of encouraging his fans to “rage,” where he encourages his fans to bypass security and rush the stage. In the past, he has been arrested for inciting a riot.

Six years ago, Travis sat down with GQ to explain what raging is and why he tells his fans to do it:

Just a horrific and tragic situation all around. We’re sending up prayers and condolences to the families who lost loved ones. We also hope survivors receive the justice they deserve! 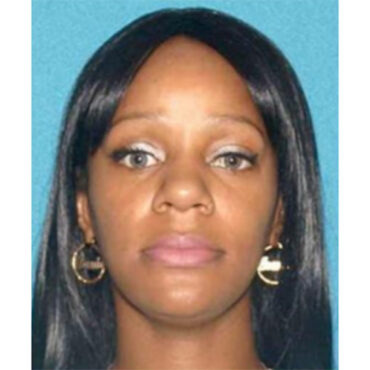 Say What Now? Missing N.J. Teen’s Mother Arrested After Nationwide Attention on Search for Her Daughter

Jamie A. MooreCredit: Essex County Prosecutor’s Office The mother of the New Jersey teen who was found on Friday after vanishing for nearly a month has been arrested under accusations of child endangerment. via People: Jamie Moore, 39, is accused of physical abuse and neglect and has been charged with two counts of second-degree endangering the welfare of a child, the Essex County Prosecutor’s Office said in a statement on […]